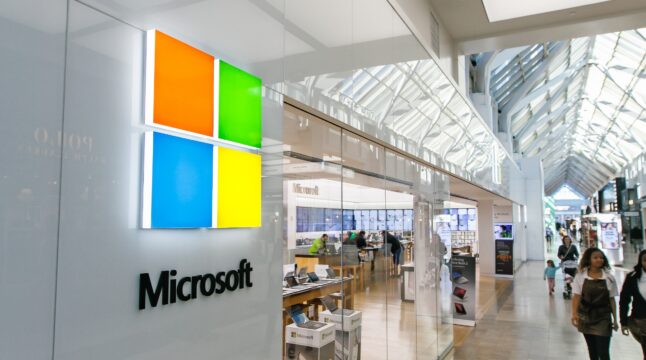 Microsoft’s Q2 earnings report shows a 2% rise in revenue, but a 12% decrease in net income.

Just after the markets closed on Tuesday, January 24th, Microsoft published its earnings report. While the firm missed its projected revenue of $52.9 billion, the results proved impressive enough for investors as the firm’s shares were up more than 4% in after-hours trading.

While analysts projected Microsoft will have earned $52.9 billion in Q2 2023, the firm’s earnings report published on January 24th proved them wrong, albeit only slightly. The tech giant made $52.7 billion—up 2%. Its net income, however, is down 12% and reported to be $16.4 billion.

Despite the narrow miss, Microsofts shares were trading around $252 after-hours, more than 4% above their closing price of $242.04. The tech giant’s stock has been doing relatively well since the start of 2023 and has managed to maintain its price—despite two large drops in the first, and third week of the year—even rising 1% from the January 1st value of $239.58.

Much like many other tech firms, Microsoft has seen a decline throughout 2022, albeit not as dramatic as Tesla and Meta. Furthermore, the giant’s attempt to buy Activision for around $70 billion in the largest acquisition in the history of the video game industry has faced a roadblock in the form of an FTC complaint in December.

By January 10th, around 17,000 workers in the tech sector have been fired, and by last week, the number increased more than twofold as Microsoft announced it would lay off 10,000 employees. Around the same time, Amazon and Alphabet announced similar moves meaning that the three firms collectively shed around 40,000 people.

Interestingly though, recent reports indicate that most tech companies still employ more people than they did just before the start of the covid-19 pandemic. This is generally the result of the skyrocketing profits during the era and the subsequent hiring spree. Microsoft alone added 40,000 people to its workforce between 2021 and 2022 meaning it is up about 30,000 workers, despite the massive layoffs.

Perhaps indicative of how the tech giant sees its future is the news it has renewed its partnership with OpenAI, the creators of the now-famous ChatGPT. Allegedly, Microsoft is planning to invest up to $10 billion in the firm that has recently challenged Google’s search engine dominance.

Do you think Microsoft’s massive investment in OpenAI will pay off? Let us know in the comments below.