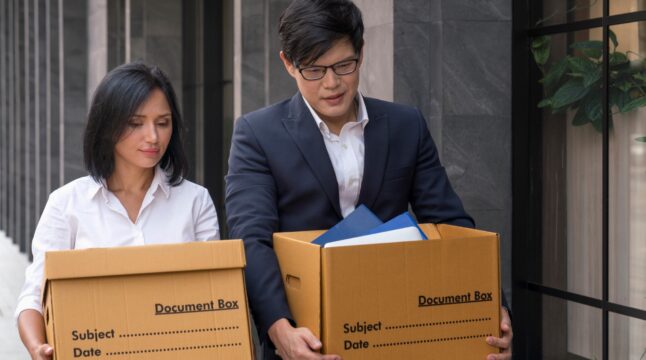 Following the Fed’s monetary reset in the second half of 2022, the new year carries the trend of tech layoffs. On Tuesday, Coinbase announced another 950 jobs to be cut, or one-fifth of its workforce. Will the tech layoffs trend continue in 2023?

In June 2022, one month after Terra (LUNA) crashed, Coinbase (COIN) cut 18% of the exchange’s full-time employees. At the time, Coinbase had around 5,000 workers, which resulted in a reduction of 1,100 jobs. Even then, Coinbase CEO Brian Armstrong warned of an incoming recession as the reason for layoffs.

“We appear to be entering a recession after a 10+ year economic boom. A recession could lead to another crypto winter, and could last for an extended period,”

Little did Armstrong know that his “crypto winter” outlook would be compounded by the FTX crash at the end of the year. On Tuesday, Coinbase announced another round of layoffs, cutting 950 jobs. At the end of Q3 2022, Coinbase reported having 4,706 full-time employees and a $545 million net income loss.

Compared to a net income gain of $406 million in the same period for 2021, it is an apparent reversal of the crypto market. That is the difference between a bull run, spurred on by the Fed’s $5 trillion liquidity injection, and the draining of that liquidity with the fastest interest rate hikes in the last 40 years.

For employee severance packages and other benefits, Coinbase plans to delegate $58 million – $68 million, while $91 million – $95 million will go to stock-based compensation expenditures. Year-over-year, Coinbase (COIN) shares are down 82% but up +18% from the beginning of the year.

What Is the Tech Layoff Trend?

Facebook’s parent company Meta led this trend in November by reducing its workforce by 11,000, followed by Amazon at 10,000 during the same month. Again last week, Amazon plans to fire an additional 8,000 workers, alongside Salesforce at 8,000.

Of the more significant crypto players, Crypto.com had the most considerable employment reduction in 2022 by percentage, at 30%, or 2,000 jobs. Even one of the top investment banks, Goldman Sachs, is cutting 3,200 jobs this week. Overall, more than 150,000 tech workers lost their jobs in 2022, a trend that appears to be intensifying.

The reasoning for this layoff uptick remains the same in all cases – overhiring during an economic boom and economic uncertainty to play out in 2023. Two major institutions, BlackRock and the IMF, have forecasted a deep recession this year.

Likewise, December’s Bloomberg poll shows 7 out of 10 surveyed economists forecasting a recession, with GDP averaging at 0.3% in 2023.

“The US economy is facing big headwinds from surging interest rates, high inflation, the end of fiscal stimulus, and weak export markets abroad,”

As a source of consumer power, a tight labor market is also an inflationary source, which the Federal Reserve wants to weaken in the short run. At his latest public appearance on Tuesday, hosted by Sweden’s central bank, Fed Chair Jerome Powell reiterated the need to stabilize the prices at the cost of jobs.

“Price stability is the bedrock of a healthy economy and provides the public with immeasurable benefits over time. But restoring price stability when inflation is high can require measures that are not popular in the short term as we raise interest rates to slow the economy.”

Lowering employment by making capital more expensive via higher interest rates will continue to lower company earnings. In turn, 2023 should see a higher unemployment level than December’s rate of 3.5%. In the aforementioned Bloomberg poll, economists forecast consumer spending, which accounts for two-thirds of GDP, to stagnate by mid-2023.

With all factors considered, rapid tech layoffs at the start of 2023 foreshadow the rest of the year. Given that the tech sector is more agile than the rest of the economy and that unemployment is a lagging indicator, the loss of tech jobs suggests that the economy is already in decline.

Are you planning to hoard cash or dip into discounted stocks and cryptocurrencies during a recession? Let us know in the comments below.