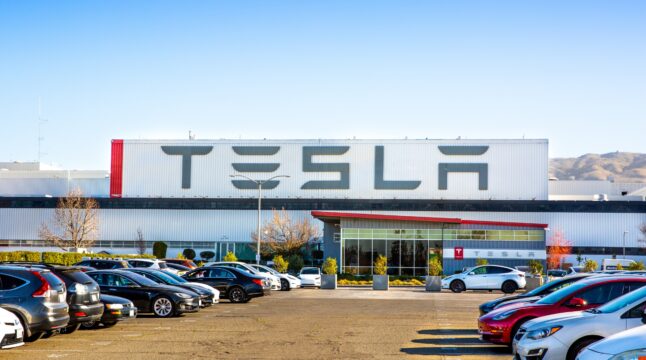 Tesla closed the first trading day after the Christmas break at $109.10 in one of its biggest single-day declines on record.

Tesla closed its first trading day after the Christmas break down another 11%—one of its biggest single-day losses. The day’s closing price of $109.10 is the stock’s lowest value since August 2020.

Tesla Down More Than 11% In a Single Day

Tesla was down 4% already in premarket trading on Tuesday as news of planned lowered output in Shangai in January by as much as 20% started coming out. Due to a worsening covid-19 situation, production, as well as demand in China has been down for some time now, and the news of future woes further rattled investors.

Generally, Tesla has been one of the worst-performing major tech stocks throughout 2022. Already in mid-December, the car-makers shares were down 59% year-to-date and its decline increased to more than 72% YTD by the 27th. At its high point in November 2021, the firm’s stocks were worth more than $400 making its market cap greater than $1.2 trillion.

Tuesday’s drop of 11% brought the share price down to $109.10 and Tesla’s market cap to around $344 billion. Musk’s personal net worth also suffered throughout the year and he conceded the title of richest in the world earlier in December. In early after-hours trading, the stock’s price continued to drop falling below $108 per share.

While Tesla has been having a rough year for most of 2022, Musk’s $44 billion acquisition of Twitter proved a Twitter point. Just between October 27th, and December 13th, the car maker’s shares went down by 28%. Musk has also been selling Tesla shares at various points in the year.

Most recently, the billionaire offloaded 22 million shares, in part to cover some of Twitter’s price tag as he was loaned more than $13 billion by various banks to finalize the acquisition. The covid-related protest in China and the easing of the country’s strict policy regarding the illness also served to harm Tesla.

Reportedly, in addition to production cuts, the car maker lowered its projected fourth-quarter deliveries in China by some 15% due to a surge in reported covid-19 cases. In a bid to support its allegedly waning demand, Tesla recently boosted its US discounts on some of its most popular models to $7,500.

Do you think Tesla’s share price will drop below $100 in 2023? Let us know in the comments below.