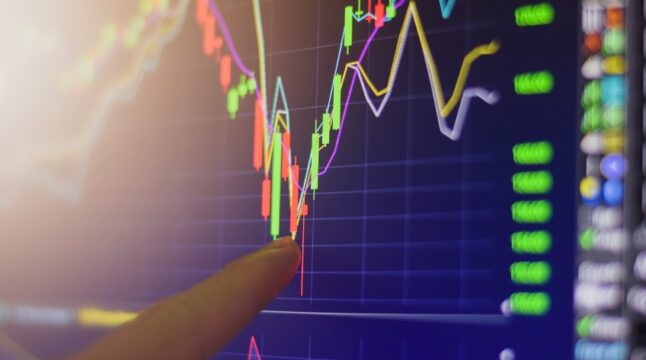 After Binance's recent stress test, it seems only bank runs can truly test an exchange's solvency.

Even before Bankman-Fried was arrested for breaking every rule in the book, proof-of-reserves (PoR) had become a popular crypto term. However, following both the FTX collapse and the recent Binance FUD, what is the real test for instilling confidence in the centralized aspect of the crypto space?

Essentially, a Merkle tree allows auditors to verify the authenticity of data without tracking every piece of it. Instead, each branch of the data tree represents “hashes”, cryptographically compressed data. From top to bottom, auditors can contrast each branch with the data hash of the leaves (user transactions and funds) below it.

If there is a mismatch, it is a sign that the exchange’s reverse may not be trustworthy. Several exchanges have implemented such verification for users: Kraken, BitMex, Gate.io, Coinfloor, HBTC, and Binance. For example, through Binance’s Record ID, each user can verify if their account balance has been included in the exchange’s balance.

By all accounts, FTX would have failed such a basic audit. Even if users’ funds are accounted for on an exchange, who is to say they are not tied to the exchange’s liabilities? This is why proof-of-reserves would have to be combined with proof-of-liabilities to result in true proof-of-solvency as the ultimate trustworthiness test.

After Binance successfully passed the PoR test by Mazars, the international auditor decided to delete the page containing the report on December 7th. Likewise, the Paris-based firm paused all auditing work for crypto clients. This includes not only Binance but also Crypto.com and KuCoin.

“Mazars has paused its activity relating to the provision of Proof of Reserves Reports* for entities in the cryptocurrency sector due to concerns regarding the way these reports are understood by the public,”

Mazars’ withdrawal has been precipitated by a week-long FUD (fear, uncertainty, doubt) surrounding Binance, responsible for over 70% of trading volume after the FTX crash. Simply put, the public misunderstood Mazars’ agreed-upon procedure (AUP) as a full audit. The resulting Binance FUD then avalanched, pushing Mazars itself into the limelight.

In the end, Binance suffered a record-high $6 billion in outflows, still estimated to hold $55 billion worth of crypto assets. Together with other exchanges, eroded consumer confidence resulted in the historic withdrawal of Bitcoin, at over -100,000 BTC, since Sam Bankman-Fried’s criminality was exposed.

However, the compounded FUD did not topple Binance, as a minor outflow caused the FTX to crash. Amid the FUD, Binance CEO assured customers, in one of the CNBC interviews, that the world’s largest exchange “hold user assets 1-to-1 and that is what we do.”

Is a Bank Run a True Solvency Test?

For any exchange to be deemed solvent, one would have to account for its liabilities, not just proof-of-reserves. This is exceedingly difficult to prove, however, as each creditor would then have to verify if they are included in a public list of the exchange’s liabilities. Contrasting debt, instead of just users’ funds, would have to be coordinated and compiled for easy public access.

Another path forward is to make the exchange a publicly-traded company like Coinbase. As such, Coinbase is subjected to quarterly external reviews instead of simple AUPs.

Until a more elegant proof-of-solvency solution arrives, Binance FUD has shown that a bank run is the next-best liquidity test. Not only did Binance survive record outflows (a bank run), but Binance US agreed to buy $1 billion worth of bankrupted Voyager Digital assets.

Like other lenders in the crypto space, Voyager Digital was overburdened with exposure, having listed on its bankruptcy filing a liability hole between $1 billion and $10 billion. The epicenter was the Terra (LUNA) collapse, which transferred to Three Arrows Capital (3AC) hedge fund, to which Voyager Digital was exposed.

In a deadly mix of over-indebtedness and bank run, Nansen pinpointed Celsius Network as partially responsible for Terra’s UST stablecoin collapse. In turn, the $40 billion wipeout of Terra’s ecosystem, led by its Anchor lending platform, resulted in Celsius’ bank run and subsequent bankruptcy.

Crypto space has been evolving in a strange direction. Spearheaded by Bitcoin as peer-to-peer hard money, the original purpose was to avoid centralized moral hazards and rely on smart contracts instead. However, it appears that a centralized and over-indebted infrastructure took point.

The reason is simple. For the end user, it is more convenient to rely on a third party for custody and set-and-forget double-digit yield farming. That shortcut has been completely unraveled. BlockFi, Voyager Digital, Celsius Network, Anchor, Gemini’s Earn program… have all become defunct at a high cost for users.

Even now, as speculation spreads on the next CEX/lender to fail, there is no such talk about decentralized exchanges (DEXes). By the very blockchain nature of DEXes, all of the finances are on full display by default, as users serve as liquidity providers.

Due to their 100% reliance on blockchain and smart contracts, DEXes have slower transaction speeds and lower liquidity than CEXes. In the end, users will have to engage in a trade-off. Is 100% solvency certainty worth it, or is less than 100% certainty worth the convenience?

Do you think fear of insolvency will push mainstream users into DeFi/DEX adoption? Let us know in the comments below.