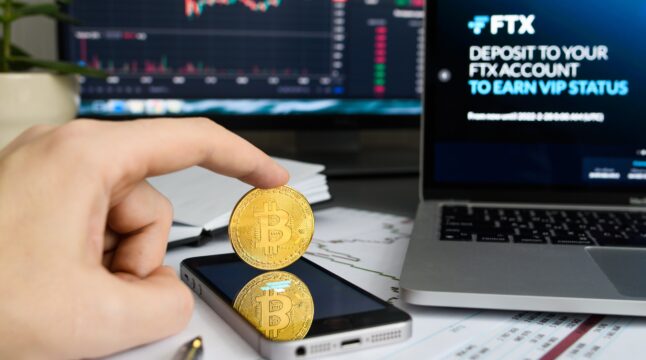 According to a recent report, members of FTX’s and Alameda Research’s inner circle were using a Signal group called “Wirefraud” when discussing company operations. Allegedly, they chose the platform hoping the communication would remain secret. It is still unclear why exactly this name was chosen.

Reportedly, Sam Bankman-Fried and his closest associates—Gary Wang, Nishad Singh, and Caroline Ellison—were using a group chat titled “Wirefraud” when discussing company operations. The group was allegedly created on Signal in hopes the communication would remain secret due to the platform’s reputation for privacy.

The penchant for secrecy FTX’s management shared was initially uncovered shortly after the company filed for bankruptcy as it was revealed that much of the internal communication was done via “auto-delete” messages. On the other hand, according to the company’s new CEO, the former management’s fondness for confidentiality never translated into security and proper record keeping.

In fact, John J. Ray—a man best known for guiding Enron through its bankruptcy—stated in written testimony before the House Financial Services Committee that corporate controls and record-keeping at FTX were so below what could be expected of a similarly-sized company that his team had to start the proceedings from “near-zero”. Perhaps a good example of this fact is the new CEO’s comments on the inclusion of FTX US—a choice often contested by Sam Bankman-Fried in interviews—into the bankruptcy:

Questions have been raised as to why all of the FTX Group companies were included in the Chapter 11 filing, particularly FTX US. The answer is because FTX US was not operated independently of FTX.com. Chapter 11 protection was necessary both to avoid a “run on the bank” at FTX US and to allow our team the time to identify and protect its assets. Since the time of the filing, I have become even more confident this was the correct decision, as the books and records issues at FTX US and the many relationships between FTX US and the other FTX Group companies become clearer.

Ray’s new testimony contains a wealth of both new information and context, as well as multiple confirmations of earlier reports. For example, it was previously revealed that FTX loaned billions in users’ assets to Alameda. The new CEO confirms this as a fact in his testimony explicitly stating his team identified comingling of assets. Furthermore, the new CEO explains that Alameda had the ability “to borrow funds held at FTX.com to be utilized for its own trading or investments without any effective limits.”

Ray also briefly commented on Sam Bankman-Fried’s many media appearances even though he had FTX disavow all post-bankruptcy statements of the previous CEO. While offering some insight on the matter of FTX US, Ray refrained from commenting Bankman-Fried’s offers to help with the bankruptcy proceedings. According to the new CEO, the company is running a “professional investigation” and will seek information from SBF “as appropriate”.

The testimony also details the progress made with the investigation through its first month. While the process is troubled both by “complex technical challenges”, and “the massive amount of data that must be reviewed” Ray’s team is able to confirm several key points.

Not only were FTX assets comingled with Alameda’s funds, but Alameda Research was able to use client funds in margin trading and thus exposed users to “massive losses”. Furthermore, FTX Group went on a “spending binge” worth $5 billion in 2021 and 2022 that included the successful bid for Voyager, and the planned acquisition of Celsius, as well as three rounds of funding for the former CEO of The Block.

SBF repeatedly stated he heavily regrets filing for bankruptcy. Furthermore, he accused John J. Ray III of unduly pressuring him to file for chapter 11 protection in a recent interview with Forbes. In stark contrast to Bankman-Fried, Ray said in his testimony that the proceeding up to this point made him increasingly confident that filing for bankruptcy was the right move.

Was the name of the group just an ill-conceived joke, or indicative of a sinister intent? Tell us what you think in the comments below.