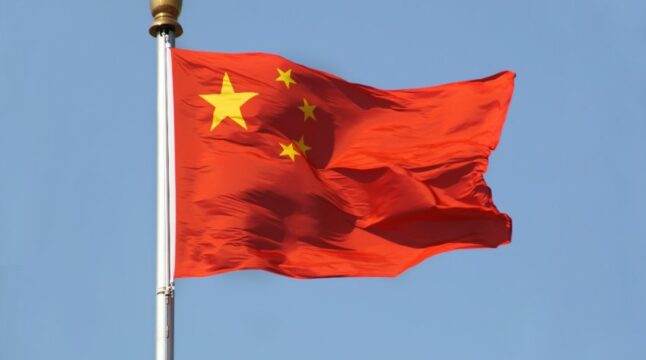 The key person responsible for digital yuan reveals CBDC consensus across the board.

China has been at the forefront of central banking innovation, pushing the digital yuan the farthest as central bank digital currency (CBDC). Over the weekend, Mu Changchun, heading that effort, revealed key implications of this new form of money.

Heading Digital Currency Research under the umbrella of the People’s Bank of China (PBoC), Changchun told the gathering that digital RMB (yuan) is both controllable and anonymous. However, under his definition of anonymity, it is one that is conditional, as it “guarantees the public’s reasonable anonymous transaction and personal information protection needs.”

Of course, when something is framed as “reasonable” it means that any number of conditions could be placed. This way, one side – the central banking side – may view it as reasonable from their perspective. Such sentiment is in lockstep with the head of the Bank for International Settlements (BIS), Agustín Carstens.

It is no surprise that Mu Changchun was a contributor to the BIS Innovation Summit in 2021. In this state of agreement between BIS and PBoC, physical cash should not be conflated with CBDCs as digital equivalents. Physical cash is anonymous in the colloquial sense of the word, unburdened by extra “reasonable” stipulations. Therefore, physical cash is truly private.

Changchun noted that “complete anonymity has never been considered”, as it wouldn’t allow effective prevention of money laundering, tax evasion, and criminal behavior. This balancing mindset among central bankers is so prevalent to the point of Changchun stating that:

“Freedom without constraints is not true freedom.”

Not only does China’s approach match BIS, but it also matches the European Central Bank (ECB). At the end of March, the ECB published a report on the digital euro, noting that it wouldn’t be anonymous as physical cash. The head of the EP’s Committee on Economic and Monetary Affairs, Fabio Panetta, may as well have given the keynote speech in China.

“Full anonymity is not a viable option from a public policy perspective. It would raise concerns about the digital euro potentially being used for illicit purposes.”

All of this means that CBDC serves as a boundless platform for extra features, tweaked along the way. It would then be up to authorities to determine those features at any given moment, such as Canada freezing bank accounts if certain kinds of protests are not favorable.

How Does China Deal with Potential Abuse?

To bridge the gap between cash-like anonymity and reasonable anonymity, Changchun introduced the term “controllable anonymity”. It consists of four levels to be viewed as reasonably free of potential abuse:

Based on the major single-point-of-failure issues alone, it is fair to say that CBDC is a very top-heavy system.

Outside of technical issues, CBDC relies on a network of authorities with obfuscated public accountability. On the upside, such a digital money system would prevent extreme situations like deploying tanks to avoid bank runs.

If digital wallets replace traditional banking accounts, the reaction to monetary woes is diffused. How can one protest a remote, abstract entity handling digital funds in an app? Moreover, a central bank could airdrop funds to stimulate the economy and rapidly alleviate major financial instability.

Just yesterday, China announced the launch of a 300 billion yuan ($44 billion) fund to bolster the financial sector against property developers’ liabilities. A traceable, frictionless CBDC mechanism would be a superior solution to the high level of fraud and abuse that occurred during the issuance of stimulus packages in the US.

Nonetheless, CBDCs seem to be infused with unnecessary liabilities, from technical to potential legalized abuse. China’s E-CNY whitepaper already showcased that it is more about control than end-user convenience and financial access. It also seems that China is merely implementing an already finalized BIS/ECB/FATF consensus.

Do you think people care enough to own private keys to avoid CBDC entanglement? Let us know in the comments below.