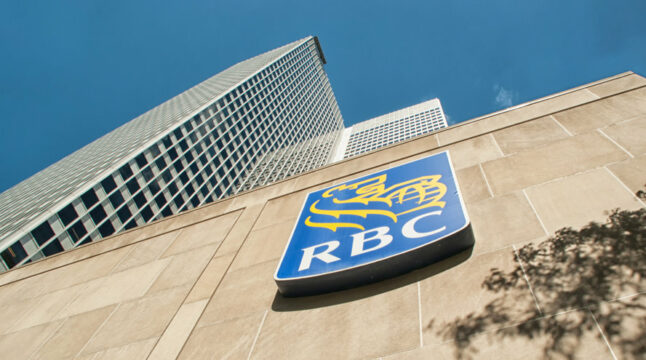 Five major Canadian banks were hit by an hours-long outage on Wednesday, convincing some that a bank run might be occurring.

A number of major Canadian banks were hit by an hours-long outage on Wednesday. The outage happened one day after the Canadian Government invoked the Emergencies Act, giving officials the authority to freeze bank accounts of suspects, seize protesters’ trucks, and suspend their vehicle insurance.

The RBC, Canada’s largest bank in terms of market capitalization, confirmed the outage in a tweet. During the late hours of Wednesday, when asked about why the bank is down, it said:

“We are currently experiencing technical issues with our online and mobile banking, as well as our phone systems. Our experts are investigating and working to get this fixed as quickly as possible, but we have no ETA to provide at this time.”

However, data shows that other Canadian banks were also hit by outages between 5 p.m. and 6 p.m. Eastern time.

While the cause of the outage is not clear, some Twitter users are speculating that a bank run might be occurring. One user argued that since the financial system is “insanely” leveraged, it might get into trouble even if a small portion of users start cashing out. They said:

“The game theory of a bank run is pretty scary when the financial system is so insanely leveraged. Even if only 5% of people participated, the remaining 95% are screwed.”

Some users have even argued that Canada’s recent policy against protestors, which allows financial institutions to freeze bank accounts of suspects without any form of prior notice, has “crushed consumer confidence in the banks in less than 48 hours.”

Ezra Isaac Levant, a Canadian media personality and far-right political activist, seems to agree that Canadians have lost their trust in banks. “Alternative theory: system overload: a million Canadians decided they don’t quite trust the banks anymore, now that Trudeau is in charge of them. Was there a bank run?” he said.

On the other hand, some have pointed out that banks have only been having trouble with their websites. There is no strong evidence that banks are running out of cash. “It shows “outages”, which would mean people unable to get on the website or app, not withdrawing physical cash,” one user said.

Canada is currently in the midst of ongoing protests against all covid health restrictions. It all started when a convoy of truckers started to protest against a new mandate requiring them to be fully vaccinated when crossing the Canadian-US border. The protests then attracted thousands of pedestrians, who want all Covid-19 preventative measures to be dropped.

To handle the protests, Canadian Prime Minister Justin Trudeau invoked the Emergencies Act earlier this week. The government also took several measures to cut the financing sources of the protestors. In the first place, they forced crowdfunding platforms GoFundMe and GiveSendGo to block payments to the convoy.

After this, the protestors turned to crypto to raise funds. This arguably pushed the government to expand its anti-money laundering (AML) monitoring and terrorist financing scope to include crypto and crowdfunding platforms.

And more recently, local media outlets in Canada obtained letters sent by the Royal Canadian Mounted Police (RCMP), the country’s federal and national police service, and the Ontario Provincial Police to some crypto exchanges, mandating them to halt transactions to over 30 cryptocurrency wallets addresses considered to be connected with the convoy protests.

Do you support Canada’s move to freeze the bank accounts of protestors? Let us know in the comments below.