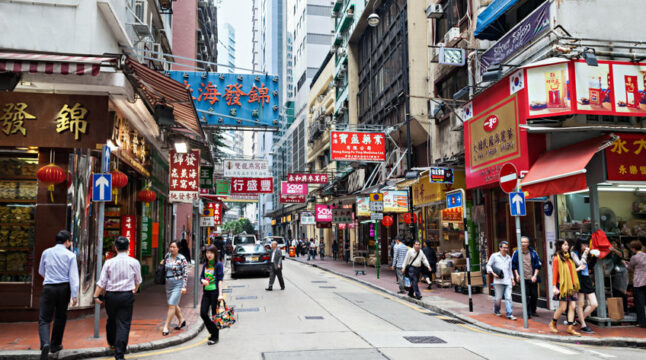 The Digital Euro offers a lot of benefits to Central Banks but could come at the cost of increased surveillance.

Given the benefit they can bring to Central Banks worldwide, CBDCs seem inevitable. China is ahead of the curve with its Digital Yuan project now running across 23 cities. Meanwhile, Europe is still debating over its CBDC project the Digital Euro, especially on its potential effects on citizens’ privacy.

China’s Central Bank, the People’s Bank of China, announced on Saturday its expansion of the Digital Yuan pilot program to 11 more cities from the previous 12.

The latest lineup of cities involved with China’s central bank digital currency (CBDC) trial is the following: Chongqing, Fuzhou, Guangzhou, Tianjin, and Xiamen. The other six cities are in the eastern Zhejiang province, which holds 57.3 million people. Overall, since the CBDC trials started in Shenzhen in October 2020, people used it to transact $11.24 billion worth of goods and services by the end of 2021.

Moreover, the Digital Yuan (e-CNY) helped Chinese police catch scammers last November. In a classic case of a call-in scam to provide a service for an up-front payment, they lifted off 200,000 Yuan ($32,000). However, because they used an e-CNY wallet to attempt to launder the ill-gotten gains, they were swiftly caught.

Although having tackled criminals, that case demonstrated what many have been warning about. Is the CBDC design inherently such to serve as a platform for programmable surveillance money?

After the US Dollar, the Euro is the world’s second-largest reserve currency, which may be eroded in the coming years. Although the Eurozone represents a market size of 343 million people, that market is highly dependent on Russian energy imports. In turn, when the EU nations imposed sanctions on Russia, they effectively imposed them on themselves too.

Consequently, Germany and Austria have already taken steps toward oil and gas rationing. This highly tense context is important to understand. After all, it will be the environment in which the Digital Euro is developed, with all the design choices picked along the way. Last July, the European Central Bank (ECB) issued a report on what a digital euro may end up looking like.

At the time, it appeared that ECB would gain unprecedented control powers via the Digital Euro:

Since then, the EU already revealed its surveillance hand with the latest crypto proposal to ban un-hosted wallets, so all transactions could be reported and parties revealed. It is even more stringent than the equivalent South Korean implementation, as it got rid of the minimum transaction threshold.

CBDC Would Not be as Anonymous as Spending Cash, says ECB

In this context, the latest ECB research published last month comes as no surprise. Indirectly, the 128-page report states that the Digital Euro would be a different type of money compared to fully anonymous physical cash.

“However, there was concern that it would lead to increased control, as it would not be as anonymous as spending cash.”

Moreover, Fabio Panetta, the same ECB board member who stated that “activities such as Bitcoin should not be tolerated” is the person who is using focus groups on merchant and retail payment habits to fine-tune the design of the digital euro.

Interestingly, Panetta revealed that transaction privacy is an off/on feature, suggesting “even more privacy could be enabled for lower-value online and offline payments”. In other words, as a programmable platform, CBDC could offer degrees of privacy, depending on the current political and economic situation.

However, Panetta doesn’t view the inherent problem with such a platform, stating that “privacy… is not a technical issue; this is a political issue.” Case in point, a CBDC in the hands of someone like Canadian Prime Minister Trudeau would serve as an instantaneous deplatforming tool, but without a bank run risk. After all, with a CBDC in place, such a concept would no longer be meaningful.

Lastly, in his statement to the EP’s Committee on Economic and Monetary Affairs, Panetta noted that anonymous digital cash is not in the interest of public policy.

“Full anonymity is not a viable option from a public policy perspective. It would raise concerns about the digital euro potentially being used for illicit purposes.”

That effectively means that the current physical euro is not fit for purpose, as fully anonymous cash. This raises the bar on what is viable or not, or who should be in charge of deciding such matters.

Are Decentralized Stablecoins Better than CBDCs?

For crypto investors, stablecoins have been serving as borderless and frictionless payments. This is the very same niche that CBDC is aiming to fill but without the potential surveillance and abuse baggage. However, not all stablecoins are created equal, especially algorithmic ones that rely on a dynamic ecosystem.

Neutrino (USDN) showcased what happens when there is too much speculation. Today, USDN depegged from the dollar by as much as 18%, defeating its raison d’être.

The cause for the de-pegging runs between accusations of shorting and running a Ponzi scheme.

This incident puts Terra’s UST algorithmic stablecoin in a brighter light, as more bitcoins are used to fortify its collateralization, up to $10 billion worth in total down the line. The question is, will CBDCs interrupt the evolution of stablecoins? In the end, they already fulfill all the digital payment benefits that Panetta uses to push the Digital Euro.

Do you think there is too much potential for abuse with a CBDC? Let us know in the comments below.