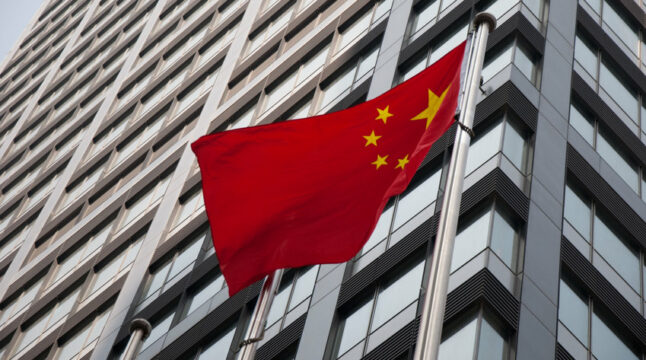 Chinese officials have hunted down a gang suspected of laundering money using the digital yuan.

Chinese officials have arrested members of a criminal group charged with alleged money laundering using the country’s CBDC, the digital yuan. The news implies the Chinese government and law enforcement will have greater control and oversight over financial activities in the country with its CBDC.

The Xinmi Public Security Department arrested members of a gang, composed of 11 members, in the Fujian Province for allegedly scamming a person for 200,000 yuan ($32,000).

Reportedly the victim, named Qu, received an unusual call saying that there was a quality issue with items they ordered online. The caller assured Qu he would be compensated 3x the value of the items.

To receive the payment, Qu was asked to follow some instructions, which included transferring more than 200,000 yuan, via multiple transactions, to the accounts provided by the suspect. Chinese media reported that:

“In the name of identification verification, the other party requested multiple transfers, totaling more than 200,000 yuan, and then realized that he had been deceived,”

Nevertheless, the local police discovered during the investigation that the suspect has used an e-CNY wallet to launder money. Following the transactions of the digital wallet, the police arrested a 26-year-old suspect named Lin, along with 10 other suspects.

China Now Has Greater Control Over Its Financial Activities

The digital yuan is considered to be the first major CBDC to be rolled out. China started its research into digital currencies back in 2014, but the country has been fast-tracking the broader rollout of its e-currency recently.

As covered by The Tokenist, China’s digital yuan app was used by 139 million people by mid-September. By early November, that figure had passed the 140 million mark; meaning roughly 10% of the Chinese population have now used the digital yuan app.

Despite all the progress, there is still no official launch date for the digital yuan. However, some expect the digital currency to be launched by Feburary 2022 in time for the Beijing Winter Olympics.

Meanwhile, e-CNY has prompted user privacy concerns. When the People’s Bank of China (PBoC) published its e-CNY whitepaper, it acknowledged that the digital currency would trace transactions. Indeed, the PBoC paraphrased this activity as “managed anonymity,” adding:

“[The] e-CNY follows the principle of ‘anonymity for small value and traceable for high value,’ and attaches great importance to protecting personal information and privacy.”

Justifying this, the PBoC pointed to the possible illegal use cases for the e-CNY, saying:

“It is necessary to guard against the misuse of e-CNY in illegal and criminal activities, such as tele-fraud, internet gambling, money laundering, and tax evasion by making sure that transactions comply with [anti-money laundering/combating of financing of terrorism] requirements.”

However, this reasoning was not successful in resolving privacy concerns, particularly since the country has a reputation for draconian surveillance measures. In the US, some senators wrote to China’s Olympics Committee back in June, asking them to “forbid American athletes from receiving or using digital yuan during the Beijing Olympics,” citing privacy concerns for athletes.

“The digital yuan is entirely controlled by the PBOC, and can be tracked and traced by the central bank,” said the letter, which was written by senators Marsha Blackburn, Roger Wicker, and Cynthia Lummis.

Do you think the e-CNY is a concern for user privacy? Let us know in the comments below.