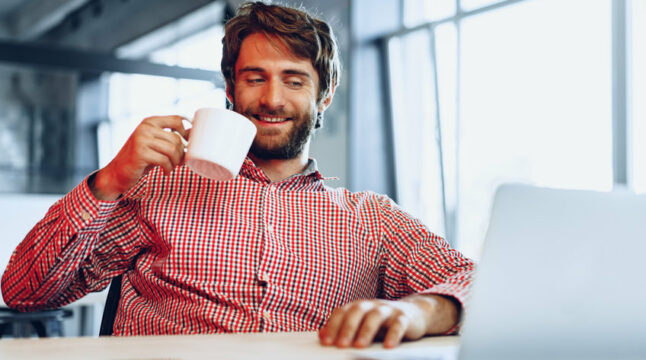 Terra (LUNA) and Avalanche (AVAX) have made significant gains in TVL over the last month.

A year has passed since we made the case for Ethereum as the winner of smart contract wars. That projection still stands based on a variety of metrics. For instance, Electric Capital updated its report for the end of 2021, showcasing that Ethereum is in its own category by developer count, 2.8x more than the next smart contract platform, Polkadot.

However, that percentage doesn’t quite align with Ethereum’s total value locked (TVL) in smart contracts attached to those dApps. Furthermore, there are some surprises when it comes to the lineup of potential ‘Ethereum Killers’.

It is no secret that Ethereum’s prohibitive and volatile gas fees opened the doors wide open to competition. Many thought Binance Smart Chain, Solana, or Cardano would exploit this opening the most. Solana (SOL) certainly made a showing of it by outperforming Ethereum by 500% up until last September.

However, things didn’t turn out as expected for Ethereum’s competition. While Ethereum itself holds the bulk of the smart contract value at 55.54% ($108 billion), its market share is a drastic decrease from last March’s 83 percent. It turns out, Ethereum’s biggest market share eater is Terra (LUNA) at 11.71% ($22.77 billion), leaving Solana in the dust by 3.4x larger market share.

This is twice as much as BSC, which is no small feat considering Binance, the world’s largest crypto exchange, deployed it. Furthermore, just next to BSC is Avalanche (AVAX) at 5.51% ($10.72 billion). Both LUNA and AVAX are the strongest smart contract platform growers, at the expense of other blockchains.

If we compare them to March 2021, AVAX had a 0.37% market share while LUNA had 0.42%. The growth factors are quite impressive, at 14.8x and 27.8x respectively. The question is, what stands them apart to achieve such market share success?

The first thing one notices about these blockchains is they are both layer 1 networks. To scale up, Ethereum relies heavily on layer 2 networks, such as Arbitrum or Loopring. However, these L1 blockchains, already fully proof-of-stake,  are more straightforward to use with a greater incentive structure. Specifically, both LUNA and AVAX not only offer faster transaction execution but also have negligible levels of transaction fees.

Moreover, Terra has a big trick up its smart contract sleeve – an algorithmic stablecoin. In tandem with Terra’s native token LUNA, its stablecoin UST uses LUNA as a way to absorb volatility and retain its peg to USD. This means that UST’s collateralization is one of the most decentralized in the DeFi space.

With doubts spurred on Tether (USDT) and its collateralization, this gives LUNA a further edge. As for Avalanche (AVAX), it is one of the few PoS blockchains with a token-burning mechanic from multiple sources, leaving it effectively capped much like Bitcoin itself.

Even more importantly, AVAX is an enterprise-grade blockchain with up to 10,000 tps and beyond with higher-end PCs. It owes this to its unique architecture consisting of many independent blockchains, making it a heterogeneous network.

Each of these subnets can have up to 4,500 tps, which is comparable to Visa’s network speed. Moreover, each subnet can either be permissioned or permissionless, making AVAX flexible enough to be used both by the public and by private enterprises.

With that said, Ethereum still holds a significant first-mover advantage, poised to undergo major upgrades during 2022 and 2023 – Beacon Chain docking and sharding. In the interim, Ethereum’s still high fees are not doing it any favors.

The world has been in a tight spot for the last two years. Shutdowns, small business decimation, wealth transfer to the biggest corporations, supply chain disruptions, unrest, and record-high money supply increase followed by record-high inflation.

With the political pressure mounting to stamp on inflation, the Federal Reserve is about to introduce its first interest rate hike this month. For the stock market used to borrowing cheap money, this is not good news, especially for tech-heavy indices like Nasdaq.

By the same token, Ethereum is effectively considered by institutional investors to be a software-growth stock. This is why it tends to follow Nasdaq, but it seems to outperform it with increased recession risk and stock market volatility, according to Bloomberg’s Bitcoin & Bonds vs. Crude Oil report.

Furthermore, with the Russia-Ukraine conflict sparking unprecedented sanctions against Russia, one of the world’s top oil and gas producers, it puts further aggravates the economic fallout.

Accounting for these factors, Bloomberg senior commodity strategist, Mike McGlone, warns in his March report that investors should not be surprised if Ethereum drops to March 2021 levels.

“If equities drop fast, Ethereum could repeat last summer and revisit about $1,700.”

Although present geo-political and economic instability is not a good foundation for forecasts, it bears reminding that Fed-induced market downturns were historically short-lived. However, the current economic problems do not just relate to the Fed but to a variety of global reasons as well, which makes the future hard to predict for anyone.

With smart contract diversification in full force, do you think it’ll be harder for any one of them to maintain dominance like Ethereum? Let us know in the comments below.