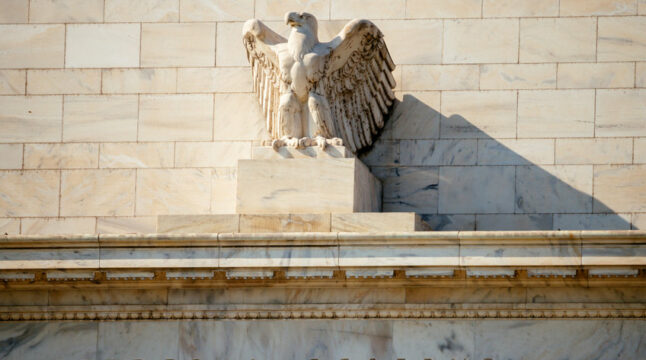 Fed to Hike Rates in March, but It Won’t Necessarily Help Inflation – Here’s Why

The Federal Reserve signaled plans to raise interest rates by as soon as March and to steadily tighten policy in its two-day policy meeting that concluded on Wednesday. Markets largely moved higher when the Fed released its policy statement but gave up all gains and even turned negative as Chairman Jerome Powell responded to questions from reporters.

Meanwhile, the Fed ostensibly aims to raise rates to cope with soaring inflation. However, some experts, as well as historical data, suggest that there might not be a strong correlation between rate hikes and inflation levels.

The Fed kept interest rates unchanged on Wednesday but signaled that a rate hike may come by as soon as March. In a statement, the central bank said that a quarter-point hike is probable, which would be the Fed’s first rate hike since 2018. The statement said:

“With inflation well above 2 percent and a strong labor market, the Committee expects it will soon be appropriate to raise the target range for the federal funds rate.”

Notably, stocks moved higher following the statement. At around 2 p.m. ET, the Dow Jones Industrial Average gained approximately 500 points (or 1.4%), the S&P 500 was up by 2.2%, and the Nasdaq Composite added the most, rising by 3.3%. Further, the benchmark 10-year Treasury note yield moved slightly higher to 1.7995%. However, things started to go south as Powell answered questions from reporters.

During the conference, Powell claimed that the central bank’s rate hikes wouldn’t hurt the recovery of the labor market. “I think there’s quite a bit of room to raise interest rates without threatening the labor market,” he said, adding that job openings currently exceed unemployed Americans, which implies that the labor market is “very, very strong.”

Powell also signaled that the central bank is winding down its intense monetary policy support, claiming that the economy has become strong enough. He said:

“In light of the remarkable progress we’ve seen in the labor market and inflation that is well-above our 2% long-run goal, the economy no longer needs sustained high levels of monetary policy support.

That is why we are phasing out our asset purchases…and we expect it will soon be appropriate to raise the target range for the federal funds rate.”

Powell also warned about inflation, saying that it might persist more than expected. “There’s a risk that the high inflation we are seeing will be prolonged,” he said, adding that there is even risk that it will move higher. As previously reported, inflation spiked 7% in December, reaching the highest level in 40 years.

Meanwhile, it is worth noting that crypto and stocks have reacted simillarly to the Fed news. According to Josh Olszewicz, head of research at Valkyrie Funds, this could benefit Bitcoin in the short term. He said:

The Fed aims to handle soaring inflation by raising interest rates. Notably, this is not the first time the central bank has used this strategy. Back in the 1980s, when the US was suffering from a decade-long period of rapidly rising prices and weak economic growth, Fed chairman Paul Volcker managed to reduce inflation by increasing rates—or did he?

When Volcker was appointed as the Fed Chair in 1979, he raised interest rates to an unprecedented 20%. He called the move a shock therapy intended to break Americans’ anticipations that prices would continue to rise forever.

“I’m not sure we understood all the implications,” he said in an interview with The New York Times. And in fact, the action triggered an economic downturn that drove thousands of businesses to bankruptcy. While inflation did subside, it is still unclear whether it was as a result of rising rates.

Robert Lucas, an American economist at the University of Chicago, said:

“Central bankers and even some monetary economists talk knowledgeably of using high interest rates to control inflation, but I know of no evidence from even one economy linking these variables in a useful way.”

Do you think rate hikes would affect soaring inflation? Let us know in the comments below.