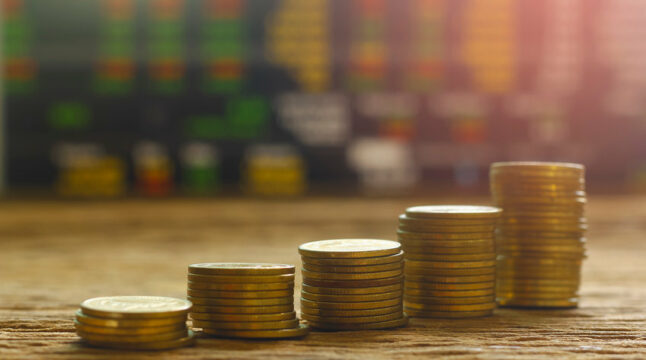 Inflation rose by 6.2%, followed by Bitcoin hitting a new all time high.

According to the latest numbers coming out of the U.S. Bureau of Labor Statistics, the state of the economy can be summed up neatly by this tweet by Preston Byrne.

“According to official numbers, your money is now losing 1% of its value every 30 days.”

Inflation for all items has now increased to 6.2%. Meaning, your dollars are worth less when paying for products and services. This level of inflation represents the highest rise in the last 20 years.

Of course, the official data itself could be massaged to keep markets calm, as suggested by Anthony Pompliano. He suggests the “unofficial number” is over 10%, which would paint an even gloomier picture for the US economy.

This is why Jack Dorsey, the owner of Twitter and Square, with his access to direct merchant data claimed we are already in the beginning stage of hyperinflation.

What we do know is how the Federal Reserve’s forecasts have turned out. On March 17, 2021, the Federal Open Market Committee (FOMC) placed the inflation forecast at 2.2%, as the core PCE (Personal Consumption Expenditures excluding food and energy). This rate was supposed to decrease to 2.0% in 2022.

Instead of following through on the forecast by the world’s most powerful monetary institution, the core PCE has doubled, which is no small mistake to overlook. To make matters worse, personal income growth has turned negative, presenting another market force that is depreciating the value of consumers’ assets.

Overall, confidence in the economy is growing weaker by the day, exacerbated by things like the Great Resignation as people become disillusioned with work. Needless to say, this cocktail of failed forecasts, labor shortages, and major supply chain disruptions doesn’t bode well for the US economy.

How Did The Fed Contribute to Inflation

When the first lockdowns were announced in March 2020, the stock market crashed, an event now dubbed as “Black Thursday”.

The Fed came to the rescue by drastically ramping up its quantitative easing (QE) program, injecting unprecedented new money into the economy. It’s worth noting that the first uses of QE were in 2008 — which makes the program relatively untested in regards to its long-term consequences.

Since the financial crisis of 2008, the Fed has been propping up the stock market with quantitative easing (QE). This QE practice is highly controversial as the Fed directly and continuously intervenes in the market by buying financial assets and government bonds.

Through its Open Market Operations (OMO), created in the 1920s, the purpose of QE is to stimulate the economy by injecting it with new money, however, this creates three major effects:

Liquidity traps are further exacerbated when we already know that younger generations are saving more than spending.

Can The Fed Reverse Inflation?

Tapering – which means reducing bond purchases to push interest rates higher – will hopefully cool down the overheated economy. Unfortunately, this is becoming increasingly difficult to achieve. Having grown used to cheap money, the stock market has become dependent on the Fed’s QE. Consequently, the last time tapering was attempted, the stock market responded with a ‘taper tantrum’, in May 2013, which caused a 5.6% pullback for the S&P 500.

Suffice to say, the stock market has grown increasingly more reliant on the Fed since 2013. When borrowing becomes more expensive after the Fed raises interest rates, the market may drop significantly lower.

The Fed has already spoken about tapering on multiple occasions, the latest on November 3.

“…the Committee decided to begin reducing the monthly pace of its net asset purchases by $10 billion for Treasury securities and $5 billion for agency mortgage-backed securities.”

Although the Fed’s track record of making accurate forecasts is poor, the stock market has possibly already priced in tapering. Nonetheless, the wider context will end up being the deciding factor.

“If we do see inflation remain stubbornly high, or go even higher into Q1, then that will spook the market,” Sam Stovall, chief investment strategist at CFRA Research.

Has the increased inflation rate motivated you to keep your savings in a “crypto bank?” Let us know in the comments below.