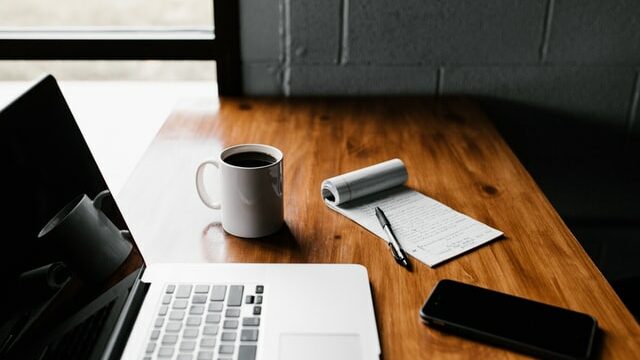 Young people are increasingly seeing crypto as a way out of working their whole lives.

The common perception of what defines a ‘good’ job is steadily shifting. From hyperinflation concerns to work stress, over half of GenZs are increasingly seeing cryptocurrency as an escape route out of a lifetime of meaningful work.

The Social Fabric Is Shifting

After the pandemic disrupted everyone’s plans, sparked supply chain disruptions, and led to many people losing their jobs, some decided to wait it out. Although stimulus packages helped, such a drastic money supply increase contributed to inflation getting out of hand, potentially transitioning from “transitory”, as suggested by the Federal Reserve, to hyperinflationary, as our forward by Twitter CEO Jack Dorsey. Now, the US economy is defined by rising consumer prices, labor shortage, goods and commodities shortages.

By the end of August 2021, the US Bureau of Labor Statistics reported 10.4 million job openings, as people took stock of their life choices. August also saw 4.3 million workers quit their jobs, representing 2.9% of the workforce. Anthony Klotz of Texas A&M University was the first to name this trend the ‘Great Resignation’.

“When there’s uncertainty, people tend to stay put, so there are pent-up resignations that didn’t happen over the past year.”

However, this trend is not specific to the West. It seems that after a certain threshold of meeting basic life’s comforts is reached, facing work stress is an uphill battle. In China, the same phenomenon has been called “lying flat“. Prominent Chinese novelist Liao Zenghu described it as a break up from a “cycle of horror”.

“In today’s society, our every move is monitored and every action criticized,”… “Is there any more rebellious act than to simply ‘lie flat?’”

Disaffected workers, when coupled with aging populations could spell disaster for the economy as we know it. China’s working-age force has shrunk by 5% since 2011, while the US workforce participation rate has been in a steep decline over the last 20 years.

The push for vaccine mandates has also created uncertainty within the population, with mass walkouts and strikes occurring across all industries, including top nuclear scientists.

New Opportunities Arising From The Pandemic

Although the pandemic has normalized both remote work and remote education, they are still tied to centralized failure points. This is when crypto space comes in as the next level-up project for people seeking alternative forms of income. A report by Civic Science has revealed some interesting data on where this trend might be heading.

First and foremost, with crypto adoption in its early stage, most job quitters did so to leave their low-income jobs.

Likewise, we have another confirmation that Gen Zs and Millennials are most likely to save money rather than spend, as showcased by their preference for long-term growth investment. Before the pandemic, surveys showed that 40% of Millennials said they would invest in cryptocurrencies during a recession.

The age factor carries further into crypto investment expectations. The younger the respondent is, the more likely they will think it is possible to become wealthier than their parents from cryptocurrency investments.

Can GenZ Earn Money Through Crypto?

If you’ve been following crypto news recently you may have noticed there is no shortage of profit-making opportunities in the market. For instance, while Ethereum is undergoing its transition to ETH 2.0, its smart contract challengers are gaining appeal. The main reason for this is simple; ETH gas fees are still expensive and volatile.

Because smart contracts themselves provide a new way of doing finance, it then follows that other smart blockchains would gain value as well. While Etherum tackles gas fees, its competition is heating up to take advantage.

So it came to be that Solana (SOL), a fully deployed smart contract blockchain with very low gas fees, has appreciated over 600% since August.

In practice, this means that if you had put $1,000 in SOL tokens in August, you would now be able to sell them for $7,000. And that’s just one example of waiting for digital assets to appreciate while sitting in a wallet. They could also be employed in a number of crypto banks for a drastically higher APY (annual percentage yield) than one could get by depositing cash in bank savings accounts.

Then, there is high-frequency trading, NFTs as speculative digital assets, blockchain gaming as earn-to-play (E2P), and meme coins.

Suffice to say, those attuned to the ways of the internet have never encountered so many earning opportunities. One only has to stay tapped into the right information sources.

Are you considering quitting your 9-5 to go crypto? Let us know in the comments below.