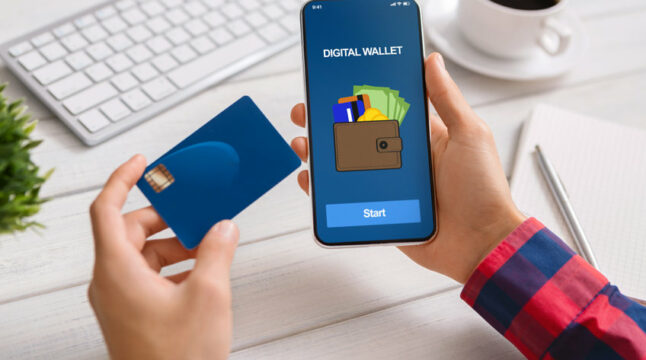 70% of Gen Zs check their finances daily, making crypto and challenger banks better than banks for access and savings.

In contrast, the APR rates for crypto lending platforms can be as high as 8.5% for USDC holdings, representing a 14x difference in interest earnings.

Both commercial banks and DeFi protocols operate from the same principle. When you make a deposit, you make that money available for others to borrow. In return, you receive a cut of the returns on the interest of the loan. However, because central banks have become so dominant in the running of economies recently, commercial banks can no longer offer proper incentives.

In fact, banks across Europe have instituted negative interest rates due to European Central Bank (ECB) policies. Although the incentives for making the switch are glaring, there are still some challenges ahead.

The State of Crypto Banking

Nonetheless, all three major digital banks that challenge traditional finance are playing the long game, as demonstrated by their steady rise in users and revenue.

As of 2020, Revolut has gained 12 million users, while Monzo has gained 4 million. Similar to challenger banks, which have established partnerships with Visa and Mastercard, the world’s largest crypto exchange – Binance – issues prepaid Visa cards in addition to its loans program. Monzo made use of prepaid cards for around three years before it could acquire its banking license and transitioned to current accounts. It could be that Binance is employing a similar strategy and plans to offer current accounts too.

In the case of BlockFi, moves to advance into banking territory by offering crypto interest accounts has placed them on a collision course with regulatory bodies. Coinbase had to outright ditch its Lend program, after clashing with the Securities and Exchange Commission (SEC).

Globally, the path to becoming a crypto/digital bank is clear. Once cryptocurrencies are bridged with loaning programs and current accounts with Visa/Mastercard support, they complete the full package of banking services.

Whether that path is successfully completed, depends on four major factors:

According to the Forward Partners survey, younger generations are more in tune with their finances and digital assets than previous generations. For example, 70% of GenZs check their finances daily compared to 61% of Millennials. Likewise, GenZs are more focused on saving than spending.

GenZ represents about 30% of the world’s population, with total wealth estimated to be at $3.4 trillion. Because younger generations grew up surrounded by virtual spaces – smartphones and video games – GenZ is particularly attuned to digital assets. This age alignment broadly corresponds with prioritizing digital banks over traditional ones.

In the US, although BlockFi is facing some regulatory hurdles, the deployment of its BlockFi Rewards Visa card has been a success. The model is a hybrid one – connecting Bitcoin rewards with mainstream credit card spending. Within three months of its launch, these cardholders accounted for over $2 billion in spending.

Moreover, Boomers’ 46.8% preference for stablecoins compared to Gen Z aligns with The Tokenist’s adoption survey showing a consistent trend – those over the age of 65 are the least likely to buy Bitcoin over traditional assets.

All the key indicators outlined here point to an approaching challenge for traditional banks; how to entice new users from younger generations in the face of agile competition more closey attuned to the internet era. Smaller FinTech companies are more flexible, leaving them with more capacity to adopt and leverage technology.

With so many crypto platforms available, do you prioritize those that have integrated debit/credit cards? Let us know in the comments below.