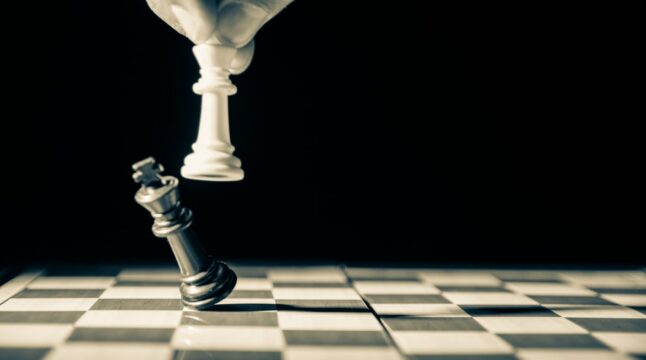 Will the courts be the ultimate battleground for crypto regulations?

Raoul Pal, CEO and founder of Global Macro Investor, has shared his thoughts on SEC Chair Gary Gensler. In a thread on Twitter Pal has stated that Gensler’s hardline approach to the crypto markets may not actually be the SEC’s current position, but rather a classic negotiating tactic with the entire industry. Let’s examine his thoughts, and see how that would play out, if true.

Raoul Pal has analyzed Gensler’s thoughts on crypto and has come to the conclusion he is choosing such a staunch and harsh stance as part of possible future negotiations. In other words, the SEC and the crypto industry will be forced to work together to find a middle ground.

If true, expect there to be a great deal of give-and-take when it comes to the SEC’s regulatory positions. Like any long and timely negotiation period, there will have to be a lot of flip-flopping between rules and ideas. The SEC may decide on a ruling at one time, and retract it during a financial conference at another.

Expect Gensler to be at the forefront of this mission, as he has proven himself to be far more out-going and hands-on than his predecessors. Not only do we hear him speak regularly on the industry, but his experience with crypto also shows he has an acute knowledge of the industry.

However, these are not the same as standard negotiations that occur between two individuals. If Pal is correct, this is shaping up to be a national battle, one involving the SEC, leaders in the crypto landscape, and the courts.

Judicial activity should come as no surprise, as the US is arguably a juristocracy – a society run by the courts. The US is known to default to its judicial services on a regular basis, this is why its Supreme Court judges become household names (something highly unusual in other Western countries such as the UK and France).

This is a good thing for the industry, as there are many times when the courts take on a different view from regulatory bodies. With this in mind, it would be unsurprising to see the crypto industry win plenty of battles here, and push the SEC back when it comes to the views they present.

In this sense, judicial activity would likely be welcomed by members of the community. For crypto to have its day in court may be its simplest way of creating an “even playing field”, as Coinbase’s Global President, Emilie Choi, put it. She said that the industry wants to get “to this place where there’s just common-sense rules and regulations” – this sounds very much like a job for the courts, rather than the SEC.

This is far from the first time a regulatory body has taken a hard-line approach, only to use it as a negotiating tactic later down the road. In fact, the same thing happened with the internet, back in its early days.

In the beginning, the internet was a fully open environment, with little to no regulation whatsoever. This was because it was a brand-new technology, and so it could not be contained within old and traditional laws. This soon changed, as governments tried to restrict and control it.

Most of these rules eventually failed and faded away, with only the most sensible ones surviving media, governmental, and court scrutiny. One of which was the notion of net neutrality, the idea that all data should be treated as equal, regardless of its contents, or its destination. Although that, too, was almost scrapped not long ago.

Eventually, regulators stopped applying a hard approach, and renegotiated with the world, moving to a lighter-touch position. Perhaps the same will happen with crypto, too. However, to get to this place, it looks like there will be a long battle ahead.

Securities Laws Are Stuck In The 1930s

Within his Twitter discussion, Raoul Pal claims the SEC’s rules are largely stuck in the 1930s, and they need to be thoroughly assessed if they want to fit with modern-day living. In particular, the idea of “accredited investors” may need some further examination.

Essentially, an accredited investor is somebody who is allowed by the SEC to invest in unregistered securities. This law was clearly designed for a time when investing was generally only conducted by the wealthy, but in the age of online activity and commission-free trading, this is no longer the truth.

Despite this, the idea of accreditation is seen throughout the crypto industry, to the point where crypto investment firms often restrict their activity purely to accredited people. This is even more confusing for crypto enthusiasts, as the SEC seems to believe most cryptocurrencies are considered securities, leaving people to feel lost.

Overall, it is unclear what exactly the SEC will do with the crypto industry, although it certainly seems possible Gensler sees himself as a negotiator of sorts. With the sheer number of people who are entering the crypto markets, and the fact marginalized groups and swing voters favor this tech, it would be unsurprising to see the US eventually take a more common-sense approach and treat the industry with a lighter touch.

What do you think are Gensler’s plans? Let us know in the comments below.