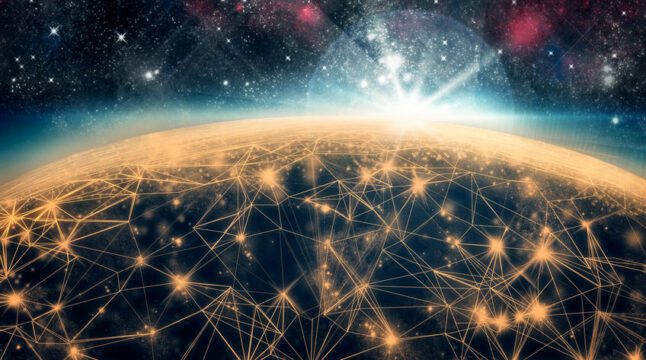 Survey: Minorities are Turning to Crypto for Financial Freedom

Is crypto more welcoming to disadvantaged groups than traditional instruments?

A recent survey found minorities from various racial and gender-nonconforming communities are flocking to cryptocurrency in higher numbers than other demographics in the US. In particular, Black, Hispanic, and LGBTQ individuals have shown an unmatched interest in the digital asset industry from a financial perspective.

A survey by The Harris Poll revealed 23% of Black Americans and 17% of Hispanic Americans own some form of cryptocurrency, as opposed to only 11% of White Americans. Additionally, 25% of LGBTQ Americans own crypto, compared to the general public, only making up 13%.

Crypto awareness is also higher among marginalized groups. 50% of Black Americans, 50% Asian Americans, and 49% of Hispanic Americans have knowledge of the industry, compared to 37% of White Americans.

This survey shows within minority and disadvantaged circles, crypto is not only more widely discussed, but seen as more favorable than by non-disadvantaged counterparts. People of Color and LGBTQ individuals are more likely to treat crypto as a suitable alternative to other investment options, such as stocks, forex, or commodities.

The survey also provides some reasoning for this. Many from these communities have witnessed or perceived some discrimination in the traditional financial world. 43% of Black Americans and 39% of the LGBTQ community said the banking industry had mistreated them. However, only 28% of the general public felt the same way.

With this in mind, it makes sense that 34% of Black Americans said the ability to independently own cryptocurrencies without the involvement of banks and traditional services was of high importance to them. It is a clear indication minorities feel disenfranchised by institutional elites.

An Alternative to Traditional Tools for Marginalized Groups

These statistics are fascinating, but far from surprising. The survey has highlighted significant prejudices in the traditional financial world. Marginalized groups have struggled with being taken seriously and treated fairly from a financial perspective.

There is a long history of LGBTQ people losing their jobs over their identity, to the point where issues surrounding this are still taken to court to this day. In fact, during 2020, more LGBTQ people faced unemployment than the general population. The ever-present threat of losing their jobs has certainly caused those within this group to look for alternative financing options, with Yosef Bonaparte, the Associate Professor of Finance at the University of Colorado saying:

“The LGBTQ community has historically been less likely to participate in investing in the stock market because they think that they could be exposed to income and credit risks if they are fired for their sexuality”.

Non-white individuals have faced similar issues with banking– Black and Hispanic people are known to struggle gaining mortgages for homeownership, and lenders have been found to reject black applications at an 80% higher rate than their white counterparts. It is not shocking to see minorities turn to crypto, especially with DeFi lending protocols such as Aave gaining legitimacy and public trust, providing much-needed solutions.

Tyrone Ross, CEO of Onramp Invest, a crypto asset management company, commented on the survey, saying: “Crypto is very big with Black millennials and LGBTQ Americans because it represents freedom”. This sentiment can be seen on an even greater level when looking globally.

For instance, one possible reason for El Salvador’s adoption of Bitcoin is to de-dollarize itself and distance itself from US economic policy. El Salvador, and much of Latin America, has seen consistent US involvement, many times leading to detrimental results. In other words, Latin American countries are also turning to crypto as a means of gaining greater freedom.

Digital assets have long been a tool for the disadvantaged worldwide. This should not come as a revelation, but nonetheless, it is interesting to see even those in the US are viewing crypto in a similar fashion. Expect the numbers of marginalized groups participating in crypto to increase as time goes on and crypto continues to establish itself as a legitimate and welcoming alternative to traditional finance.

How should the traditional banking world make itself more open to minority groups? Let us know in the comments below.