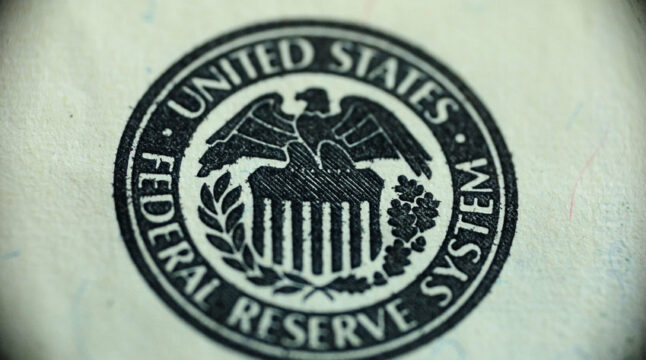 Why Is The Fed Urging Calm Ahead of Tapering Bond Purchases?

Some say the Fed has done a better job to bring in tapering than in 2013 by giving the market fair warning.

The Federal Reserve has unveiled its decision to start tapering bond purchases later this month, a predicted move to wind down the stimulus it has given the economy since the pandemic struck. Given the process could prove to be a dangerous balancing act, Jerome Powell, the Fed Chairman, is trying to maintain flexibility to ensure rate hikes do not adversely impact the economy.

The Fed took the first step toward unwinding its $120 billion per month stimulus program on Wednesday, revealing that the central bank will cut its monthly treasury purchases by $10 billion and mortgage-backed securities by $5 billion.

Following the announcement, stocks resumed their march higher, led by the Dow and S&P 500. The positive reaction can be said to be a reflection of rising inflation, which has historically led to short-term bullish runs, before the rising cost of borrowing and cost of living starts to negatively affect the stock market.

Powell and the Fed will be aware of this and have been preparing investors for tapering for months via quotes to the media. To try and mitigate a sudden impact, interest rates have been kept at record low levels, which we have now seen for over a decade. Powell spoke about this during a press conference after the Fed’s two-day meeting.

“Today, the FOMC kept interest rates near zero and in light of the progress the economy has made toward our goals decided to begin reducing the pace of asset purchases. With these actions, monetary policy will continue to provide strong support to the economic recovery.”

Joining the Fed, the Bank of England (BoE), and the European Central Bank said that easing supply chain bottlenecks would result in inflation dissipating over time. The BoE added that “as supply disruption eases, global demand rebalances, and energy prices stop rising,”

In a press conference, Powell also noted that high inflation would prove “transitory,” adding that there would not be a rapid policy change. He added that the central bank would keep interest rates at near-zero levels until inflation averages 2% and employment reaches an optimal level.

However, he admitted that price pressures have outpaced expectations. In late July, Powell said inflation is not “exactly transitory.” More recently, on October 22, he reiterated inflation concerns, saying:

“Inflation is elevated and will likely remain so in coming months before moderating. As the economy continues to reopen and spending rebounds, we are seeing upward pressure on prices, particularly due to supply bottlenecks in some sectors. These effects have been larger and longer lasting than anticipated, but they will abate.”

However, bond traders are not optimistic about the Fed being able to return inflation to its target. The US Treasury breakeven rates suggest that bond traders anticipate inflation to average more than 2.9% per year for the next five years.

Nevertheless, Powell insisted that rate hikes are not just around the corner and urged calm, arguably to keep an open mind for when wider effects of employment figures and inflation rates come into play. “It’s appropriate to be patient,” he said, hinting that he would maintain flexibility.

Experts have noted that the Fed has been reasonably successful in avoiding a major market surprise, unlike in 2013. Back then, when the Fed revealed its intentions to wind down its stimulus program, the market witnessed a messy bond sell-off.

“The Fed was sufficiently dovish, which markets always like. No one in the market was surprised today. We had the question on when to taper. We have now answered that question and the speed of it.”

Other market participants also echo this point of view. Art Hogan, chief market strategist at B Riley-National, told MarketWatch that this “taper was probably the best telegraphed or advertised move in monetary policy history.”

The Fed has been warning about an upcoming tapering for months now, a move that effectively prepared investors and eliminated the possibility of a messy market reaction. Mentioning this, Seema Shah, chief strategist at Principal Global Investors, said:

“Having started to probe whether central banks really can look through elevated pressures, today’s focus was always going to be on how much, if at all, Powell pushed back on market expectations for early and multiple hikes. In the event, Powell maintained some flexibility by emphasizing the uncertain path for the economy — essentially sitting on both sides of the wall.”

Do you think the Fed would be successful in returning inflation to its 2% target? Let us know in the comments below.