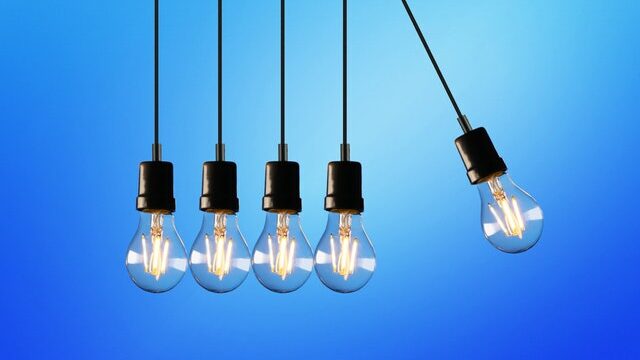 Following the shutdowns last year due to the pandemic, the slow recovery of numerous industries is causing disruption to global supply chains. It was expected that supply chain bottlenecks will be resolved once lockdowns were over, but experts now warn congestion and blockages in the production system may well persist into next year.

This has prompted venture capitalists (VCs) to invest in industrial tech startups seeking to offer solutions to such problems.

The rapid spread of Covid-19 prompted a decline in consumer demand and industrial activity. However, as things are getting back to normal, demand is rising while supply chains are still struggling to bounce back.

Moreover, a massive labor shortage, along with a lack of key components (like semiconductors) have led to chaos for the manufacturers. Unfortunately, experts like Tim Uy, associate director at Moody’s Analytics, believe that supply chain problems “will get worse before they get better.” Uy said:

“Border controls and mobility restrictions, unavailability of a global vaccine pass, and pent-up demand from being stuck at home have combined for a perfect storm where global production will be hampered because deliveries are not made in time, costs and prices will rise, and GDP growth worldwide will not be as robust as a result.”

Uy argued that since there are bottlenecks in every link of the supply chain, supply will struggle to keep up with the increasing demand, at least for some time. He added that aside from labor shortages, there are currently blockages and congestion in the supply chains for “containers, shipping, ports, trucks, railroads, air, and warehouses.”

Experts believe that issues in the supply chain will cause growth problems to almost all governments. For instance, last week, White House officials told Reuters that “Americans may face higher prices and some empty shelves this Christmas season.”

The problems have also extended to China and Europe. Yesterday, China reported its gross domestic product (GDP) grew 4.9% in the third quarter, missing expectations for a 5.2% expansion. In Europe, Germany’s top economists predicted that “supply bottlenecks will continue to weigh on manufacturing production for the time being.”

VCs Double Down on Tech Startups

Amid the gloomy outlook of supply chains, VCs are broadening their portfolios and are now significantly investing in industrial tech startups that are attempting to modernize and solve issues for supply chains. As per a report by PitchBook, VCs have invested a record $45.1 billion in industrial startups so far this year. In comparison, such firms raised a total of $34 billion for the entirety of 2020.

The Market for Tech Companies is Overheating

As VCs are raising the valuations they give to startups, the market for emerging technology firms is overheating at a precipitous rate. In general, private companies see their valuations double with each fundraising round, stepping up with a median of 2x. In comparison, the median step-up for 2020 was 1.5x.

As per a report by the Financial Times, startup valuations have outperformed the market in the past year:

“Investors in startups marked the value of their holdings up by an average of more than 26 per cent in each of the first two quarters this year, according to data from the secondary markets company Zanbato. The return of the S&P 500 index including dividends was 15.3 per cent during the first half of the year.”

The increased valuations also coincide with an increase in the size of deals and the fact that VCs need to invest more than in the past to acquire significant ownership stakes in a firm. As per data by PitchBook, the size of the median Series A deal has raised by over one-third to above $10 million. Other rounds have grown by an even greater magnitude.

Not Boring claims it “invests in companies with stories to tell, and helps tell them,” and has adopted a distinct approach for investing. Over the past quarter, more than 115 new “unicorns” were born. And Not Boring claims it is looking for such opportunities. The firm noted:

“The rate of innovation is increasing, companies are getting bigger, faster, and investors are beginning to internalize the impact of compounding better than ever before.”

The company also mentioned how a competitor would need to recreate Walmart’s entire supply chain, distribution centers, and inventory management to profitably match the firm. “If a competitor simply lowered their prices, they’d lose money and go out of business,” the company said, hinting at how Walmart feels confident that no one would be able to replicate its strategy.

Do you think supply chain problems would resolve by 2022? Let us know in the comments below.