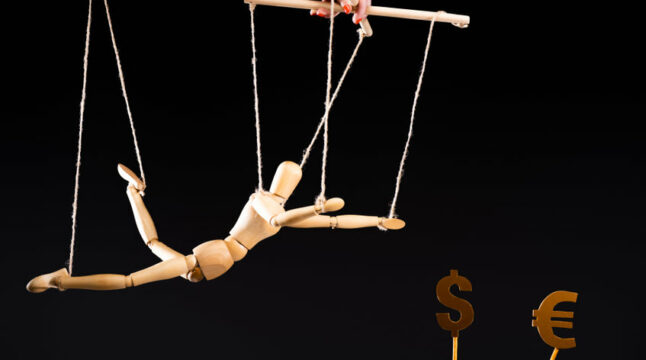 A review of how inflation is to be calculated will take place in January, leading to suspicions of "masking" for the real rate.

The US inflation rate has now evolved past the “transitionary state” as put forward by the Fed earlier this year to a record-breaking 6.8%. To ease the lack of economic confidence, the US Bureau of Statistics is making a change in how it is calculated, starting next year.

Because government statistics mirror the performance of the government in question, they are perennially in doubt. Case in point, unemployment numbers issued by the US Bureau of Statistics are a frequent bone of contention; with articles circulating about their alleged manipulation alongside counter-claims from fact-checkers.

Sometimes, data collection errors that skew the numbers are openly admitted, which adds more fuel to the fire. The latest statistical controversy pertains to how the inflation rate is calculated and whether or not it masks the real figure.

Upcoming Change to the CPI

According to the US Bureau of Statistics, as of January 2022 there will be a change in how the Consumer Price Index (CPI) is calculated:

“weights for the Consumer Price Index will be calculated based on consumer expenditure data from 2019-2020. The BLS considered interventions, but decided to maintain normal procedures.”

Weighting is critical in understanding CPI. It refers to the importance of goods in the average household consumption. As a percentage, CPI is derived from a basket of such goods. Therefore, the selection and price shift of these goods determines the CPI, which is currently at 6.8% for all items (a 0.8% monthly increase). At the same time, the energy category has grown 33.3% more expensive on a 12-month percentage change.

Put into a historic context, the latest December 10th report, revealed that inflation saw its biggest rise in 39 years.

“The all items index rose 6.8 percent for the 12 months ending November, the largest 12-month increase since the period ending June 1982.”

To clarify things further, the CPI has undergone deep changes almost every decade since 1919, so it wouldn’t make sense to compare widely different methodologies being used on a single historic CPI chart. Based on these revisions, Peter Schiff placed the real inflation rate closer to 15%.

However, never before has an asset like cryptocurrency existed on the economic scene, so it will be interesting to see what balance will Bitcoin achieve amidst inflation fears and whale leveraging.

In November, energy prices rose by 3.5% compared to the previous month, while the food index rose by 6.1% compared to a year prior. This meant that the US dollar’s buying power has significantly decreased since last year. The only CPI decreases happened for recreation, vehicle insurance, and communication indexes.

In context with other countries that have problematic economies, the US CPI is now higher than the Philippines (4.2%),  India (4.5%), and South Africa (5%), yet lower than Mexico (7.4%), Argentina (52.1%) and Venezuela, as the global king of extreme inflation at 1,575%.  Plainly put, the Fed’s original CPI target of 2% has been overshot three-fold. Furthermore, the European Central Bank (ECB) forecast was equally off the mark.

Given this embarrassing forecast, it is then understandable why the January 2022 CPI weighting calculation change is taking place. By nullifying 2021, and relying on expenditure data from 2019 – 2020, the inflation rate next year should appear statistically smaller. Whether such a tweak will fool anyone is another story, given the stark reality that consumer good prices are still rising.

Discredited LIBOR To Shut Down

On December 31, the London Interbank Offered Rate (LIBOR), will no longer be active. LIBOR has been in use since 1986 as a benchmark interest rate by which banks lend each other short-term loans. During this period, the interchange accrued a global volume of $265 trillion in credit card lines, student loans, mortgages, and business loans.

However, LIBOR lost credibility in 2012, widely popularized as the LIBOR Scandal in which the world’s largest banks were colluding to manipulate the rate. Some of them were Bank of America, Citigroup, JPMorgan Chase, Deutsche Bank, the Royal Bank of Scotland, and Barclays.

To phase out LIBOR, $10 billion had already been spent to make the transition. Derivatives and loan contracts will no longer be compiled by LIBOR after January 2022. Instead, the international interest rates will be governed by the world’s largest central banks: the Federal Reserve, the European Central Bank, and the Bank of England, to name a few.

Specifically, the Fed will replace LIBOR with the Secured Overnight Financing Rate (SOFR), collateralized by Treasury securities, currently set at 0.05%. Effectively, this marks an even greater centralization, from commercial to central banks. Such systems tend to have single points of failure, whether that relates to failed CPI forecasts or the potential to fix the rate just as it happened during the LIBOR Scandal.

Do you think the soaring inflation rate is tied to the announced Great Reset by the World Economic Forum? Let us know in the comments below.