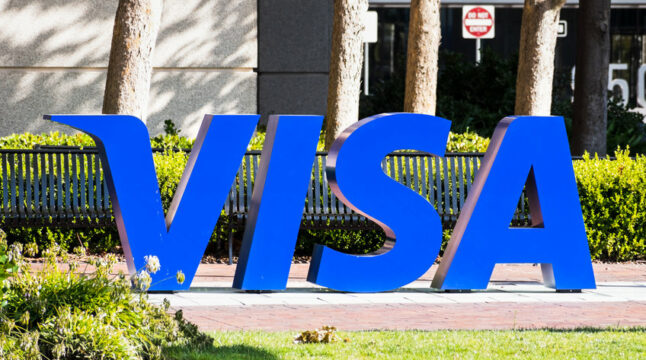 Ethereum establishes itself as the platform with the highest flow of assets globally, surpassing Visa and doubling Bitcoin in transaction volume.

Ethereum, the second-largest cryptocurrency by market capitalization surpassed Visa, the second-largest payments processing company worldwide, in trading volume last year. A detailed report on the reigning smart contract king reveals that it handled the equivalent of $11.6 trillion in transactions across 2021. The volume recorded is also more than double the volume transferred on Bitcoin.

Visa, which purchased a CryptoPunk NFT in 2021, transacted an estimated $10.4 trillion, while Bitcoin moved “only” $4.6 trillion.  However, it is essential to note that the traded volume on Ethereum combines transactions of both fungible and non-fungible tokens (NFTs).

Ethereum’s achievement is impressive, particularly in the face of the numerous challenges the platform faced in 2021.

The scalability issues of the blockchain are well known, and last year also saw the emergence of rival smart contract platforms. These Layer 1s offer low fees and high throughput, threatening the network’s dominance. However, even their combined transaction volumes paled compared to that of Ethereum.

Ethereum was able to achieve this feat due to several innovations in the protocol. In August, the much anticipated London hard fork EIP-1559 went live. The upgrade saw over 4500 ETH burnt within 24 hours at 2 ETH per minute, helping to reduce gas fees. Data provided by Watchtheburn.com reveals that the network burned its millionth token in November. It recorded eight consecutive days of being a deflationary asset in October.

Alongside the EIP-1559 upgrade, 2021 also saw more Layer 2 scaling solutions deployment to the network. After several years of research and development, L2s like Arbitrum went live, introducing rollups and side chains. They effectively increased the transaction capacity of Ethereum.

In 2021, Ethereum’s L1 processed over 1.2 million transactions per day—15 transactions per second. However, as Layer 2 protocols became available, the network’s capacity grew, as seen below. These L2’s are still in the nascent stage of development and have not totally eradicated the issues predominant with the protocol. However, they are expected to continue to mature, gain market share and eventually eclipse the L1 in transaction capacity.

The network’s development became a major premise that pushed Ethereum to record the highest transaction volume in 2021.

The creator economy on Ethereum also witnessed a boom in 2021 through the expansion of NFTs, most of which are primarily linked to the network.

Before 2020, the people who usually lived off of cryptocurrencies were investors, developers, and corporations. Nowadays, a diverse range of professionals have found a home on the protocol; they include artists, sports stars, musicians, and a host of other creators.

According to the report, the creator economy earned a combined $3.5 billion on the network in 2021. This conveniently catapulted Ethereum to become one of the biggest platforms for creators globally, even exceeding Onlyfans and Patreon.

The global creator economy is dominated by centralized entities that generate significant revenues while passing small earnings to content makers. The business model has seen the likes of Spotify and Youtube become behemoths; however, it has left the majority of artists unsatisfied.

A report revealed that only 13,400 artists made more than $50,000 on Spotify in 2020. This has led to many of them posting their content for free on Social network platforms like Tiktok, Twitter, and Instagram to gain exposure or to stay relevant.

Ethereum, through NFTs, has given creators new tools to monetize their content. Platforms like Rarible, Zora, Mirror, Foundation, and OpenSea (with a $13 billion valuation), have allowed them to create, sell and trade NFTs.

This has brought mainstream attention to the sector, with famous names like Eminem, Steph Curry, Shaquille O’Neal purchasing Bored Apes. Companies like Adidas and Nike have also bought digital land and released their digital collections.

Undoubtedly, the increased mainstream interest and soaring NFT valuations have contributed immensely to the transaction volume on Ethereum. Noticing the trend, traditional financial platforms like Visa are starting to incorporate crypto into their businesses and products too so they are not left behind in the digital asset revolution.

Do you see Ethereum becoming the dominant creator economy in the world? Let us know in the comments below.