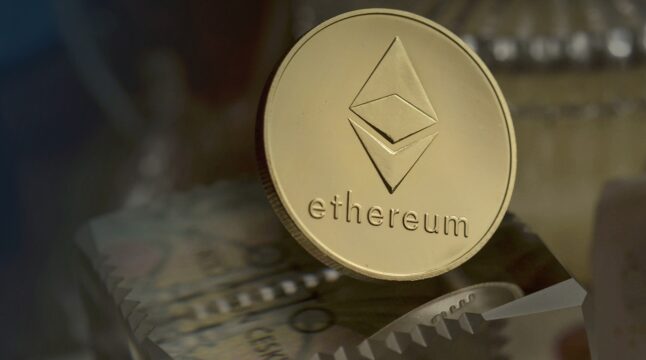 With around 2 ETH being burned every minute, is Ethereum now deflationary?

The most popular proposal of Ethereum’s London hardfork, EIP-1559, is now live. The upgrade, which was officially activated on August 5, 2021 at 12:34 UTC, burns a portion of ETH anytime someone uses the Ethereum network.

It is quite astonishing to know within the first 24 hours of its launch, EIP-1559 has managed to burn around 4,700 ETH. Does this mean Ethereum has already become deflationary?

To better understand the mechanics of EIP-1559, it is necessary to realize how Ethereum’s fee mechanism used to work, prior to yesterday’s EIP-1559 launch date.

For a long time, Ethereum has been using a model known as “first-price auction” to determine transaction fees. In that model, users bid to get a block space for their transactions to be processed. Theoretically, if a block proposer had space for 20 transactions, then the 20 highest bidders would get those spaces.

This sort of fee mechanism produces a number of issues. In the period when transactions are pending to be included in a block—as known as mempool, or tx pool—gas prices can suddenly increase.

In such scenarios, the users who have underpaid for gas get stuck waiting for their transactions to be processed. Users might even have to input a higher gas price manually, which is quite frustrating.

EIP-1559 aims to address this issue in numerous aspects. In the first place, EIP-1559 introduces a mechanism that, in times of high network congestion, temporarily increases the size of a block. In turn, this would temporarily satisfy the demand for more block spaces.

The base fee, which is a required payment, will be automatically determined based on the previous block. The base fee would not increase or decrease by over 12.5% from block to block. And the priority fee is basically a tip that users can add to make their offer more attractive.

Probably, what is most interesting about EIP-1559 is that the compulsory base fee would not be paid to miners, rather it would be burned. This means that as the Ethereum network is used, more and more ETH will be burned.

In the first 24 hours of EIP-1559’s launch, around 4,700 ETH were burned. Data by EtherChain further reveals that, currently, around 2 ETH are burned every minute while the burn rate for the last 24 hours is 3.2 ETH/min.

Tim Beiko, an Ethereum core developer, has previously said that the base fee would probably account for around 25% to 75% of the total transaction fees paid to miners. Using this information, Bankless, a blockchain analyzer, has reported how much ETH might actually be burned within one year from now.

The report claims between 800,000 to 2.4 million ETH are expected to be burned in 2021. The report further adds that if Ethereum was launched with EIP-1559 implemented, somewhere between 994,000 to 2.9 million ETH would have been burned through today.

EIP-1559 is one of the most important upgrades in the history of Ethereum. For the first time, the upgrade has brought an element of deflation to the second-largest cryptocurrency by market cap. However, it is worth mentioning that the Ethereum issuance might only turn negative in times of high network congestion.

Data by YCharts reveal that approximately 2.24 million ETH has been issued since the start of the year. Considering that Ethereum currently has a circulating supply of around 117 million ETH, the Ethereum supply is inflating by around 3.33% on a yearly basis.

However, with EIP-1559 being live, the net issuance of ETH is expected to drop by 20-62%. Calculating on an annual rate, the inflation rate of Ethereum can reduce from 3.33% to somewhere between 1.26% to 2.66%, according to data by Bankless.

Looking at the aforementioned data, it is clear that Ethereum would not become deflationary with EIP-1559 alone. The platform would witness a dramatic reduction in its issuance rate, yet it is still far above an inflation rate of 1%.

However, once the network transitions to proof-of-stake, there is an increased likelihood that Ethereum becomes a deflationary asset. PoS significantly reduces Ethereum issuance as miners would not be needed anymore.

We might actually see a negative inflation rate for Ethereum, though not before the transition to the PoS mechanism.

When do you think Ethereum will become a deflationary asset? If Ethereum becomes deflationary, would it be able to flip Bitcoin and become the leading cryptocurrency? Let us know what you think in the comments below.