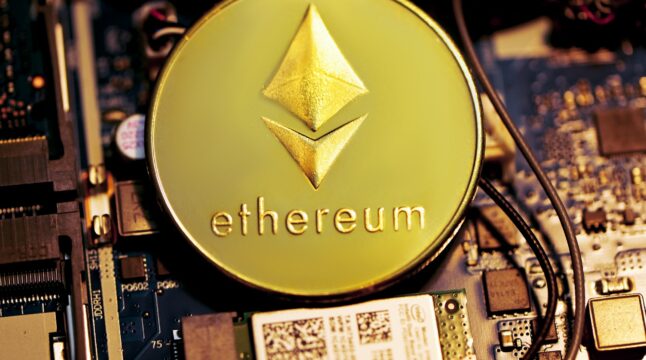 One of the core problems with the Ethereum network, which can process 15 transactions per second, is scalability. As more and more decentralized apps (Dapps) are built on the network and the number of transactions increases, so do the gas fees.

Earlier this year, coinciding with the first bull cycle, Ethereum fees skyrocketed to above $40 per transaction. Now, with the crypto market entering another bull cycle, fees have once again spiked to high levels, making the network unaffordable for the mainstream.

Ethereum: Home to Thousands of Dapps

Decentralized Finance (DeFi), which is an entire ecosystem of smart-contract-powered apps that enable users to trade, lend, secure loans, and do other financial activities without the need for intermediaries, is mainly built on the Ethereum blockchain. For context, the network processes trillions in transactions annually and has around $107 billion in total value locked (TVL).

However, since the Ethereum network is limited to 15 transactions per second, transaction times and fees end up rising at times of network congestion. This explains why fees as high as $50 per transaction have become frequent for the last couple of weeks.

Zhu Su, a crypto billionaire, took it to Twitter to show his frustration, saying that “Ethereum has abandoned its users despite supporting them in the past.”

“Ethereum culture suffers massively from the Founders Dilemma. Everyone is already far too rich to remember what they originally set out to do. Perhaps a bear market is needed to remind them, or perhaps we must build elsewhere, but this is what it is–nothing new under the sun.”

Nevertheless, the only update that can truly address Ethereum’s scalability issue is the Ethereum 2.0 upgrade, otherwise known as the shift from proof-of-work (PoW) to proof-of-stake (PoS). Once the shift is completed, Ethereum would theoretically be capable of handling 1,000s of transactions per second.

Unfortunately, as per Vitalik Buterin, the update might not arrive until late 2022 — though there are still other means of scaling Ethereum. Since Ethereum is a layer 1 network, Sidechains or layer 2 networks can be created on top of it, which can complement the Ethereum network and enhance its capacity.

Scaling Ethereum via Sidechains and Rollups

Sidechains are separate blockchains that run in parallel to the Ethereum mainnet but operate independently, hence increasing its scalability. Polygon is the most popular sidechain that aims to scale Ethereum by building and connecting Ethereum-compatible blockchain networks.

Another prominent sidechain is Axie Infinity’s Ronin. The crypto game has grown in popularity, which is evident from the rise in its revenue. However, since Axie is built on the Ethereum blockchain, Ethereum fees could make playing the game too expensive. This is where Ronin comes into play, allowing users to move their NFTs at lower fees.

Aside from sidechains, there are also rollups, more commonly known as layer 2s, that intend to complement Ethereum. Sidechains have the challenge of securing their blockchains, which brings the need for additional effort.

However, layer 2s strive to sidestep this complexity by borrowing their security from layer 1 blockchains — in this case, the Ethereum blockchain. This makes layer 2s more effective independent ecosystems that sit on top of Ethereum and share its security.

There are basically two types of rollups: Optimistic rollups, and Zero Knowledge rollups (ZK rollups). Both aim to scale Ethereum by processing transactions on layer 2 before submitting the results back to Ethereum. However, the difference is in how they validate transactions.

In simple terms, optimistic rollups assume that transactions are valid — hence an optimistic outlook. However, it also allows what are called “watchers” to call out fraudulent transactions since blockchain is transparent and public. If a watcher proves instances of fraud, the transaction is reverted, the bad actor penalized, and the watcher rewarded to incentivize them.

Off-chain Labs Arbitrum and Optimistic Ethereum are the top two projects using Optimistic rollups. Despite being in their early stages, both projects have accrued billions in network value.

On the other hand, ZK rollups, unlike their predecessors, attempt to prove that transactions are valid. They do so by submitting validity proof to an Ethereum smart contract along with the bundled transactions. Some prominent ZK rollup adopters include Starkware, Matter Labs, Hermez, and Aztec.

Meanwhile, data shows that the total value locked (TVL) in layer 2 protocols is at all-time highs, suggesting that users are endorsing these projects. Concurrently, data by Dove Metrics reveals that investors are pouring capital into layer 2 protocols.

The Rise of “Ethereum Killers”

In recent times, Ethereum has largely failed to meet the increasing demand in the decentralized world. This has given birth to rival blockchains, or so-called “Ethereum killers,” which have been successful in addressing the scalability issues.

For instance, Binance Smart Chain (BSC), a rival to Etheruem, can process an average of 55 to 60 transactions per second. The project has grown exponentially since its launch in September 2020. In May, BSC passed Ethereum by nearly 600% in terms of transaction volume. By early July, it had onboarded more than 80 million users.

Similarly, Solana, which can support tens of thousands of transactions per second with a trivial fee of less than one cent, outperformed Ethereum by 500% in August. By mid-September, the blockchain was even matching Etheruem in terms of popularity.

It is worth noting that while Etheruem’s high fee might have pushed some users toward these new projects, they are not closely as decentralized as Ethereum. Moreover, home to over 3,000 Dapps, the bulk majority of DeFi resides on Ethereum. That is why Ethereum is speculated to be the winner of smart contract wars, at least after the Ethereum 2.0 upgrade goes live.

Do you think the Ethereum 2.0 upgrade will make layer 2s redundant? Let us know in the comments below.