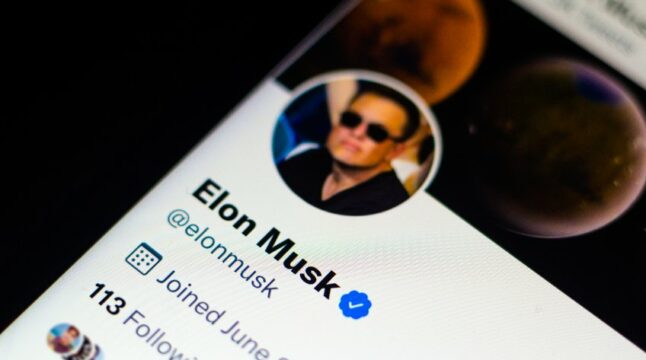 Some suggest Musk has sold $6.9 billion of Tesla shares in order to be prepared if he is forced to close the Twitter deal.

In the latest development in the Elon Musk-Twitter saga, the world’s richest man has reportedly accused the social media platform of hiding key people responsible for evaluating the number of bot and spam accounts. The move comes as the legal battle for whether Musk should consummate the planned $44 billion buyout of Twitter is set to occur in October.

Tesla and SpaceX CEO Musk has allegedly claimed that Twitter is not revealing the names of employees responsible for evaluating the number of bot and spam accounts on the platform, Al Jazeera English reported, citing people familiar with the matter who asked not to be identified because they weren’t authorized to speak publicly.

The report said Musk’s attorneys have already asked the judge in the case to force Twitter to identify the corresponding employees. “A letter asking Delaware Chancery Court Judge Kathaleen St. J. McCormick to compel Twitter to hand over the names was filed Tuesday under seal,” it said, noting that Twitter’s lawyers have five business days to decide what should be redacted from the filing as proprietary information.

Twitter has so far passed over the names of “records custodians,” who are reportedly not as familiar with the data at issue. Musk wants the judge to force the social media company to hand over the names of the employees charged with monitoring spam accounts, the report said.

Musk’s latest attempt at jockeying for a position comes as the trial to determine whether he should complete the planned $44 billion buyout of Twitter is set to occur in October. As reported, the trial is expected to last five days.

After days of speculation, Musk declared his Twitter takeover bid on April 14. Twitter’s board was initially skeptical of the deal but agreed with the $44 billion buyout after Musk confirmed a funding package that included $21 billion of his own money.

Not long after, in mid-May, Musk announced that he is putting the deal “on hold” until it becomes clear that less than 5% of the platform’s daily users are fake. At the time, CEO Parag Agrawal tried to convince Musk by sharing how the company fights spam. In June, Twitter even gave Musk access to the full “firehose” of internal data, which still failed to address Musk’s doubts.

In early July, Musk officially announced that he was pulling out of the deal. Subsequently, Twitter sued the billionaire for violating the deal, asking the Delaware court to order the Tesla CEO to complete the deal at the agreed $54.20 per Twitter share.

It is worth noting that Musk has sold another $6.9 billion of Tesla shares. In response to a tweet, he claimed that the cash would be necessary if Twitter forces him to complete the deal. He also said that he would buy back the shares if the deal does not close.

“In the (hopefully unlikely) event that Twitter forces this deal to close *and* some equity partners don’t come through, it is important to avoid an emergency sale of Tesla stock.”

Do you think the court would allow Musk to walk away from the deal? Let us know in the comments below.