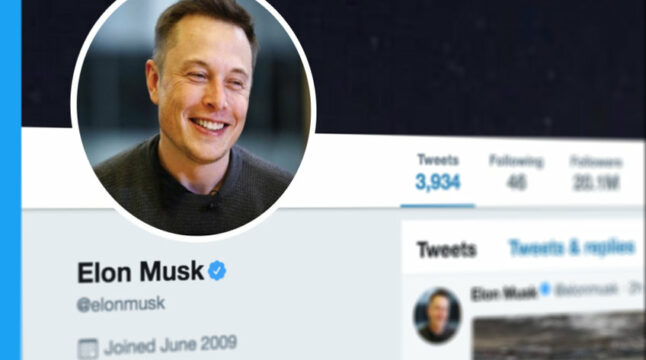 Elon Musk and Twitter's board have reportedly agreed on some details of any potential deal, including timeline and fees.

After initially confronting Elon Musk’s offer to buy Twitter with great skepticism, the Twitter board is now seriously considering accepting the proposal. The two sides have reportedly met over the weekend and even discussed some details of any potential deal, including timeline and fees.

Meanwhile, Jack Dorsey, co-founder and former CEO of Twitter who has been focusing on its payment company Block since his departure from the social platform, has changed his title from CEO to Block Head, a possible nod to Elon Musk changing his title to “Technoking of Tesla” last year.

Last week, in a filing with the Securities and Exchange Commission (SEC), Musk detailed that he intends to finance his offer with a mix of debt and cash, with debt coming from investment bank Morgan Stanley and a group of other lenders. The filing also revealed that Musk is exploring whether to launch a hostile takeover by commencing a tender offer.

The filing made Twitter’s 11-member board seriously consider a possible deal, The New York Times reported, citing two people with knowledge of the situation. The report said the Twitter board had a meeting on Sunday to discuss Musk’s offer, following which they met with Musk.

An agreement is not yet final, but the two sides have reportedly reached a consensus over some details of any possible deal, including a timeline to close the deal and “any fees that would be paid if an agreement were signed and then fell apart.” The sources said the situation involving Twitter and Musk “remains fluid and fast-moving.”

Musk, who started amassing Twitter shares in mid-March and soon became the company’s largest shareholder with a 9.2% stake, announced intentions to buy the company on April 14. While the offer has some proponents, the Twitter board was quick to counteract by adopting a “poison pill,” a defensive maneuver that would prevent Musk from accumulating more of the company’s stock.

Despite his threat to launch a hostile takeover of the microblogging platform, Musk has maintained friendly ties with some influential people inside Twitter. Particularly, he has been exchanging amicable tweets with former CEO Dorsey, who is also a Twitter board member.

Over the weekend, Musk supported Dorsey’s recent move to change his title at Block from CEO to the Block Head. “Your new title at Block is fire,” Musk tweeted, using two fire emojis.

Notably, Dorsey has also been friendly toward Musk. When Musk was expected to join Twitter’s board this month, Dorsey tweeted, “I’m really happy Elon is joining the Twitter board! He cares deeply about our world and Twitter’s role in it.”

Nevertheless, some analysts believe Musk’s offer of $54.20 per share undervalues Twitter. Several analysts have told The New York Times they expect Twitter’s board to only accept a bid that values the company at a minimum of $60 a share.

However, it is worth noting that Musk offers to buy Twitter shares 54% over the price the shares were trading before he began investing in the company. In fact, Twitter shares gained around 30% the day Musk disclosed his position in the company, surpassing the $52 mark.

Do you think the offer of $54.20 per share undervalues Twitter or is it a fair offer? Let us know in the comments below.