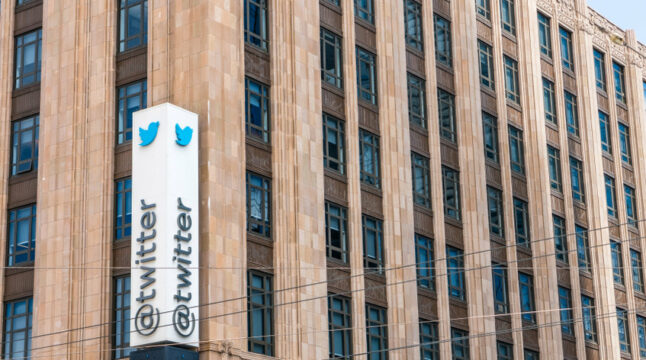 Experts believe Elon Musk might be trying to buy Twitter at a lower price as his Tesla shares continue to depreciate.

Tesla and SpaceX CEO Elon Musk has once again dropped a bombshell saying that he would put his $44 billion acquisition of Twitter “on hold” until it becomes clear not more than 5% of the platform’s daily users are fake. He even mocked Twitter CEO Parag Agrawal who detailed how the company combats spam accounts and how they estimate the percentage, responding to his tweets with a smiling feces emoji.

In mid-April, Musk made a filing with the Securities and Exchange Commission (SEC), revealing that he intends to finance his offer with a mix of debt and cash. The filing suggested he was serious about acquiring Twitter and also showed that he would launch a hostile takeover by commencing a tender offer if the company does not take the offer.

Subsequently, on April 25, Twitter announced that it has reached an agreement with Musk regarding the acquisition of Twitter. As part of the deal, the billionaire would acquire Twitter for $54.20 per share in cash in a transaction valued at approximately $44 billion.

However, last week Musk said he is putting the Twitter deal “temporarily on hold” because he wants more details supporting the claim that spam accounts “indeed represent less than 5% of users.”

Ostensibly in response to Musk’s concerns, Agrawal posted a lengthy Twitter thread Monday explaining how the company fights spam and how they find out the proportion of fake and spam accounts on the platform. He detailed that estimate is based on “multiple human reviews (in replicate) of thousands of accounts, that are sampled at random, consistently over time, from *accounts we count as mDAUS.”

Musk responded to Agrawal’s tweets with a smiling “pile of poo” emoji. He later added: “So how do advertisers know what they’re getting for their money? This is fundamental to the financial health of Twitter.”

A couple of hours later, in early Tuesday morning, Musk said in another tweet that “Twitter’s CEO publicly refused to show proof of <5%.” He speculated that around 20% of Twitter users are fake. “My offer was based on Twitter’s SEC filings being accurate,” he said, adding that the deal can’t “move forward.”

Meanwhile, Twitter insisted in a statement earlier today that the company is “committed to completing the transaction on the agreed price and terms.” The company even said that it has filed its preliminary proxy statement with the SEC in connection with the deal.

In the filing with the SEC, Musk said he “has secured $25.5 billion of fully committed debt and margin loan financing and is providing an approximately $21 billion equity commitment”—meaning he would pay for Twitter with “$13 billion of debt and $33.5 billion of his own money.”

Notably, $6.25 billion of that debt, which would be a margin loan, would be backed with Tesla stock, according to The New York Times. Given that Musk already has $88 billion in loans against his Tesla shares and the fact that Tesla stock has fallen about 30% since April 13, the billionaire might find it hard to secure more loans on his depreciating Tesla holdings.

His margin loan would put additional pressure on TSLA shares, which are already struggling from Musk’s recent sell-off; the billionaire announced in late April that he has offloaded 9.6 million Tesla shares to raise $8.5 billion likely aimed at helping finance his planned purchase of Twitter.

According to management and investment expert Peter Cohan, Musk might be trying to cancel the current deal and renegotiate a purchase of Twitter at a lower price—perhaps $34.20 per share. He said:

“I think he’ll try to bring in some money to syndicate his equity commitment, renegotiate a lower deal price, even if it means paying the $1 billion he could come out far ahead, and executing on a new deal. He wants this company.”

Nevertheless, Twitter shares, which have lost all of their gains since Elon Musk disclosed his stake, are largely flat today. TWTR is currently trading at around 37, up by 0.50%. Meanwhile, Tesla shares, while down by around 30% in a month, are in the green today, up by approximately 3%.

Do you think Musk intends to buy Twitter at a lower price? Let us know in the comments below.