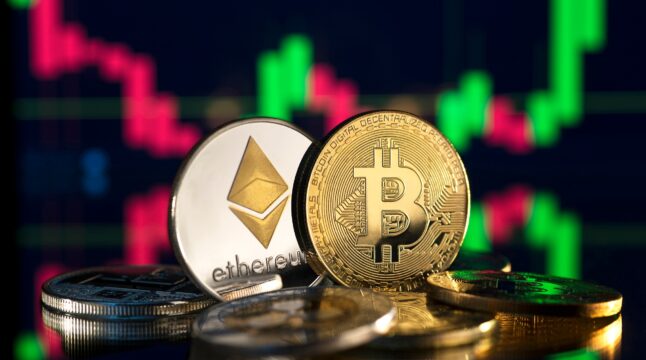 Bitcoin Above $22K For the First Time Since Mid-September

While this week brought many dramatic developments across the crypto industry, the January rally continued and Bitcoin reached its highest price since September on Friday afternoon.

Despite some FUD caused by the DoJ announcement of an announcement on Wednesday, Bitcoin is continuing its 2023 rally and is up nearly 6% on Friday alone. Other cryptocurrencies are on a similar path as Ethereum is also up 6%, and BNB 2.5%.

The world’s largest cryptocurrency spent late 2022 mostly trading between $16,000 and $17,000. In fact, the last time Bitcoin had a price above $22,000 was in September and it collapsed below $20,000 shortly before the FTX bankruptcy without reclaiming the value for the rest of the year.

January brought an unexpected rally throughout the crypto industry with multiple large digital assets—and the shares of some digital asset companies—seeing a steady rise through the first weeks of the year. ETH is up nearly 40% YTD and the stock of the crypto exchange Coinbase—which declined from $230 to $35 between January and December 2022—is up 64% to $55 in the same period.

Even the price of FTX’s FTT token rose by around 30% this week—though this is a result of the news that the exchange’s new management is considering a reopening. The only setback the crypto markets rally faced this week came on Wednesday morning when the Department of Justice announced that it would make a major announcement at noon.

The fact that the DoJ revealed it would be accompanied by other important government agencies including the FBI caused temporary FUD which saw a sharp decline in the price of assets like Bitcoin. The fall was relatively short-lived once it was revealed it pertains to a little-known exchange called Bitzlato. The announcement has since been widely called a “nothing burger”.

A Tumultuous Week for Crypto Comes to a Close

Apart from the action against Bitzlato, this week saw several major developments across the crypto industry. Just on Friday, a hearing on the hotly-debated role of the law firm Sullivan and Cromwell was held, and Genesis’ lending entities filed for chapter 11 bankruptcy after months of uncertainty.

While the disgraced former CEO of FTX Sam Bankman-Fried has been trying to blame the bankruptcy of his exchange—and, perhaps more importantly, the bankruptcy of its US branch which he claims was uncalled for—on the law firm, S&C’s role in the proceedings became a hotly debated topic only on Thursday afternoon after the former compliance officer, Dan Friedberg, filed his affidavit. While Freidberg brought forth an onslaught of allegations against the law firm, the bankruptcy judge ultimately called the testimony “full of hearsay, innuendo, speculation and rumors,” and allowed FTX to hire S&C as its bankruptcy counsel.

Another development that rocked the industry but failed to stop the rally was the announcement of the bankruptcy of Genesis’ lending branches. The bankruptcy has been widely speculated on since November last year and has been reported as nearly imminent on Wednesday before finally being filed for at the end of the week.

How high will Bitcoin go in this rally? Tell us what you think in the comments below.