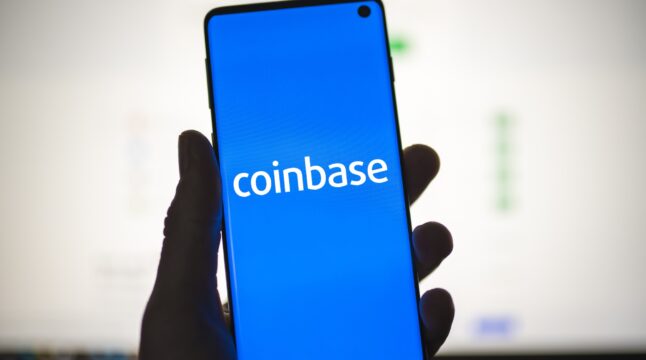 Leaving behind deflated bubble, Coinbase enters 2023 with a leaner workforce and a Bitcoin rally.

FTX’s collapse had a visible impact on how investors viewed crypto exchanges. Due to the fraudulent nature of its demise, other centralized exchanges were under pressure. Two of the biggest of those exchanges were Coinbase and Binance.

What makes Coinbase different from Binance is that it’s a regulated public company privy to more regulations and scrutiny. While Coinbase suffered through last year, it has made some recent gains early this year, with its shares gaining 48% since this year began. But how does the rest of the year look for the crypto exchange?

Given FTX’s positioning as the third-largest exchange before its crash, trust seemed to have eroded in the concept of a centralized crypto exchange. Forbes’ analysis showed that Binance suffered a $12 billion asset outflow in the last two months. Likewise, in November, users had withdrawn $3.5 billion in Bitcoin from Coinbase.

At the end of the FUD line, this left Binance in a domineering market position, at nearly 60% market share. The next in line was Coinbase, with only a fraction of Binance’s daily volume, while the rest of the top five exchange exchanges are barely above the $1 billion volume threshold.

During the bull run of Q4 2021, Coinbase had its best year to date, at $840 million net income, which is more than double the previous quarter at $406 million. However, as the Federal Reserve shifted from quantitative easing (QE) to quantitative tightening (QT), the bubble began to burst. In Q2 2022, Coinbase had a massive $1 billion net income loss, followed by another $545 million drain in Q3.

Coinbase (COIN) shares reacted accordingly. Year-over-year, they are down 77%. Yet, from the beginning of 2023, COIN shares have rallied by 48%.

Seeing the crypto winter trend in the making, Coinbase CEO Brian Armstrong let go of 18% of full-time employees last June, around 1,100 jobs. Last Tuesday, another 950 jobs reduction was announced, accounting for one-fifth of Coinbase’s workforce. After filing a new restructuring plan on the same day, which aims to reduce the operational costs by 25%, Armstrong explained the reasoning in his blog post:

“As we examined our 2023 scenarios, it became clear that we would need to reduce expenses to increase our chances of doing well in every scenario.”

In the opposite direction to Coinbase, Binance announced an increase in its workforce by 30%, bringing the total employee count to 10,000 during 2023.

S&P Global Ratings, the world’s most prestigious rating agency, downgraded Coinbase on Wednesday. Specifically, the exchange’s long-term credit rating and senior unsecured debt rating. Before the new round of layoffs, Coinbase was graded as BBB, deemed as adequate to repay long-term junk bonds.

Likewise, the Bank of America downgraded Coinbase stock from “neutral” to “underperform.” The reasoning for both downgrades is the same one that Armstrong concluded himself for the 2023 outlook – eroded consumer confidence after FTX and regulatory uncertainty.

Cathie Wood is Still Full in on Coinbase

With all the headwinds that smaller-than-Binance exchanges face, it has to be noted that Coinbase crossed the regulatory milestone as the first publicly traded company in April 2021. As such, customers can have more confidence in Coinbase because:

Other non-publicly traded exchanges only have to follow the last point. Counting on this transparency to offset FTX-induced FUD, Cathie Wood’s ARK fund added 74,792 Coinbase (COIN) shares on Thursday.

However, in large part due to the Bitcoin rally following the positive CPI print for December, both Coinbase and ARKK started the year on an upswing.

After still strong job numbers, alongside a cooled-down inflation rate, the market has assumed a more optimistic outlook because the Federal Reserve will have fewer reasons to continue with aggressive interest rate hikes.

Now that miner revenue is getting much-needed relief from the Bitcoin rally, do you think the crypto bottom is behind us? Let us know in the comments below.