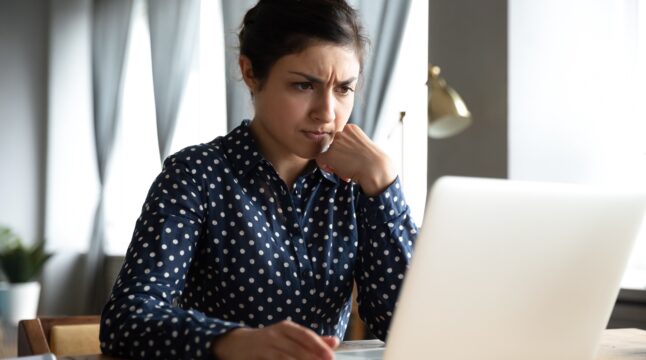 In his Substack articles, Sam Bankman-Fried has claimed he is innocent, did not do any wrongdoing, and that FTX US is solvent.

A week ago, former FTX CEO Sam Bankman-Fried launched his Substack newsletter. The move was somewhat unexpected given that the disgraced crypto boss has been charged with more than eight criminal violations, to which he pleaded not guilty earlier this month. He could face up to 115 years in jail if convicted on all charges.

Bankman-Fried will stand trial in October. As he is waiting for the trial, the embattled founder has decided to write about his perspective on the FTX saga. Here is a look inside his Substack articles.

In his first post, titled “FTX Pre-Mortem Overview,” Bankman-Fried maintained his innocence regarding the collapse of FTX, once the third-largest crypto exchange in the world, that imploded in November. He said:

“I didn’t steal funds, and I certainly didn’t stash billions away. Nearly all of my assets were and still are utilizable to backstop FTX customers. I have, for instance, offered to contribute nearly all of my personal shares in Robinhood to customers–or 100%, if the Chapter 11 team would honor my D&O legal expense indemnification.”

SBF’s claims come even though the new FTX management has accused him of mishandling customer funds. John Ray III, the new CEO of FTX, has accused SBF and other FTX executives of incompetence, inexperience, and poor bookkeeping practices.

SBF also claimed that his crypto exchange and trading firm Alameda Research were “legitimately and independently profitable” in 2021. However, things take a turn in 2022 following a string of events that started with the collapse of Terra and 3AC and led to the crypto market meltdown.

The disgraced crypto boss also addressed his lavish spending, which included millions in donations, consumption, and investments, claiming they were “a tiny fraction” of his earnings. Likewise, FTX’s sponsorships and other spendings were “way less than the amount it raised.”

FTX attorney Andrew G. Dietderich seems to think otherwise, however. In federal court in Wilmington, Delaware, last week, Dietderich said that they now know what Alameda did with the money: the company spent it on hotels and parties.

“It [Alameda] bought planes, houses, threw parties, made political donations. It made personal loans to its founders. It sponsored the FTX Arena in Miami, a Formula 1 team, the League of Legends, Coachella and many other businesses, events and personalities.”

As for who is to blame, Bankman-Fried mentioned three factors, including a steep rise in Alameda’s balance to roughly $100 billion in 2021, the trading firm’s failure to sufficiently hedge its market exposure, and Binance. “An extreme, quick, targeted crash precipitated by the CEO of Binance made Alameda insolvent,” he said.

While CZ has not addressed the latest claim by SBF, he had previously said, “no healthy business can be destroyed by a tweet.” While calling SBF “a master manipulator” and “one of the greatest fraudsters in history,” CZ said FTX “killed themselves (and their users) because they stole billions of dollars of user funds.”

It is worth noting that the post does not address criminal charges filed against SBF or the guilty pleas entered by former FTX and Alameda executives, including FTX co-founder Gary Wang and former Alameda Research CEO Caroline Ellison.

SBF Insists FTX US is Solvent

On Wednesday, SBF published his second Substack post, focused on FTX US, the US arm of FTX. He claimed that Sullivan & Cromwell, the law firm currently tasked with the exchange’s investigation, has been misleading users by claiming a shortfall at the US exchange. He said:

“These claims by S&C are wrong, and contradicted by data later on in the same document. FTX US was and is solvent, likely with hundreds of millions of dollars in excess of customer balances.”

SBF said that S&C has failed to include the $428 million that FTX US has in its bank accounts on top of the $181 million worth of tokens. He claimed that customer balances at the exchange are likely around $199 million, arguing that FTX US “has at least $111 million and roughly $400 million excess cash to match customer balances.”

However, crypto community members were not sold. “Bro typed out a couple of numbers in 5 mins thinking it’s gonna be his get out of jail free card,” one person tweeted in response to SBF’s latest blog post. “Nice Excel sheet that a 5-year-old could make — LOL — Means nothing,” another person wrote.

As reported, Bankman-Fried pleaded not guilty to fraud and other criminal charges on January 3. On the same day, the judge scheduled the trial to start on October 2.

Do you think SBF is doing a smart thing writing Substack articles? Let us know in the comments below.