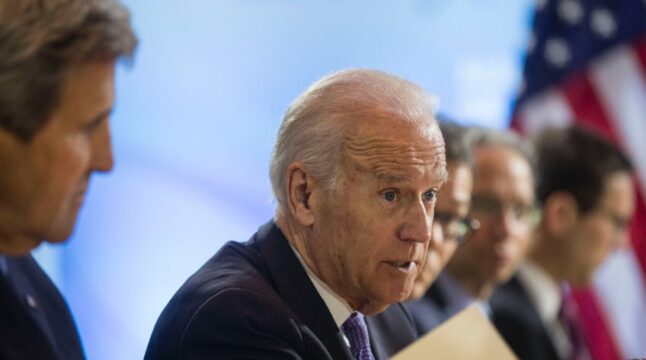 While the White House track record is spotty, the latest inflation framing has some merit.

One year later, history repeats itself. As the Consumer Price Index (CPI) hits 9.1% by the latest Bureau of Labor Statistics report, it marks the highest inflation in over 40 years, for two consecutive months.

It also significantly beat the expectation of 8.8% by Dow Jones estimate. At the same time, the White House issued a statement downplaying the new inflation high.

The Biden admin frames the latest figure as “out-of-date” because almost half of the increase comes from the rise in energy costs, which are now up by 41.6% from 12 months ago.

Is the White House Correct in Calling CPI Data “Out-of-Date”?

Likewise, Brent Crude, the global benchmark for crude oil extracted from the Atlantic, hit a three-month low. Going under $100 for the first time since April, Brent Crude dropped by -7.4% from just a week ago. This bolsters the Biden admin’s case of a lagging inflation indicator.

Interestingly, the Fed’s interest rate hike to combat inflation has caused a recession outlook. In turn, oil futures investors are seeing lowered oil demand, as it typically happens during lowered economic activity. As a result, we are now seeing a decline in crude oil, which is yet to translate to even lower gas prices.

Obviously, because almost all goods rely on oil-powered transportation, the decline in energy costs should then lower CPI in the following months. However, what is the track record for White House assurances?

Nearly Identical Downplaying a Year Ago

On July 19th, 2021, the White House responded to an emerging threat – an inflation rate of 5.4% – a 0.4% increase from May, which, just like today, beat an estimate of 4.7%. This inflation range was already more than double the Fed’s stated target of 2%.

And like today, the Biden admin framed this problem as temporary.

“Our experts believe and the data shows that most of the price increases we’ve seen are — were expected and expected to be temporary.”

Remarks by President Biden on the Economy a year ago.

At that time, gasoline prices had already increased by 45.1% from a year prior. It was also in the aftermath of a $1.2 trillion infrastructure bill, in addition to the Build Back Better Act worth $3.5 trillion, which only passed the House.

In short, the Biden admin’s running thesis at the time was that massive infrastructure investments will reduce inflation.

“If we make prudent, multi-year investments in better roads, bridges, transit systems and high-speed internet and a modern resilient electric grid, here’s what will happen: It breaks up the bottlenecks in our economy; goods get to consumers more rapidly and less expensively; small businesses create and innovate much more seamlessly,”

Not only did inflation not lower but is on a course to be doubled, from 5.4% to 9.1%. Put into a wider context, such a rapid increase outperformed even the Great Recession of 2008.

One may also consider that “temporary” could be stretched to multiple years. However, Treasury Secretary Janet Yellen had already admitted she was wrong this June, so it is safe to assume that the definition of temporary – under one year – applies to the Biden admin at large.

How is the Biden Admin Planning to Correct Course?

Now that the White House statements are given historical context, what is the plan moving forward? The Biden Admin has a three-point plan:

Most importantly, the Biden admin will “give the Federal Reserve the room it needs to help it combat inflation.” This is to be expected given the unusual Biden-Powell summit at the end of May. After all, the Fed is supposed to be an independent monetary body.

The Federal Reserve’s Hike Into Recession

There is no faster way to lower inflation than to plunge the economy into recession. That’s because lowered demand and lowered consumption tend to deflate prices. After all, inflation represents expansion and recession represents a contraction of economic activity.

In two weeks, the Fed will drop another FOMC minutes session. As of Tuesday, the market estimates that the target interest rate between 225 and 250 basis points is almost a certainty, at 92.38%.

This will likely increase from now, so the next interest rate hike is at a minimum of 75 basis points (0.75%), or even a whole percentage increase. If that happens, there will likely be a new wave of selloffs and bottoms. In the meantime, real wage growth has turned negative, at -4.4%, the lowest since 2006.

Simultaneously, consumer confidence has already hit rock bottom. Moreover, the Federal Reserve reported last month that in Q1 2022 U.S. consumer debt is closing in on a new record of $16 trillion. It was also indicative that consumer debt rise for Q4 2021 has been the highest since 2007.

If inflation continues to outpace real wages, which further lowers spending, this is likely to increase the unemployment rate. In other words, these are all intense negative pressures that lower both production and spending.

Lastly, the energy crisis looming over Europe, following the self-crippling sanctions against Russia, will further dampen production, demand, and spending. As these pressures fully materialize, peak inflation may indeed already be behind us, as the Biden admin posits.

Do you think it is coincidental that every major central bank shift, be it money printing or quantitative tightening, tends to widen the wealth gap? Let us know in the comments below.