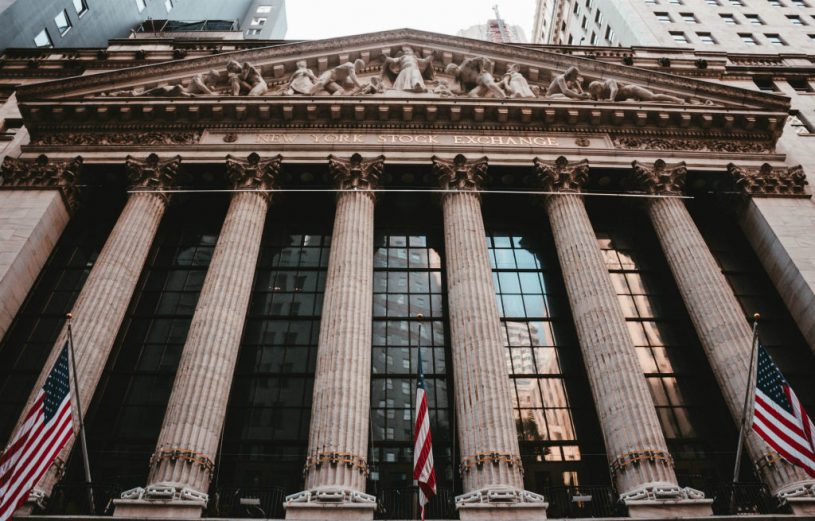 A Year in Review: Security Token Development in 2019

2019 featured significant anticipation in terms of blockchain technology’s developing use-case: security tokens. The beginning of the year saw forecasts claiming “2019 will be the year of the Security Token Offering”. While the year certainly didn’t live up to the hype of some, there were a number of key developments and takeaways worthy of review.

Throughout 2019, security tokens continued to gain credibility from regulators, investors, and entities in the space. Developments took place in a number of jurisdictions across the globe.

At the beginning of the year, the UK’s Financial Conduct Authority (FCA) initiated a consultation to determine its boundaries in terms of regulating crypto-assets. Several months later, the FCA published final guidance saying security tokens do indeed fall under its regulatory scope.

The FCA went on to facilitate the UK’s security token ecosystem through its own regulatory sandboxes. These enabled several businesses to test the market in a controlled yet regulatory compliant environment.

Of these included TokenMarket’s Security Token Offering (STO) which raised £240,000 (158% of its goal) in just two weeks. There was also London-based 20|30 which issued more than £3 million worth of tokenized equity in collaboration with the London Stock Exchange (LSE).

In the United States — the world’s jurisdiction with more security token issuers, investors, and infrastructure providers than any other — a number of advancements took place. The state of Maryland passed a bill allowing blockchain technology to legally record stock issuance, transfer, and management. The U.S. Securities and Exchange Commission (SEC) approved two Reg A+ token offerings: Blockstack and the Props Project.

A number of US-based companies saw progress. Securitize, a technology provider for the issuance of security tokens, assisted with the on-chain tokenization of more than 10 assets. San Francisco-based security token platform Harbor announced the tokenization of $100 million worth of real estate funds.

In Germany, securities regulator BaFin approved a number of STOs, including those by Bitbond and Fundament. While Bitbond raised over €2.1 million, Fundament received regulatory approval to launch a real estate token with an issued volume of €250 million.

Asia also experienced a spike in security token activity. While Chinese regulators have maintained a firm stance against cryptocurrency activity, the Chinese government clearly sees benefits in the underlying technology. China issued almost $3 billion worth of bonds via blockchain and is reportedly developing a legal framework for STOs.

Based in Singapore, end-to-end security token platform iSTOX completed what it says is “the world’s first issuance, custody and trading of a regulated blockchain-based security on a single integrated platform”. San Francisco-based Securitize received a number of investments from entities in Japan, showing notable interest there as well.

Despite global progress, security tokens did not see a year of mainstream adoption in 2019. A number of publicized deals failed to come to fruition.

Earlier this year, Harbor was set to tokenize a luxury student residence located in South Carolina. A few months after the initial announcement, the deal was called off. According to a Harbor spokesman, the cancellation was the result of a dispute with the deal’s mortgage lender. The spokesman told a media outlet,

“The issuer was unable to come to favorable terms with the existing mortgage lender. As a result, they decided not to move forward with the offering.”

In another case, Propellr and Fluidity announced the tokenization of a luxury condominium development in Manhattan back in late 2018. The deal was one of the first security token projects to feature notable mainstream media coverage.

Later, in 2019, the deal quietly fell through. Propellr CEO Todd Lippiatt cited a lack of institutional interest as a primary factor. Interest existed on the supply side, he said, but generally featured poor quality:

“I think at one point we had $3 billion worth of interest in tokenization. But once you started to sift through it all, there was a bunch of people who wanted to raise money for really bad deals.”

Demand Side Interest for Security Tokens

For the industry at large, demand side interest exists in part, but is typically — and controversially — limited to a select group of individuals: accredited investors. Bruce Fenton, the CEO of Watchdog Capital, recently noted the irony surrounding the criteria of an “accredited investor”, as it strictly involves wealth — with absolutely no consideration for education or professional experience. Fenton tweeted,

Things you CAN’T buy unless rich:

The SEC is currently considering a change to its existing accredited investor definition which would make it more inclusive. During a recent vote, one commissioner — who supports the proposal — noted how even he himself fails to meet the criteria of an accredited investor. If the proposal is implemented, it would allow for new pools for eligible investors to participate in STOs.

Another trend could increase interest from the demand side: asset tokenization targeting consumer goods. Nike for example, recently filed a patent to tokenize shoe ownership.

Tokenization could be used to verify authenticity and ownership in resale markets where highly sought-after sneakers are bought and sold second-hand. If Nike — and other companies — push these concepts to market and see mainstream success, they would essentially be demonstrating the effectiveness of security tokens.

What is Needed for Security Token Adoption?

Ultimately, security token implementation is dependent on a number of factors. At least one of them includes demand for the tokenization of highly sought-after assets, whether those include traditional investments or consumer goods, such as a pair of Nike sneakers. Highly sought-after assets, in the context of security tokens, imply high-quality offerings — a factor from the supply side.

Yet here, a number of developments need to be in place. First of all, potential issuers need to understand the benefits security tokens can bring. This exemplifies the why, as in why are security tokens valuable. In 2019, we learned from the words of Propellr CEO Todd Lippiatt that institutional investors might not understand the why at this point.

While this how is largely jurisdiction-specific, the U.S. SEC features significant influence as accredited investors in the U.S. are frequently a target during offerings. Even this remains a bit blurry however, as the SEC is considering a change to who is allowed to invest in a regulated securities offering.

When it comes to user interface and experience, most available tools require technical expertise which is far higher than the average user. There is surely room for improvements in this area.

One major point is clear: security tokens have arrived. While 2019 didn’t feature mainstream adoption, it did show one thing. The tokenization of traditional financial securities does bring practical value to economic transactions in the world — not just in theory.

As technology evolves, the world and its economic infrastructure change with it. With the advent of blockchain technology, many anticipate a major change to the way traditional financial securities are issued, transferred, settled, and how those transactions are recorded. These changes require time, however. Just look at the internet: its first version, a military communication network dubbed ARPANet, went live in 1969.

Today, different variations of the internet — most notably the World Wide Web — have drastically changed the way some humans communicate and even purchase basic household items. These changes are continuously ongoing, with no signs of slowing down.

The world’s first blockchain, Bitcoin, went live on January 3rd, 2009. From a macro perspective, the blockchain space remains in a state of infancy. Yet people across the globe are becoming increasingly disposed to emerging technology. If the tech brings value — first and foremost — the demand will exist, resulting in some form of implementation in due time.

As more people become aware of why and how the tech brings value, expect to see an increase in security token adoption. Will that happen in 2020? Well, as with any significant worldly change, it probably won’t happen overnight. Progress was made in 2019 however. You should expect to see even more in 2020.

What do you think about security token development in the year 2019? What will the security token industry look like at the end of 2020? We’d like to know what you think in the comments section below.

Image courtesy of Proof of News.