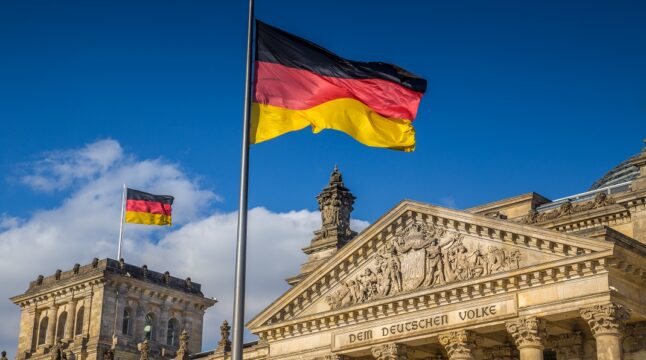 As of February 18th 2019, Bitbond has received regulatory approval from German securities watchdog BaFin to issue tokenized bonds. Bitbond is also set to launch a Security Token Offering (STO) in mid-March 2019, highlighting the regulatory progress of tokenized securities in Germany.

Since the platform’s launch in 2013, Bitbond has loaned over $15 million in more than 32,000 loans. The company claims to have a lending network which exceeds 50,000 investors.

Bitbond has historically targeted the e-commerce market, to include businesses that operate through eBay or the Amazon marketplace.

By 2022, Bitbond predicts it will see more than €1 billion in annual lending volume.

The new digital bonds will likely involve the typical protocol of tokenized securities where the bond exists in reality— in a similar manner to bond existence prior to the process of tokenization— but whose ownership is recorded in an innovative fashion.

Distributed Ledger Technology (DLT) allows for both the ownership and transfer of ownership to be recorded through indubitable and compliant methods. Many of the world’s current processes for such transfers involve obsolete paper and post.

Bitbond’s news for security token innovators didn’t stop there, however. They also announced a Security Token Offering (STO) expected to start in March 2019.

The Bitbond Token (BB1) will use Stellar to provide a globally accessible platform for business lending.

Bitbond released the following details on the token’s functionality:

“Token holders will receive 1% interest on their invested amount every quarter (4% per year). Additionally, token holders receive a variable coupon paid out once per year. Both the quarterly and the annual coupons continue for 10 years, at which point the token reaches its maturity and is bought back at its face value of €1 per token.”

The Bitbond STO is currently accepting names on a whitelist, while the offering is planned to commence in mid-March 2019. The minimum raise is said to be between €3 and €5 million.

In 2016, Bitbond founder and CEO Radoslav Albrecht described how it took his enterprise three years to receive a license from BaFin. At that time, Albrecht said,

“Although you might think three years is a long time, it’s worth noting that we found a way to work together with BaFin and I think it’s fair to say that both sides learned a lot throughout the process. One reason why the application took three years is down to the unprecedented nature of our business. There were no clear guidelines for a global peer to peer Bitcoin lending platform, and a lot of time was spent on creating a fair precedent. We’re proud to have helped set this precedent in Germany.”

Apparently the situation has since changed. Neufund, a German-based platform, raised a total of €3 million in its December 2018 STO.

As the situation progresses, BaFin is believed to have three additional blockchain based securities offerings currently under review.

What do you think of Bitbond’s tokenized bonds? Will BaFin approve additional securities offerings to make Germany a European home for tokenized securities? Let us know what you think in the comments section below.

Image courtesy of The Bitcoin News.