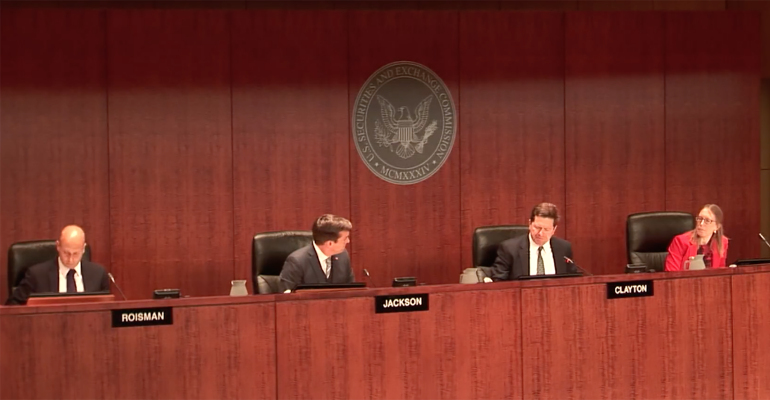 What You Need to Know: The SEC and its Potential Accredited Investor Definition Change

The U.S. Securities and Exchange Commission (SEC) has received widespread criticism for its exclusive definition of ‘accredited investor’. Currently, accredited investors are limited to a select group of wealthy individuals based on one thing: their wealth. Now, the SEC is considering a proposal to change the criteria used to qualify accredited investors — which could potentially bring massive changes to the digital asset industry.

What is the SEC’s Definition of Accredited Investor?

Currently, the SEC acts as a gateway to a significant number of investments. Only investors which fall under the status of ‘accredited’ — according to the commission’s criteria — are allowed through the gate.

The initial purpose of defining such criteria was ‘investor protection’. For years however, people have questioned these criteria. Now, even the SEC itself is considering a change.

According to the active criteria, an individual accredited investor must have a net worth of more than $1 million (excluding a primary residence), $200,000 in annual income, or $300,000 in joint annual income. Accredited investor status is required to access private securities offerings, hedge funds, and private-equity funds. Institutions also have to meet certain requirements — they need to have more than $5 million in assets.

There is no consideration regarding an investor’s education, experience, or general knowledge. Because of this, the majority of industry participants see the definition as a poor metric used to protect investors. Afterall, the SEC is essentially saying that one’s wealth — and solely one’s wealth — is sufficient protection for certain investments. Everyone else is excluded.

Public markets feature strict guidelines regarding investment transparency. Private markets differ however, allowing for a larger degree of variation and less disclosure in terms of the information made publicly available. With the technology boom, private markets have boomed with it, as most rising tech firms tend to stay private for as long as they can.

This has subsequently restricted a significant number of investors from participating in a large number of offerings over the past three decades. Many people feel as though these offerings were of high-quality — yet an estimated 80% of Americans were deemed ineligible due to a lack of wealth, or rather, ‘accreditation’.

The SEC Changing its Definition of Accredited Investor Explained

Now, the SEC is considering an amendment to its definition. According to a public statement from the SEC, the proposal “seeks to update and improve the definition to more effectively identify institutional and individual investors that have the knowledge and expertise to participate in our private capital markets.”

According to SEC Chairman Jay Clayton,

“The current test for individual accredited investor status takes a binary approach to who does and does not qualify based only a person’s income or net worth. Modernization of this approach is long overdue. The proposal would add additional means for individuals to qualify to participate in our private capital markets based on established, clear measures of financial sophistication. I also am pleased that the proposal specifically recognizes that certain organizations, such as tribal governments, should not be restricted from participating in our private capital markets.”

Roisman pointed out how, surprising as it may be, he does not qualify as an accredited investor — along with many of the other SEC staff. Peirce said the existing definition is an “offensive concept lurking in our securities law”. As Americans we feature a certain equality, she says, and the government needs to secure these rights — not remove them.

Jackson opted for a more data driven approach. Both he and Lee touted the proposal as “overly inclusive”.

How will a Change to ‘Accredited Investor’ Impact Security Tokens?

The SEC has received significant criticism from the digital asset sector regarding its accreditation requirements. With the emergence of blockchain technology came the Initial Coin Offering (ICO), which was leveraged by hundreds of companies to raise billions of dollars.

Yet the ICO curtailed the majority of regulatory requirements that come with raising capital. SEC Chairman Jay Clayton has previously said himself that nearly every ICO he has seen constitutes a securities offering. Hardly any were compliant with such laws, however.

As a result, the ICO diminished. As quickly as it disappeared, a new kid arrived on the block: the Security Token Offering (STO). In differing from the ICO, the STO explicitly declares itself a securities offering, and therefore abides by the corresponding regs while also utilizing the benefits of blockchain technology.

Still however, many STOs — since they are compliant securities offerings — are confined to wealthy accredited investors. Changing the qualifications of an accredited investor could therefore significantly increase the demand side — both investor eligibility and participation — for STOs.

Reactions from the Digital Asset Space

“BREAKING: SEC Proposes to Update Accredited Investor Definition to Increase Access to Investments. This is a step in the right direction. We must stop discriminating against 80%+ of Americans based on wealth.”

“Finally! this is great news, potentially transformative for the Digital Securities ecosystem. That’s what almost everyone in the ecosystem have been advocating for. It’s great to see that the SEC is taking action towards a more effective, fair and inclusive accreditation model.”

“I’m in favor of abolishing ALL accredited investor rules. They are antiquated, have little to no value in protecting the public & slow legitimate capital formation. People are able to buy state lotto tickets, they should be allowed to invest in the same investment as the rich.”

A public comment period will remain open for a period of 60 days. The SEC has invited those interested to submit a comment through its internet submission form, or via email to [email protected].

What do you think about the SEC potentially changing its criteria for accredited investor status? How do you see this impacting the security token industry? We’d like to know what you think in the comments section below.