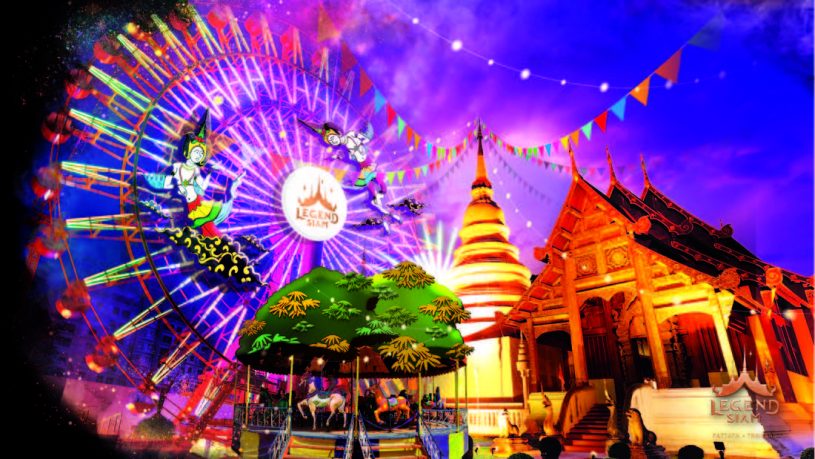 On November 9th 2019, Via East West Capital (VEWC) announced a Security Token Offering featuring Legend Siam Theme Park, a cultural theme park in Thailand. The STO will be powered by VEWC’s own private blockchain, where a Reg D filing was made with the U.S. Securities and Exchange Commission (SEC).

Thailand’s first cultural theme park is set to raise funds through a Security Token Offering (STO). The park— located in Pattaya, Thailand— is fully operational, covering 65 acres of land. With a capacity to hold 20,000 visitors, the project has a value totaling $131 million.

Currently, the park features 8 attractions, 140 shops offering local Thai food and products, and can facilitate the parking of 1,000 cars and 100 buses. The park has the mission of promoting Thai culture and symbolism. Now, the park is leveraging VEWC to bring security tokens to a theme park, in a world-first.

VEWC has created Legend Siam Coins (LST) through its own private blockchain. The company touts 100% transparency when it comes to investor management. According to Shen King, CEO of VEWC,

“This addition to our business is just a natural extension of our vision for a crowd-financed world, and we provide 100% transparency to all our investors.”

The offering will be open to foreign accredited investors, and features a Reg D filing with the U.S. SEC with Blue Sky Filing. For this particular deal, VEWC played a role in providing the distribution platform where accredited investors can purchase tokens.

Blockchain technology features numerous benefits when compared to traditional fundraising methods. Such methods feature stringent regulation which claim to provide investor protection. The surge of Initial Coin Offerings (ICOs) which many companies leveraged to raise funds, largely failed to abide by the majority of such regulations.

As a result, the ICO has drastically decreased, while the STO is on the rise. In differing from the ICO, the STO explicitly declares itself a security, and abides by its jurisdiction appropriate laws and regulations. Many of these regulations can actually be algorithmically enforced through blockchain technology, allowing for the removal of costly middlemen seen in traditional fundraising.

The tokenization of securities has already seen implementation in a number of regulated, real-world assets. These include equity, investment funds, real estate, and even fine art. Harbor CEO Josh Stein has even noted that professional sports teams have expressed interest in the tokenization of team ownership.

Security tokens are touted to feature many benefits when compared to virtually every category of traditional financial securities. Tokenization creates added liquidity through an internet-connected global market which operates 24/7/365, opening the door to new pools of investors.

VEWC says the Legend Siam Theme Park’s tokenization not only exemplifies such benefits, but lays a blueprint for additional real estate tokenization projects to emulate. When it comes to real estate investing, VEWC says tokenization will result in “global exposure, transparency, and liquidity.” Regardless of the exact asset type experiencing tokenization, companies can unlock liquidity by making different aspects of its value capable of being traded or invested in — two features which have been otherwise impossible.

In addition, settlements which can take days to complete in traditional markets can have a significantly shortened timeline with blockchain technology, where much of the process can be automated. The transparency featured with the blockchain can also be helpful when it comes to regulatory compliance, a mandatory criterion in the realm of securities.

While the nascent security token industry continues to develop, VEWC sees a future of increased demand. According to King,

“We predict a rise in the potential and demand for tokenized securities because digital ownership on the blockchain provides so many advantages over legacy investments, and tech-savvy investors are seeing the value proposition in real-time.”

What do you think of VEWC leading the first-ever security token offering featuring a theme park? Which asset type— equity, real estate, investment funds, fine art, or another— will be the first to experience mainstream success when it comes to tokenization? We want to know what you think in the comments section below.

Image courtesy of The Big Chilli.