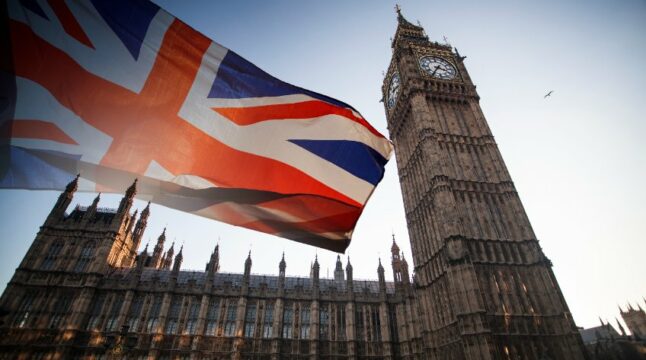 The UK is seeking to regulate digital assets in order to become a global hub for crypto asset technology and investment.

The United Kingdom is proceeding with plans to replace European Union financial services law with new legislation that also aims to regulate digital assets. The new bill, dubbed the Financial Services and Markets Bill, was announced to Parliament by the UK Treasury on Wednesday, a day before MPs planned to begin debate on the measures.

The current Chancellor of the Exchequer Nadhim Zahawi, who delivered his first Mansion House speech on Tuesday, said that the UK plans to reform the financial services industry through a Financial Services and Markets Bill. The Chancellor described the bill as “a landmark piece of legislation” and detailed it has been in the works for some time now.

According to an announcement by HM Treasury, the bill is intended to seize the benefits of Brexit by revoking EU retained law governing financial services. It also aims to renew financial services regulation in the UK to “maintain the UK’s position as an open and global financial hub” and “bolster the competitiveness of UK markets.”

The bill will also implement the outcomes of the Future Regulatory Framework (FRF) Review, which was established by the UK government to consider how the financial services regulatory framework should adapt to be fit for the future. In particular, the proposal was created to reflect the UK’s new position outside the EU.

“The Financial Services and Markets Bill is a once-in-a-generation opportunity to turbocharge one of the UK’s most crucial industries under a new government, but it will only achieve this if the competitiveness and growth objective has real teeth.”

The UK aims to regulate stablecoins as a form of digital payments via its new markets bill. More specifically, the bill intends to bring stablecoins, when used as a means of payment, into the regulatory perimeter. According to a copy of the legislation, existing rules for banking and payment systems will be modified or extended to cover digital assets.

The bill refers to cryptocurrencies as “digital settlement assets,” (DSAs), arguing that they are “a digital representation of value or rights.” It also assigns the task of regulating cryptocurrencies (DSAs) to the UK Treasury. Per the bill, the treasury will have the power to regulate DSA service providers, DSA insolvency structures, and payments made with DSAs.

Zahawi said the bill aims to bolster crypto innovation and development while preventing financial scams and frauds. He stated:

“In short, the Bill delivers far-reaching reforms to our financial regulation, which we will deliver in partnership with the industry…We’re engaging internationally with the largest emerging markets…Working to understand how Distributed Ledger Technology could be applied to a UK sovereign debt instrument.”

The bill comes as the government has unveiled its ambitious plan to make the UK a leading crypto hub. Back in April, the Treasury announced that it aims to bring stablecoins within its regulatory framework in order to pave the way for their use in the UK as a recognized form of payment. The announcement said:

“The government has today announced moves that will see stablecoins recognised as a valid form of payment as part of wider plans to make Britain a global hub for cryptoasset technology and investment.”

Do you think the UK could become a global crypto hub by regulating digital assets? Let us know in the comments below.