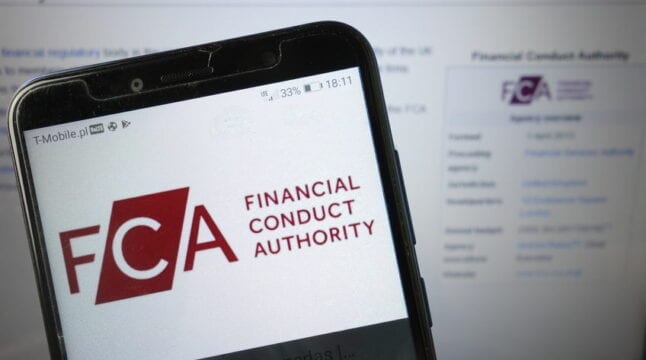 The Financial Conduct Authority (FCA) has released a study showing that there is an estimated 4.4% of UK consumers holding cryptocurrencies. Of these adults, their median amount in crypto holdings is £300. The study also found that, while awareness of cryptocurrency in the UK has risen, people’s general understanding of the industry is poor.

What Percentage of U.K. Adults Own Cryptocurrencies?

UK adults are getting more involved in cryptocurrency, with a total of 5.7% adults either owning or previously owning digital assets within the last year. This is up by 0.3% from 2020, when it was found that there were 5.4% of people in the market.

Of these people, 66% of them hold Bitcoin, 35% hold Ethereum, 21% hold Litecoin, 18% hold Ripple (XRP), and 15% hold Bitcoin Cash (although some may have received Bitcoin Cash via an airdrop from when the Bitcoin hard fork occurred several years ago). Recognition of cryptocurrencies is also up, even among lesser-known altcoins such as EOS, Stellar, NEM, and stablecoins such as Dai.

In fact, the study found that it was most likely that the consumers who are over 55 would only know of Bitcoin, meaning that the vast majority of people under that age are aware of altcoins.

However, the study did present a possible issue for UK citizens. The FCA spends a lot of time researching potential risks with regards to spending and investment habits– when it examined people’s crypto activity it found some dangerous results. The report identified four “possible drivers of harm”.

15% of citizens who invested in cryptocurrency had an income below £20,000. For context, the median household income in the UK (as of 2020) is £29,900. It also found that 12% of UK citizens believed that their crypto investments had some financial protection.

While the UK does monitor some crypto activity, but it almost exclusively does this with the aim of preventing money laundering. This is somewhat unlike the US where the SEC has been rumored to soon take an active approach in overseeing the crypto markets in their entirety. Based on the SEC’s most recent regulatory agenda however, it doesn’t look like this will happen anytime soon.

Furthermore, 14% of UK adults had borrowed money to make crypto purchases, and only 10% were able to provide a suitable definition of what a cryptocurrency is. These statistics are deeply worrisome, as it reveals that a large portion of the market is made up of people who are not in the best position to be engaging in these types of investments.

What is Driving the UK’s Digital Asset Interest?

The FCA study asked several questions to try and determine why UK adults are jumping into the crypto markets. It found that 38% of people purchased “as a gamble that could make or lose money”, 30% bought “as a wider investment portfolio”, and 19% bought them as an alternative to traditional investments such as stocks or precious metals.

In addition to this, 15% of people stated they bought cryptocurrency for ideological reasons, such as distrusting traditional financial systems. This is a sentiment that has been growing worldwide for some time now and has possibly been exacerbated due to the upcoming recession.

What this study reveals overall is that crypto and blockchain technology is swiftly becoming ingrained into British society, and people are becoming increasingly aware and enticed by the industry. This is huge news for the future as a sustained interest in crypto will be extremely helpful for keeping the markets healthy and afloat, especially when we eventually enter into a bear market, perhaps sometime within this year.

Why do you think cryptocurrency has become more popular in the UK? Let us know in the comments!