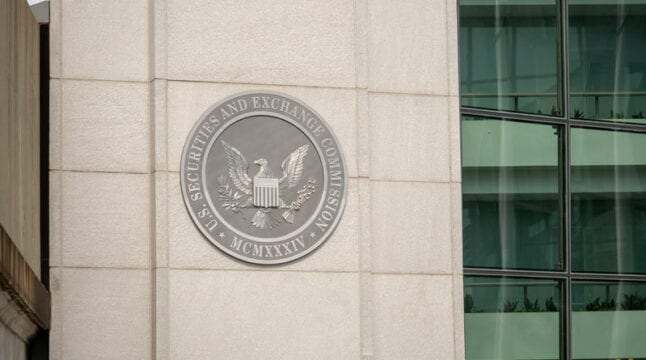 The SEC has a full plate—but it apparently does not include Bitcoin nor any other cryptocurrency.

The Securities and Exchange Commission (SEC), the agency in charge of regulating the flow of capital and the protection of investors, has released an agenda for remainder of 2021. Neither Bitcoin, nor cryptocurrencies are included. The news comes just a few weeks after Gensler .

Cryptos Still Rely on Fiat Money as a Reference Frame

Every crypto investor has a gnawing concern in the back of the mind. What if the entire world adopts the Chinese stance on cryptocurrencies? At least, the part of the world with the greatest concentration of wealth and political influence – North America, Europe, and Russia.

In such a hypothetical scenario, cryptocurrencies would likely not be banned of the difficult in such a feat, which is why they are not banned in China as well. Instead, they would be delisted by banning crypto exchanges from operating. In other words, the conversion from crypto to fiat would be impossible.

You might have noticed that when a new altcoin is listed on exchanges, this causes its price to spike as a milestone of legitimacy. In fact, it is often the case that people base their crypto investments on whether big crypto exchanges followed a new crypto project on social media. Likewise, when a cryptocurrency is delisted, its price collapses.

In turn, if governments delist crypto exchanges themselves, the bridge to fiat would be cut off. However, in a period of rapid fiat money devaluation fueled by inflation, this bridge is becoming too useful to ignore even for the most powerful and wealthiest. Therefore, leaving the crypto space alone did not come as a surprise.

Not many know that Gary Gensler, the current chairman of  the US Securities and Exchange Commission (SEC), also taught a course titled “Blockchain and Money” at MIT. It is safe to say that such intimate familiarity with the technology underpinning cryptocurrencies resulted in a regulatory agenda for 2021 that doesn’t even mention the topic.

Based on his statement last week to CNBC, Gensler is more interested in protecting investors by regulating crypto exchanges. More precisely, creating rules so that each agency – SEC and CFTC – has a clear mandate. Regarding crypto exchange regulation, Gensler said “there’s some work to be done there”, but it’s not coming soon.

Nonetheless, the complete absence of cryptocurrencies from the Agency Rule List couldn’t have come at a more opportune moment as CBDCs are being rolled out. Many view CBDCs – central bank digital currencies – as a death knell for crypto assets. However, they are not all created equally.

Russia and China view CBDCs as a defense against dollarization of their economies, in addition to creating an efficient payment system befitting the digital economy. For the ECB, CBDC represents a way to maintain the sovereignty necessary to deploy monetary policies. The US is in a unique position because USD is the world’s global reserve currency, which can be easily tokenized via stablecoins.

This is why all the congressional hearings have not yet yielded any concrete plan to make a US CBDC any closer to reality. One of the biggest points of disagreement is the nature of it – accounts linked to the Fed, or an open, Bitcoin-like blockchain node network. Some congresspeople, like Tom Emmer, continue to advocate for a greater focus on privacy.

In a virtual hearing which took place on June 11th, Emmer said,

“To be a truly permissionless digital cash, a digital dollar must have the same attributes as physical cash… We should have the courage of our convictions to build these values into a digital dollar and not to emulate systems like China’s new digital yuan which is closed, centralized, surveilled and permissioned so that access can be denied and payments blocked by those in power.”

Although it is easy to think of such sentiment as naïve in the current climate of increased centralization and surveillance, it has a more practical foundation than you may think. Economists are familiar with an observation formalized by Henry Macleod in 1860 after Sir Thomas Gresham, dubbed Gresham’s Law:

This law refers to the observed pattern of people hoarding metal coins that look good, while spending the faulty, or “bad” ones, as soon as possible. Consequently, the good coins tended to be eliminated from the circulation. In the modern era, one could view Bitcoin as the good money that is being hoarded, or “hodled”, while fiat currency is the bad money.

Consistently low Bitcoin supply, with over 50% not moving in a year, boosts the merit of Gresham’s law. This is why we see Blackrock, the world’s most powerful financial entity and the Fed’s ‘advisor’, exploring Bitcoin by trading in futures. Accordingly, it seems more likely that Ray Dalio’s warning will not come to pass. Rather, CBDCs will be used for payments – as a devaluing ‘bad’ money to be spent – while Bitcoin could very well remain as a taxable ‘good’ money.

Do you think Gensler is more likely to approve half a dozen Bitcoin ETFs currently being reviewed? Let us know in the comments below.