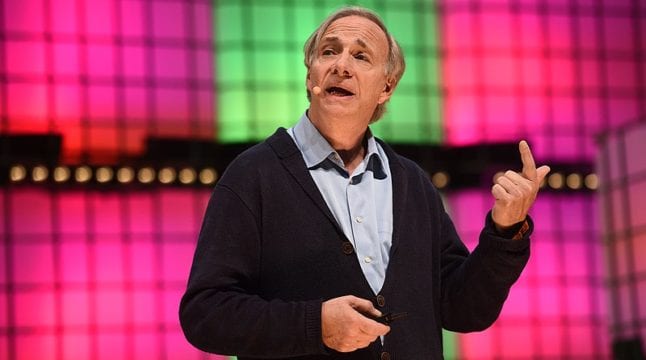 Billionaire Ray Dalio believes that governments will outlaw Bitcoin if it grows too large. Is this a possibility?

Bitcoin critic Ray Dalio, billionaire economist and co-founder of Bridgewater Associates, spoke negatively of Bitcoin’s prospects in a recent interview. Dalio, who prefers gold and says CBDCs have more potential than Bitcoin, has never shown support for crypto. He went so far as to say that governments would simply outlaw Bitcoin—if the momentum were to continue.

But how likely is the idea of a total crackdown on Bitcoin worldwide? After all, the digital currency has survived so far and is performing better than ever. Are Dalio’s comments merely uninformed or biased?

What Does Ray Dalio Think of Bitcoin?

Dalio’s comments are in direct opposition to what many banks and prominent investors now think. Once-critics of Bitcoin have changed their tack on the asset. This includes JPMorgan Chase, which has said that Bitcoin could double or triple its value in the near future.

Generally speaking, people are turning away from the idea that Bitcoin is a fad, and beginning to see its potential as a store of value. There’s even a US Senator-elect that holds Bitcoin, the first of its kind.

💡 Not sure how Bitcoin works? See our Bitcoin investing guide.

The point is that Dalio’s remarks are a bit contrarian in this day and age. There would have been a time when he would have had a lot of support, but not anymore. Even hedge funds are throwing themselves behind Bitcoin, with the total AUM increasing by $1 billion this year.

He also argued that its volatility was one of its banes — but Bitcoin’s volatility has been reducing with time. What Dalio should really note is the fact that it is the best performing asset of 2020.

Dalio seems to ignore Bitcoin’s primary property—its decentralized nature. This makes the outcome of a Bitcoin ban very unlikely. Governments might very well think of taking stringent action, as in the case of India.

But India’s ban hardly affected the cryptocurrency trade in the country. There is neither efficacy nor incentive in outright outlawing Bitcoin. Why would governments outlaw the market when there is more to be gained from encouraging innovation?

The idea that Bitcoin is a haven for money laundering, which continues to be spread, is also untrue. While KYC checks should be implememted, the asset is currently not a large financier of terrorism. In fact, it is not anonymous—there are privacy coins that obfuscate transactions, but Bitcoin is not one of them.

The truth is that there is a little governments can actually do, if they even had the inclination. Bitcoin has no central figure that governments can summon to a hearing. Nor is there a single website that they can censor. Effectively banning Bitcoin would not be as simple as signing legislation.

The most they can do is command centralized entities, like exchanges, to shut down their operations. But even that won’t stop the asset class. There was a time when there were hardly any exchanges, holders instead transacted directly in a peer-to-peer manner.

In any case, the ball has rolled far too deep for any aggressive actions such as complete outlawing to take place. That is the whole point of cryptocurrencies anyway. This could even result in the, now rather common, Streisand effect where outlawing or banning something leads to increased popularity.

Governments are better incentivized to work with the market. Most agree that Dalio’s claim of Bitcoin as failing to function as a store of value or means of exchange is not correct. Bitcoin is only ten years old and has made remarkable strides in that time.

Furthermore, it has incurred fewer cases of fraud or security incidents than traditional markets have at the same time. Lastly, the benefits of speed and transaction cost reduction are simply too good to ignore. It’s a store of value that lacks the correlation to gold.

Any forward-thinking government will see these benefits as well. In fact, countries with the most to lose have indicated that they do not wish to impose draconian rules. This includes the US and China, two of the most dominant nations economically.

📈 Did you know: Bitcoin is now accessible through several of the top stock market apps.

What’s likely to happen is that governments will impose regulation. From taxation to capital raising to transaction tracing, authorities will issue wide-sweeping regulation. This is only expected, as it is an asset class of an unprecedented nature.

There shouldn’t be much to worry about when it comes to Bitcoin regulation in the future. At worst, investors will have a more complicated tax filing process. Cryptocurrencies are far too entrenched and developed to be swatted away—and being decentralized, it’s not like they can be.

It’s also heartening that once-critics of Bitcoin, like Microstrategy’s Michael Saylor and JPMorgan Chase, have changed their opinion. Perhaps Dalio too will change, who might one day see the value in a “digital gold” for the 21st century.

The benefits of both digital currencies and blockchain technology are potentially too great for governments to overrule. They would do better to work with it, rather than against it, and it appears that is what is happening.

Do you think Dalio is right in saying governments will crack down on Bitcoin? Do you think it’s even possible? Let us know in the comments below.