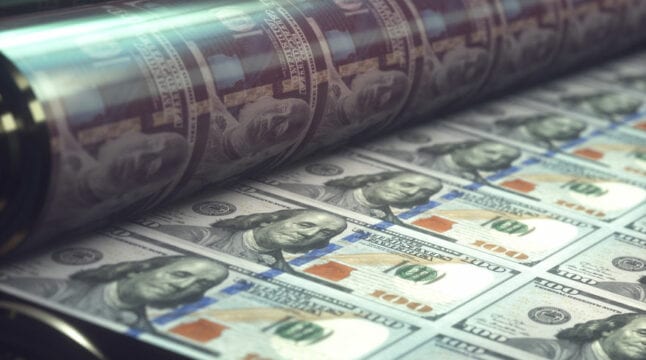 Where does the economy go from here - and what's the impact on digital assets?

The U.S. Bureau of Labor Statistics has revealed that, in May 2021, the Consumer Price Index for All Urban Consumers (CPI-U) rose by 0.6% on a seasonally adjusted basis. This comes just after it rose again by 0.8% in April. Zooming out, this shows that over the last 12 months, the Index rose by a total of 5.0% (before seasonal adjustment).

The last time we saw the percent this high was by the end of August 2008, when the CPI-U rose by 5.4%. Back then, it was a sign of the financial crisis that took place during the same year. This has left people questioning the state of the economy, and wondering what sort of impact it will have on the everyday individual, as well as the digital asset space.

What Does the CPI-U Represent?

The Consumer Price Index for All Urban Consumers (or CPI-U) is a tool used to determine the state of the economy within the US. It measures the price of goods and services within urban and densely populated areas, capturing a surprisingly large amount of America’s spending habits as it covers 89% of American households.

The CPI-U is generally considered a better representative of the economy than the stock market, as the stock market is not reflective of the average consumer, but rather a specific subsection of society that actively engages in trading. It is designed to track inflation within cities, as this is oftentimes the first place that inflation begins to crop up.

The most obvious culprit for this increase is COVID-19. Everybody knew from early on that the pandemic was going to bring about unemployment and force people to cut back on spending. Surviving a virus outbreak is expensive for both a country and its people.

Although, the US government is largely to blame for this rise in inflation. In early May, Stanley Druckenmiller, Billionaire economist and hedge fund manager, raised concerns about the Federal Reserve’s decision to hold down interest rates to encourage spending and trigger the economy to bounce back.

Deutsche Bank has also pointed its finger at the US, claiming that stimulus packages are triggering inflation rates. Countries and central banks are faced with the difficult situation of keeping their economies afloat, while limiting the adverse effects of inflation.

It is no coincidence that, during the highest annual percentage increase the CPI-U has seen in 13 years, cryptocurrency has seen one of its wildest bull markets to date. It must never be forgotten that Bitcoin was created in 2008, in the midst of the financial crisis.

Bitcoin was built at a time when people had a profound distrust of institutions, as many knew that some governments and corporations were to blame. In many ways, that distrust has resurfaced. With the knowledge that the US government performed terribly on many levels at handling the pandemic, and with growing (and suddenly genuine) concerns that COVID-19 may be lab-grown, the last 12 months have caused a great many to move away from institutions.

Added to this is the fact that, during the biggest financial crisis since 2008, conglomerates such as Amazon saw a nearly 200% increase in profits. The pandemic has caused citizens to question and scrutinize centralized institutions. It has birthed the perfect conditions for individuals to look elsewhere, towards decentralized alternatives.

This is strikingly similar to the views of Tim Wu, a White House Antitrust Advisor and Special Assistant for the Biden Administration, who was once a Bitcoin skeptic, now turned Bitcoin millionaire. In a 2017 opinion piece, Wu examined Bitcoin’s cultural significance, writing that:

A fair theory to propose, based on economic and social observations, would be that decentralized cryptocurrencies rise whenever trust in institutions falls. This means the CPI-U’s recent statistics may suggest cryptocurrency will have a positive time for months to come– although it is of course bittersweet, as rising inflation affects the average consumer in atrocious ways.

What do you think has caused the increase in inflation? Let us know in the comments!