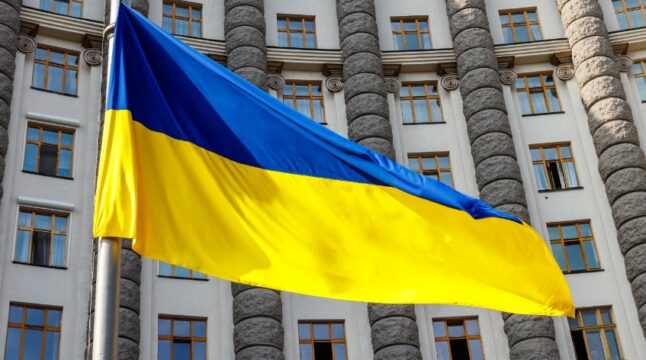 Local demand remains substantial as Ukrainians continue to favor cryptocurrencies in the face of continued fights with Russia and its Central bank's crypto transaction ban.

With the ongoing Russia-Ukraine conflict lasting more than six months, market data from Kaiko shows that Ukrainian Hryvnia (UAH) cryptocurrency trade volumes remain strong. This comes as citizens of the war-ravaged country increasingly turned to digital assets in a bid to hedge their wealth.

The initial spike in Ukrainian Hryvnia (UAH) cryptocurrency trade volumes following Russia’s invasion prompted the country’s apex bank (NBU) to ban crypto transactions in the local currency. This was done to stem currency outflows and help stabilize the depreciating currency in the face of the conflict. Despite having the desired effect, all indications show that crypto transactions in hryvnia remain robust.

The chart above gives a detailed overview of Hryvnia’s trade volume. Before the invasion, the daily volume was below 100 million as Ukraine traded more in crypto assets than in fiat currency, according to a triple-A report. However, the onset of the invasion brought about a spike in trade volume, which surged to nearly 400 million UAH as donations in crypto poured into Ukraine.

With the trading volumes remaining elevated above the 200 million UAH level, Ukraine’s apex bank issued its ban in April. This caused the recorded trade volume to fall below 200 million UAH. Since then, it has continued to trade between 100- 200 million UAH with occasion spikes above it.

Accordingly, the increase in daily trade volume was driven by the growing demand for Tether stablecoin. The USDT-UAH tripled on average since January, rising faster than BTC-UAH trades. Today, Tether trades dominate UAH-denominated transactions, indicating interest in the stablecoin amid the local currency’s sharp depreciation and FX market interruptions.

Furthermore, to stem inflation and stabilize the country’s financial system, the NBU has kept the hryvnia exchange rate against the US Dollar fixed. Despite this, the cryptocurrency market has continued to function, offering an intriguing case study of how decentralized markets might allow price discovery despite political constraints.

As seen in the chart above, while the NBU maintained a fixed exchange rate since February, the USDT-UAH pair saw a 40% increase in value. This shows that the UAH continued to depreciate against the US dollar. Consequently, the NBU last week announced a new UAH exchange rate that fixed 1 USD at 36 UAH, a 25% rise from its previous peg. Nonetheless,  the price of 1 USDT continues to diverge on crypto markets.

The Russia-Ukraine conflict has seen digital assets take center stage as citizens from both countries turned to it increasing to protect their wealth. The onset of the war saw several donations in crypto and from crypto companies pour into Ukraine’s defense efforts.

While Ukraine has received most of the attention, Russia has not been left out. Chainalysis revealed that Pro-Russian paramilitary and volunteer groups had received almost $2.2 million in crypto donations. However, this amounts to just 4% of the total sum received by Ukraine to fund its war.

Similarly, Moscow recently banned digital asset payments in Russia. The new legislation allows for various uses of Digital Financial Asset (DFA) payments while prohibiting its use to pay for “transferred products, performed works, or supplied services”. However, Russia’s banking authority said it was open to accepting the use of digital assets for payments to foreign partners.

The idea of utilizing digital assets for international settlements has received positive feedback in Russia. This is in light of the severe sanctions imposed on the Kremlin due to its Ukraine invasion. However, most Russian government institutions continue to support the ruble’s exclusivity as legal money.

Overall, cryptocurrencies continue to see growing use and adoption in Russia and Ukraine while showing how effective they can be in war times. From being used to raise money, and hedge wealth to showing the actual value of a country’s currency value despite government policies. In the end, it is shaping up to be genuinely “people’s money”.

Do you think digital assets have proven significantly useful for global finance in light of their growing adoption following the war outbreak? Let us know your thoughts in the comments below.