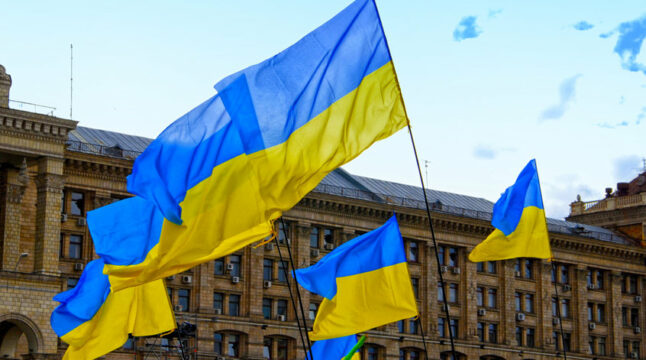 With a $10M aid package, Kraken has become the latest crypto company to join global humanitarian efforts towards Ukraine.

US-based cryptocurrency exchange Kraken announced yesterday that it would distribute over $10 million in aid to its Ukrainian customers.  The ambitious aid package is being provided to support the victims of Russia’s invasion of Ukraine, which is entering its third week.

Starting today and running till July 1, all Ukraining users who created an account before March 9 are eligible for the aid package. They will receive $1,000 in Bitcoin, which they can withdraw immediately from the exchange. Also, conversion fees of up to $1,000 will be waived for these clients within the stipulated period.

The aid package will be funded by historical Ukraine revenues and the first half of  2022 income from Russia-based trading. Jesse Powell, Kraken’s CEO, said he hopes his company can continue to provide essential financial service to users affected by the war. He further extolled the virtue of digital assets as a crucial humanitarian tool, especially when traditional financial institutions become unreliable.

Kraken and several other crypto exchanges, including Binance and Coinbase, have rejected calls for a blanket ban of their Russian customers. All three platforms have said they would stay put in Russia after it instigated an invasion of Ukraine. The decision has seen them receive backlash from Ukrainian government officials and their sympathizers.

After being invaded and sanctions started to roll against Moscow, Ukrainian officials urged crypto exchanges to freeze Russian accounts on their platforms. In response, Jesse Powel said despite understanding the rationale behind the request; his platform could not carry out the request without legal backing. He then warned Russian users that such a requirement could be imminent.

Consequently, the refusal of these platforms to acquiesce has led experts to say it weakens all attempts to isolate Moscow’s economy. While speaking to reporters, Alex Bornyakov, Ukraine’s deputy minister of digital transformation, said the exchanges risked facing a global backlash over their decision. He said,

“Private business decides for themselves where they stand, which values they support and how it’s going to benefit them. Even those who decided to stay – society eventually is going to ban their products because we see this enormous support from the citizens, from the people of the world.”

Unlike crypto platforms, traditional financial firms like Paypal, Visa, and Mastercard have all suspended their services in Russia. However, fears persist that the anonymity offered by crypto would help Moscow circumvent sanctions. On Monday, the US Treasury allayed those fears, claiming that wide-scale evasion of sanctions using digital assets was not practicable. It also called for vigilance from exchanges.

Ukraine’s ongoing effort to repel the Kremlin continues to be partly funded through crypto donations. The global crowdfunding campaign has received support from several crypto communities, with Dogecoin, Polkadot, and Solana now accepted.

Prominent members and platforms within the industry continue to throw their weight behind Ukraine. So far, over $108 million in crypto donations have been raised across Ukrainian government wallets, charities, and relief efforts. Like Kraken, a popular NFT collection, the Bored Ape Yacht Club (BAYC) has also joined the humanitarian effort.

On Wednesday, the BAYC creators said they would match a $1 million donation in ETH received from its holders with $1 million of its own. Other notable contributions include Binance’s Ukraine Emergency Relief Fund, which has received approximately $11.3 million in BTC, BNB, and BUSD since its creation.

Kuna’s Crypto Fund of Ukraine has received approximately $14 million. These donations have been cryptocurrencies like Polkadot, Tether, Candle, USDC, and Dai. This further confirms the crucial role played by digital assets in the ongoing conflict in Europe.

Do you see crypto exchanges acquiescing and banning all Russian accounts on their platforms? Let us know your thoughts in the comments below.