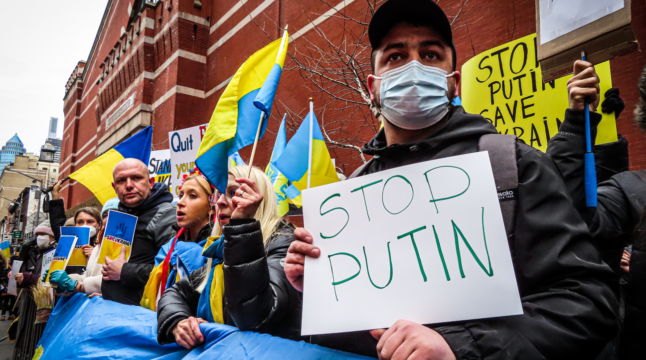 Crypto has turned out to be an efficient method to raise money for organizations in Ukraine.

However, what seemed an easy win for Russia turned out to be quite the opposite. Experts believe the Russian military has made some “strategic slips,” with some even claiming Putin has already lost the war.

Meanwhile, the war is still very much in progress on the ground—meaning there are people in need of emergency services like food and medicine. Cryptocurrency has been a vital tool for keeping donations coming into the battlefield, allowing Ukraine to raise approximately $20M in crypto donations so far.

In response to the humanitarian and military crisis in the country, the Ukrainian government has started raising funds by donations. Over the weekend, the National Bank of Ukraine (NBU) opened a special fundraising account to support the country’s armed forces. The bank said in a statement:

“The central bank’s decision comes after the Ukrainian government imposed martial law throughout Ukraine in response to armed aggression by Russia and the renewed threat to Ukraine’s independence and territorial integrity.”

Likewise, to help out Ukrainians, people started fundraising campaigns worldwide. However, just like Canada, some fiat-based fundraising platforms began enforcing restrictions, which made some donors use crypto instead.

On February 25, Patreon, an American membership platform, banned the “Come Back Alive” fundraising campaign on its platform. “We don’t allow Patreon to be used for funding weapons or military activity,” the platform said in a statement.

Moreover, over the weekend, Ukraine’s official Twitter account posted several pleas for crypto donations. “Stand with the people of Ukraine,” the account said, adding that they will accept donations in Bitcoin, Ethereum, and USDT.

In another fundraising attempt, members of the investment group PleasrDAO, in collaboration with Trippy Labs, an NFT studio, and the Russian art collective Pussy Riot, formed the UkraineDAO. The DAO has raised around $3 million so far.

Binance, the largest cryptocurrency exchange by market cap, has also expressed intentions to donate $10 million to help the humanitarian crisis in Ukraine. The exchange said they are also launching the Ukraine Emergency Relief Fund meant to provide emergency relief through crypto crowdfunding.

Furthermore, just recently, RELI3F, a web3 initiative to provide global humanitarian aid, released its first NFT collection in support of the people of Ukraine. The project announced today that they have raised 371 ETH in total, adding that they have deployed nearly half of that “to three vetted and operational crypto funds supporting Ukraine.”

The project said they are keeping the remaining funds for when the need arises. It said:

“Because conditions in Ukraine are also constantly changing, we are holding the remaining ETH since priorities may shift at any moment. For example, there may be a sudden, overwhelming need for medical supplies, and we want to be prepared for that.”

Notably, Gavin Wood, founder of Polkadot, announced that he would personally contribute a whopping $5 million, which is half of what Binance has promised if Ukraine opens a DOT address. The move received mixed reactions. While some asked the country to open a DOT address, others noted that he could “just swap to BTC and [then] send.”

Meanwhile, SpaceX and Tesla CEO Elon Musk has also done his part in helping the Ukrainian people. After Ukraine’s Vice Prime Minister on Saturday requested the billionaire to help the country with communication satellites, Elon Musk activated the Starlink service in Ukraine.

Nevertheless, cumulatively, the Ukrainian government and NGOs have raised $19.8 million worth of crypto, according to blockchain data firm Elliptic. As per the report, more than 50% of the donations have been made in Bitcoin, with another 38% in Ethereum.

The report also noted that some imposters are trying to abuse this sensitive situation and scam donors of their money with fake donation links. It said:

Do you think cryptocurrency is the best way to provide financial support in times of crisis? Let us know in the comments.