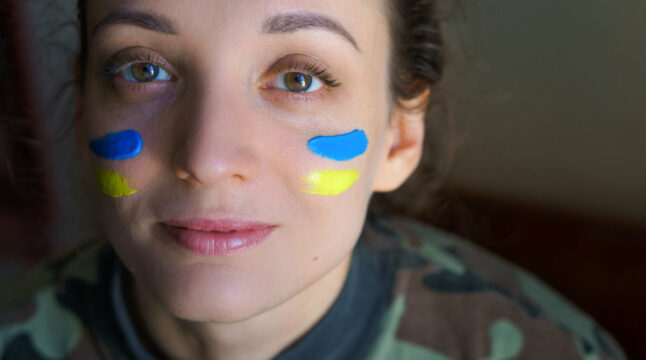 $100M+ in from Crypto Donations—Ukraine Buys Food, Medicines, and Helmets

Ukraine's resilience during the invasion and its use of cryptocurrency during a humanitarian crisis are both noteworthy.

Instead of relying on gatekeepers, such as banks or charities, crypto donations are done expediently and directly from wallet to wallet from anywhere in the world. This has allowed Ukraine to raise crypto funds quickly, transparently, and globally.

According to the Elliptic report, the Ukrainian government received crypto donations directly from people to its wallets and from the Come Back Alive NGO.

Attached to the Come Back Alive is UkraineDAO, a decentralized autonomous organization much like ConstitutionDAO, that funnels its treasury funds toward the NGO. As of March 14th, UkraineDAO has $503.8k in its treasury, almost entirely composed of ETH and stablecoins.

When it comes to the crypto assets’ structure so far received, they largely mirror market caps of the biggest cryptocurrencies, BTC and ETH, followed by stablecoins and Polkadot (DOT).

What Did Ukraine Use its Cryptocurrency Donations For?

Recently Ukraine’s Deputy Minister Bornyakov provided a background of how the country had used its crypto donations so far in the interest of providing transparency. According to the statement, the funds were used primarily to purchase bulletproof vests, medicines, food, thermal imager and optics, and helmets.

At the behest of the Ministry of Digital Transformation, the Ukrainian cryptocurrency exchange Kuna is in charge of converting the funds. Therefore, they can be promptly transformed into protective gear, medicine, and food supplies. This is on top of large traditional donations. For instance, Binance donated $10 million to Ukraine through its Binance Charity Foundation at the end of February.

Likewise, US-Based Kraken donated $10 million worth in BTC, $1,000 to each Ukrainian account without conversion fees. As the icing on the cake, Kraken funded the donation partly from Russia-based trading fees.

Donating multi-million dollar artworks in the traditional auction world is time-consuming and costly. After all, auction houses receive up to 15% commission fees from sales. Not so with NFTs, as most wallets accept them just as fungible tokens. However, they are still illiquid assets, so it too takes some time to match them with a new buyer.

Nonetheless, holders of the top five NFT collections showed up to provide support. One of the more notable ones is CryptoPunk #5364, a Male Punk sent by an anonymous donor, currently bidding for $162.2k. From across the world, Al Tylis, Mexican owner of the professional soccer club Necaxa, is selling the club’s Bored Ape Yacht Club NFT #7851, presently bidding for $205.9k.

Predictably, Alex Bornyakov took the DAO’s lead and announced official government NFT minting, as a commemoration of the Russia-Ukraine war. In an exclusive statement to the Guardian, the NFTs will include milestone news items depicting the conflict as “a museum of the Russian-Ukrainian war.”

On a final note, after the Russian ruble plummeted by 40% during the month, a new kind of deplatforming is being tried out—the internet itself. In charge of the international transfer of data are companies like Lumen Technologies and Cogent Communications, both of which hold sway over 600,000 miles of optical fiber, which constitutes a big chunk of the internet’s core infrastructure.

They not only connect Russian telecom giants TTK and Rostelecom but three top Russian mobile ISPs (VEON, MTS, and Megafon) to the rest of the world. According to a statement by Mark Molzen, Lumen’s Global Issues Director, a disconnect could be preemptive.

“We have not yet experienced network disruptions but given the increasingly uncertain environment and the heightened risk of state action, we took this move to ensure the security of our and our customers’ networks, as well as the ongoing integrity of the global Internet.”

It is often said by global leaders that no crisis should go to waste. It seems that the Ukraine-Russia conflict is poised to be a bountiful harvest.

Do you think cryptocurrency will play a vital role in transforming humanitarian aid and fundraising processes? Let us know in the comments below.