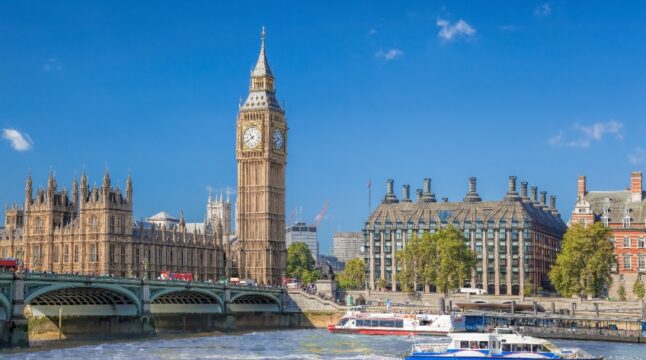 UK goverment unveiled a new $66B budget including £30 billion in spending cuts and £25 billion in tax hikes.

UK Chancellor Jeremy Hunt announced a £55 billion ($66 billion) fiscal plan to rejuvenate the country’s public finances and battered economy which has fallen into recession, according to the latest projections. The new measures, announced in the long-awaited Autumn Statement, include £30 billion in spending cuts and £25 billion in tax hikes.

The UK economy has entered a recession, said recently appointed Finance Minister Jeremy Hunt, as he unveiled a new £55 billion ($66 billion) fiscal plan aimed at addressing the hole in the public finances. The new Autumn Budget consists of £30 billion in spending cuts and £25 billion in tax hikes.

Hunt said public spending is expected to grow at a slower pace than the UK economy, with the threshold for the top rate of income tax anticipated to drop to £125,000 to £140,000. Further, energy bills in the country are set to increase to £3,000 a year from April.

These decisions represent the exact opposite of the massive tax cuts unveiled by former prime minister Liz Truss and her September mini-budget, which caused havoc in the financial markets. Truss resigned after spending just 44 days in office, making her the shortest-serving prime minister on record.

“Unfunded tax cuts are as risky as unfunded spending,” Hunt noted. He added the new budget was designed to restore confidence in the markets and show that the UK government and central bank are on the same page.

“We need fiscal and monetary policy to work together. That means the government and the Bank working in lockstep. It means, in particular, giving the world confidence in our ability to pay our debts.”

– Jeremy Hunt, Chancellor of the Exchequer.

What Other Measures are Included in the New Budget?

The new fiscal plan is expected to add additional pressure on UK residents as they continue to grapple with the highest inflation in 41 years and the longest-ever recession. The latest inflation data showed that UK consumer prices rose by an additional 1% on October month-over-month.

The Autumn Budget outlined a 10% increase in the state pension, benefits, and tax credits, as well as a boost to the National Living Wage to £10.42 an hour for adults aged 23 and above. In addition, the energy industry is set to face an increased windfall tax of 35%, compared to the previous 25%.

Alongside the new fiscal plan, the UK independent Office for Budget Responsibility (OBR) also provided a series of projections for the country’s economy, which suggest that the UK is now officially in recession. However, Hunt downplayed the concerns, saying the new fiscal plan will attempt to reduce the impact of the recession and lower unemployment.

Do you think the UK’s new fiscal plan will rise to the challenge and heal the country’s economy as promised? Let us know in the comments below.