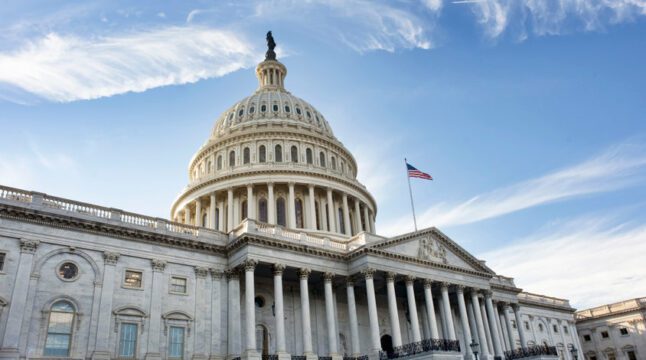 Top 3 Crypto Concerns Coming Out of the Infrastructure Bill

While the original bill suggests a lack of understanding digital assets, proposed amendments could save the day.

Though yet to be finalized, President Biden’s proposed $1.2 trillion infrastructure bill has far reaching implications—not just for the US economy, but for the digital asset space as well. The following articulates three of the most significant concerns that all digital asset users should be aware of.

The Biggest Spending Bill in Decades Outside of Relief Packages

Following the American Rescue Plan worth $1.9 trillion in March, a new massive spending bill is in the works. It is so big that Janet Yellen had recently requested a 79th extension of the debt ceiling—the previous 78 were all approved. Unlike the previous bill, this one is “only” worth $1.2 trillion and it mainly deals with infrastructural investments. In its current state, revealed last Sunday, the bipartisan bill consists of 2,702 pages.

The bill not only covers the renewal of roads, ports, highways, EV charging stations and drinking water but also high-speed internet, out of which $87 billion would be poured into 5G contracts alone. Overall, the infrastructure bill was cut in half from the initial proposal in March, which was at $2.25 trillion. As is tradition with such comprehensive legislative projects, many non-infrastructure initiatives were attached to it.

One of them is cryptocurrency regulation. About $28 billion has been allocated to enforce taxes on the crypto space. As of today, senators are going through over 300 filed amendments, with the expectation that the final vote will come up this weekend. In the meantime, let’s explore its impact on the digital asset space.

On page 2434, under section 80603, INFORMATION REPORTING FOR BROKERS AND DIGITAL ASSETS, the bill vastly expands how crypto participants are viewed. If the bill passes, brokers would become:

“any person who (for consideration) is responsible for regularly providing any service effectuating transfers of digital assets on behalf of another person.”

Defined in such a broad sense, reporting to the IRS would apply to crypto miners and validators, liquidity providers on DEX protocols, the developers of DeFi protocols themselves, and even wallet developers.

In practice, the bill would require applicable digital asset users to file Form 1099. As you know, the IRS uses this form to track down all of an individual’s income and then compare it to Form 1040 to gauge if that individual is entitled to federal income tax returns.

However, filling out Form 1099 is usually done by employers and financial institutions, unless independent contractors are hired. Effectively, this could require all crypto participants, potentially even miners, to track down their customers’ personal data, much like crypto exchanges have to employ the KYC protocol when a new customer registers.

Given the nature of the blockchain space, this feat is very difficult, if not impossible, in its current structure.

As the function of IRS reporting, this means that all crypto assets are effectively tracked. This appears to serve as a reworked leftover from the former Treasury Secretary Mnuchin that somehow snuck its way into the infrastructure bill. As you recall, before leaving office, Mnuchin dropped a crypto surveillance bomb, requiring unhosted wallets to be verified by banks or crypto exchanges.

Likewise, Mnuchin required all transactions above $3,000 to be reported, which now folds under the From 1099 reporting scheme. The latter is even lower with a $600 requirement found with Form 1099-MISC.

Reactions to the Proposed Crypto Regulations

Anyone who has taken part in DeFi protocols, either to buy NFTs, or stake crypto assets for lending, knows that users are pseudonymous. Moreover, the blockchains themselves are permissionless, with few exceptions such as Multichain, Corda, or Hyperledger. However, all of them constitute a fraction of dApps running on Ethereum, which is a public permissionless blockchain.

With the bill in its original state—excluding amendments—it would mean that both Ethereum validators and Bitcoin miners would have to deploy KYC protocols on all of their transactions. Needless to say, this is virtually impossible and it reveals that legislators don’t understand what they are proposing. Fortunately, not all of them.

Republican Senator Pat Toomey has teamed up with Senators Wyden and Lummis to propose the following amendment, aimed to correct this unworkable legislation:

“Nothing in this section or the amendments made by this section shall be construed to create any inference that a person described in section 6045(c)(1)(D) of the Internal Revenue Code of 1986, as added by this section,  includes any person solely engaged in the business of….validating distributed ledger transactions…selling hardware or software for which the sole function is to permit a person to control private keys which are used for accessing digital assets on a distributed ledger, or…developing digital assets or their corresponding protocols for use by other persons, provided that such other persons are not customers of the person developing such assets or protocols.”

In a similar vein, billionaire crypto investor Michael Novogratz, the head of Galaxy Investment Partners, has made it clear politicians have failed to do their homework before tackling the crypto space. Specifically, he addressed Sen. Elizabeth Warren, the key advocate for crypto narratives that tend to fall flat on their face.

Lastly, some good news came from the SEC Chair Gary Gensler, so much so that the Bitcoin price went up by 2% in the last 24 hours. In his interaction with CNBC’s Squawk Box, Gensler noted that Bitcoin has potential but only if it is regulated.

This aligns with Tokenist’s most recent Bitcoin analysis that too many institutional investors have joined the game to incur crippling regulations now. It is true that something could be regulated out of existence, but that doesn’t seem to be the case yet.

If anything, more precise regulations and taxing practices will normalize digital assets in the long-run. This could be great for long-term Bitcoin investors—but the extent to which it will impact the DeFi space, is entirely unknown.

Do you think it is appropriate for bills to be voted for in such a short time when it is physically impossible for legislators to read it? Let us know in the comments below.