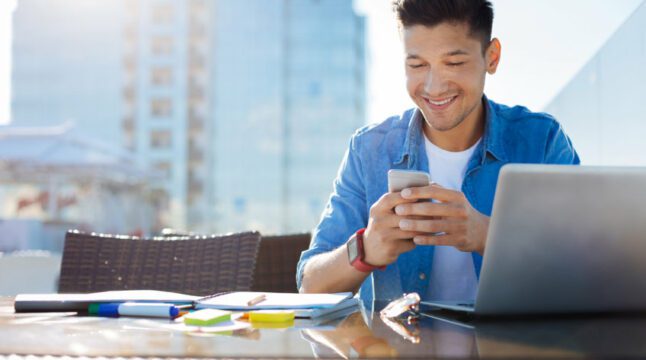 If we are to glean anything from Bitcoin’s recovery last week, it’s that technical indicators must be combined with a zoomed-out overview. Find out which factors contributed to Bitcoin’s rally, and what is likely to happen next.

A Recap of Bitcoin’s Speedy Recovery

Just over a week ago, Bitcoin’s price was barely holding within the $30k range, prompting many to prepare for the next price resistance level at around $26k. At the time, short-term BTC holders—accounting for 10.5% of BTC supply—were exerting selling pressure at a loss.

However, against that selling pressure, more people were buying the dip alongside miners, as showcased by a 36.3k BTC monthly outflow. This tapered liquidity and served as another factor to push the Bitcoin price in the bullish direction. Indeed, this panned out to be the case, resulting in Bitcoin’s 31% rally since July 21 – from $29k to over $41k (at press time).

Let’s take an overview of what else transpired during that timespan and which lessons can be learned to gauge Bitcoin’s future price moves.

In traditional finance, regular trading hours for stocks over the weekend—or at night—are off. Contrasted to crypto trading, last Sunday saw the biggest moves. Within a span of minutes, at least $110 million worth of BTC was liquidated as a result of a short squeeze.

As many know from the GameStop/AMC saga, a short squeeze happens when investors bet on an asset’s price to go down. When the opposite to their expectation happens, they stand to lose a lot of money. This occurred with Bitcoin—many investors bet on BTC’s price falling, forcing them to liquidate their short positions quickly.

Consequently, this created a buy demand surge, manifested as a sharp spike in the above chart. Since then, on July 21, BTC price saw 9 green daily candlesticks. Meaning, the daily closing price was higher than the opening price 9 times in a row.

July 30th was the first day since the short squeeze that a red candle appeared—but it was tiny. However, the blue MACD line is still above the red signal line, indicating bullish momentum. From these indicators, many signs point towards a shift between weak and strong hands.

In the investing world, ‘strong hands’ is an informal term to describe those investors with deeper pockets who engage in long-term positions, without succumbing to panic-selling. Likewise, ‘weak hands’ are traders who are mainly driven by fear and anxiety, triggering them to sell at a loss. This is exactly what we’ve seen since May’s crash.

Now, the strong hands are back. Since July 26th, over $1.2 billion in options have been put into play, mostly coming from the Deribit exchange, as can be seen from the chart below.

In other words, strong hands – whales – joined in with other investors following their wake. The question is why? The main reason appears to be that exchange inflow balance dropped. Because the BTC volume on exchanges indicates market sentiment, so does inflow to them indicate whether it is in the bearish or bullish arena.

Are whales positioning themselves for another short squeeze? If that is the case, we need to take a look at signals outside technical analysis.

Reverse Pump and Dump as a Result of Regulations?

There has been a strong push for regulations throughout the digital asset space over the last two weeks. This is happening across the entire spectrum:

While it is true that cryptocurrencies cannot be technologically banned unless the internet itself is banned, impact on the crypto space can be exerted in two ways:

Therefore, what is the most likely scenario is that crypto regulation will create FUD – Fear, Doubt, Uncertainty. During this period, BTC price may drop just enough for whales to jump in once again. In a way, this would be a reverse pump and dump.

JPMorgan is just one of major US banks that have tapped into crypto, while the world’s largest asset manager – BlackRock – has publicly acknowledged it is studying digital assets. Would they be doing so if regulations were to turn crippling for crypto assets? Both government officials and bankers intermingle within the same sphere of influence, educational institutions and business positions. This phenomenon is so entrenched that it has a name – the revolving door.

Accordingly, the crypto space will be regulated, but only to lose some of its transparency and enhance its legitimacy. Such a period should see BTC price fluctuations, ultimately resulting in an upward trajectory.

Did you buy the BTC dip during the $30k period, or are you waiting for steeper dips to come? Let us know in the comments below.