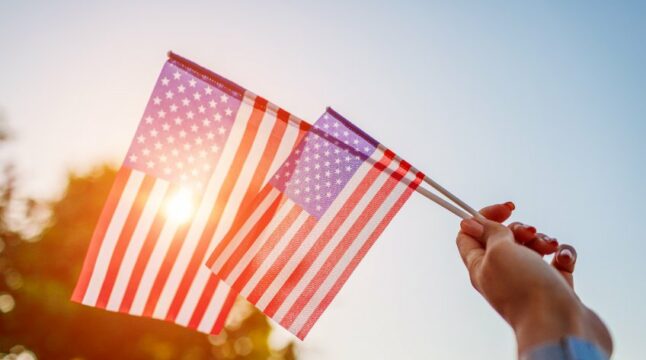 Treasury Secretary Janet Yellen is optimistic about avoiding a recession but data suggests a grim outlook in the short-term.

In an interview on ABC’s This Week on Sunday, Yellen noted several points as to why a recession is not set in stone.

Yellen noted that it will take “skill and luck” to avoid recession, but that it is possible. However, macro factors still cast a shade of uncertainty over the US economy.

Who Calls a Recession?

There are many factors that have to be accounted for in declaring a recession: rising unemployment, deflated gross domestic product (GDP) over a period of time, and a reduction in retail sales, and personal income. Because of the complexity involved, it is not up to anyone to declare recession as such.

Instead, the non-partisan National Bureau of Economic Research (NBER) has to arrive at that conclusion via its Business Cycle Dating Committee. NBER then reports it to the Federal Reserve and the US Treasury who act accordingly.

Consumer Spending: A Key Metric to Ascertain Risk of Recession

Without consumer spending staying positive, there is usually no retail sales growth. This, in turn, can lead to unemployment ramping up. As already noted, both personal income spending and DPI have increased in April.

However, it remains to be seen if May and June will hold up that trend. The next report is not due until June 30. In the meantime, it is clear that the inflation rate, currently at 8.6%, is not accompanied by wage growth. It presently sits at an unweighted 6.1% for all categories in May.

Moreover, the 40-year-high inflation rate is rapidly eating away at people’s savings. As another measure of disposable income, the personal savings rate dropped to 4.4% in April, which is a return to the Global Financial Crisis level of 2008.

Likewise, to maintain present living standards and still keep their debt obligations, consumers are tapping into their revolving credit card debt, having raised it by 19.6% in April. Needless to say, this increased total debt by 8.2% in Q1 2022.

In raw numbers, credit card debt surged to $1.103 trillion. Given the fact that the top 20% of households by income level hold 49% of real estate, it is also not surprising that total US household debt is driven by mortgages.

In conclusion, what does Yellen mean by “skill and luck” given these data points? First and foremost, it is difficult to take someone seriously after repeatedly failing to consider that a historic money supply increase will not cause runaway inflation.

Additionally, given the lowest personal savings rate in 14 years, it’s clear that $5 trillion spent on stimulus checks has been exhausted:

In other words, when Ohio police have to cut down on regular patrols due to soaring gas prices, this is not a good sign. Inflation may have already eaten up the stimulus check windfall, but high gasoline prices are even more detrimental for all goods and services dependent on transportation.

This is a major reason why consumer confidence is at an all-time low, triggering a selloff across all markets. In the last five days, only Nasdaq (NDAQ) has been up compared to the Dow Jones Industrial Average (DJI) and S&P 500 (SPY) indices.

Crypto assets are still having a bad week, due to all the leveraged liquidations. As Bitcoin briefly dipped under $18 in the last two days, $600 million worth of liquidations transpired. Of course, the contagion spread from Terra’s meltdown into Celsius and 3AC had a further selloff effect.

If low consumer confidence is to budge, substantial positive news about gas prices should follow. This will be clarified after President Biden meets with Saudi Arabia officials next month.

Due to lagging reports, do you expect we are already in recession, as Elon Musk pointed out last month? Let us know in the comments below.