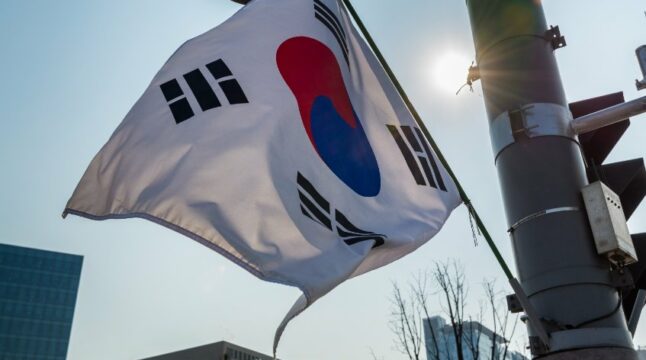 South Korea is making efforts to freeze around $67 million in bitcoin linked to Terraform Labs founder Do Kwon, according to Bloomberg. The move comes just days after Interpol issued a red notice to find and arrest Kwon, suspected of violating South Korea’s financial laws.

Prosecutors in South Korea contacted local crypto exchanges KuCoin and OKX to freeze roughly $67 million worth of bitcoin (BTC) linked to the runaway founder of Terraform Labs, Do Kwon. The funds have been reportedly transferred to the venues from a wallet belonging to Kwon’s Luna Foundation Guard, according to the Seoul Southern District Prosecutors’ Office.

Research firm CryptoQuant found that a new crypto wallet address linked to the Luna Foundation Guard was created on September 15, from where 3,310 BTC were moved to KuCoin and OKX exchanges. This happened a day after a court in South Korea issued a warrant to arrest Kwon and five other individuals.

– CryptoQuant wrote in an emailed statement.

However, Kwon denied that he is on the run and tweeted on Monday that he is “making zero effort to hide,” saying he even goes “on walks and malls”. Kwon’s current location remains unknown after Singapore’s authorities said earlier this month he’s no longer there.

Kwon was also the CEO of Terraform Labs, a crypto firm behind the collapsed algorithmic stablecoin TerraUSD (UST) and LUNA. Several months ago, Kwon established the Luna Foundation Guard to protect Terra’s peg to the U.S. dollar by accumulating a reserve of crypto funds that could be used during periods of turmoil.

According to the blockchain firm Elliptic, the LFG purchased $3.5 billion worth of BTC between January and March. However, the reserves did not do much good when Terra and LUNA collapsed after Kwon and LFG said they spent nearly all of the funds to stabilize the tokens.

The debacle has wiped an estimated $60 billion off the crypto space, sending numerous firms into liquidation. Following the crash, Terraform Labs launched a new blockchain Terra 2.0 after a hard fork, while the old blockchain was rebranded as Luna Classic (LUNC).

Do you think Do Kwon really breached South Korea’s financial regulations? Let us know in the comments below.