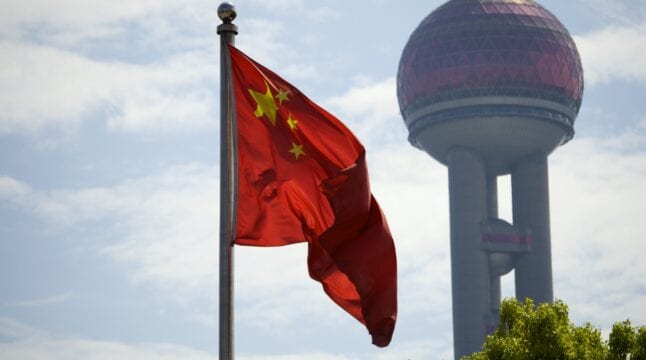 China is the world’s largest crypto mining hub; it is estimated to host around 75% of the world’s Bitcoin mining hashrate. If the country sticks with its restrictive policy, we will soon witness a grand shift of miners from China — which will deprive China of the millions of dollars it currently earns from Bitcoin mining.

Starting late last May, China’s State Council signaled a crackdown on cryptocurrency mining, exacerbating the already started Bitcoin slide. While, at that time, this news was interpreted as the reiteration of old policies—and to a big extent that was true—the country seems to be determined this time.

On May 23, the news came out that Huobi has halted its miner hosting services in China. One day later, on May 24, Btc.top and Hashcow unveiled that they would stop selling machines to clients in China. And now, China is shutting down Bitcoin mining hubs in Sichuan one after another.

To a large extent, this crackdown on crypto mining was considered to be induced by climate concerns. However, with China taking steps to halt mining operations in Sichuan, this reasoning loses authenticity. A look at Sichuan’s power source reveals how.

The annual spring rains create many opportunities in China’s Sichuan province, but the most obvious one is abundant hydroelectricity. The rainfall is stored in a reservoir, and once released, it produces clean and cheap electricity.

“During the high-flow period [in the summer], the amount of power generated triples.”

Considering that such a large amount of hydropower is not used for crypto mining, this could lead to a great waste in the country’s resources. According to the prominent Chinese journalist Colin Wu, the fulfilment of this policy is still unknown:

Nevertheless, a practical way to keep track of China’s advancements in banning crypto mining operations will be to keep a close look at Bitcoin and other assets’ hashrates.

Exactly the time that China’s policy to halt crypto mining operations in the environment-friendly province of Sichuan makes little sense, news comes that the country has rolled on ATMs that can convert digital yuan to cash. As per the news, Chinese banks have rolled out more than 3,000 ATMs with this feature.

The Industrial and Commercial Bank of China (ICBC) has added the digital yuan exchangeability feature across its 3,000 ATMs in Beijing. Of these 3,000 ATMs, 10 ATMs with this feature have been activated in the Wangfujing district, a major business and shopping area in Beijing.

Moreover, to further incentivize its citizens to adopt this new form of money, China has conducted several giveaway lotteries. Up until now, six of the biggest Chinese cities have conducted 11 rounds of e-CNY giveaway lotteries. In total, the lotteries gave away 250 million in digital yuan, approximately $40 million.

Arguably, China is extending its ongoing e-CNY tests to prepare for a full roll-out. However, it appears that the country discerns cryptocurrencies as a competitor to its digital yuan. This may be the reason behind the country’s irrational policy to ban hydroelectric crypto mining.

Crypto Mining Ban “is a Tragedy for China”

However, if a crypto mining ban proceeds in China, we will certainly witness a substantial decline in China’s profit from Bitcoin and other altcoins. CEO Michael Saylor also points out that China will be the only one affected if it bans crypto mining:

Nevertheless, the huge army of Chinese miners will surely need to find a more favorable place. Among all places, Texas can be the most beneficial and advantageous one. With its abundance of renewable energy (solar and wind), its unregulated market, and its crypto-friendly political stance, Texas makes a nearly perfect alternative for those miners that can manage to reach there.

But Texas isn’t the only place in the US trying to attract miners.

Miami Mayor Francis Suarez has asserted that he is striving to make the city an attractive place for Bitcoin miners. Miami has an unlimited supply of low-cost nuclear energy — everything a miner can ever need.

While Miami already has lower electricity costs than most other cities, Suarez stressed that he is consulting with the Florida Power & Light Company to further reduce the price of electricity. As of now, the average electricity per kilowatt-hour in Miami costs 10.7 cents, while the national average costs 13.3 cents.

“We want to make sure that our city has an opportunity to compete. We’re talking to a lot of companies and just telling them, ‘Hey, we want you to be here.”

In addition, Suarez is one of the most crypto-friendly politicians in the US, which makes Miami an even more attractive option to miners.

Why do you think China is so determined to ban crypto mining operations—even in environmentally-friendly areas? Let us know in the comments below.