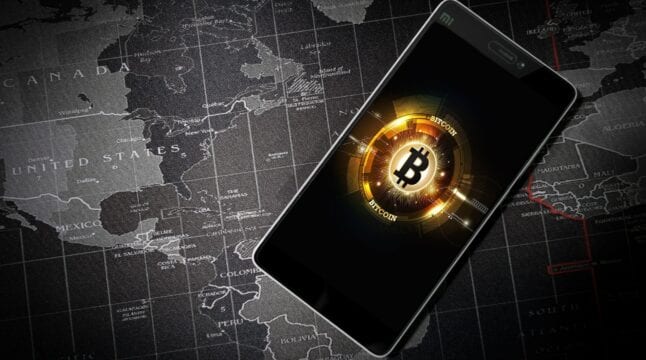 Bitcoin: End of a Market Cycle or Just a Bump in the Road?

Corrections often happen during a bull run. BTC dipped many times before and came back stronger—what's new this time?

Recently, the entire crypto market witnessed an unanticipated crash, which resulted in over half a trillion dollars being wiped off from the market. Bitcoin, as the most distinguished and looked upon cryptocurrency, plunged more than 40%, at one point dropping to as low as $30,000. While Bitcoin is no stranger to steep corrections, such a slide was not contemplated—at least not for now.

2021 was a distinct year for Bitcoin considering that institutions and top-tier financial firms acquired huge amounts of the coin. This led many to believe that this bull cycle will extend longer, even maybe throughout the entire 2021 and 2022. However, looking into the present market status, is the bull run over?

Cycles exist in all markets, and smart investors who have the sharp eyes to recognize the different phases of a market cycle will end up raking in huge profits. Bearing this in mind, it would be of great significance to study the leading cryptocurrency’s full cycles (from the accumulation phase to when prices crash and the market enters the next cycle) over its history, and seek insights that can help us navigate the current cycle.

Bitcoin’s volatile and exponentially growing history is well-known to everyone familiar with the crypto space. In 2010, Bitcoin’s first price rise occurred as the value of a single coin jumped from around $0.0008 to $0.08. Though, Bitcoin did not reach $1 in 2010.

The very first Bitcoin bull market lasted only 3 months and ended up losing up to 93% of its value during the following bear market. Of course, at that time, the market was extremely immature and investors were keen to take some profit out of their acquired assets.

It is good to note that this bull market didn’t go through many dips. In fact, there was merely a 15% correction, and other than that, the bull market was pretty much ubiquitous.

Bitcoin embarked on another bull cycle starting in late 2011. While there were several brief dips (each between 20-30%) along the way, bitcoin bulls remained generally in control during 2012 and into early 2013.

Throughout this bull cycle, Bitcoin price skyrocketed from $2.14 to a new all-time high of around $212, accounting for approximately 10,000% gain. However, as Bitcoin entered a bear market, its price fell nearly 70% over one week to below $66.

The bull and bear markets of this cycle were both triggered by China. The bull market was inaugurated as countless Chinese investors started speculating on Bitcoin, prompting the price to peak above $1200 by late November.

In early December 2013, for the very first time, China banned financial institutions from using Bitcoin, triggering the longest bearish cycle in cryptocurrency history. Eventually, after more than a year, Bitcoin price bottomed out below $200 in January 2015, losing more than 84% in this bear market.

A record-high correction of 82% happened between April 10 – 12, 2013, which coincides with the bull market of this cycle. Another relatively sharp correction that happened during this bull run was a 50% correction that occurred on November 19, 2013.

The bull and bear markets of this cycle are the most famous ones in Bitcoin history, as for the first time, prominent media outlets started covering news regarding the leading cryptocurrency.

The bull market of this cycle, so far, is Bitcoin’s longest known bull run—of course, we will need to see what happens with the current cycle. Delivering almost 10,000% gains, Bitcoin price in this bull run peaked near $20,000 from a low of $200. The accompanied bear market began right after Christmas 2017 and continued till Bitcoin lost over 83% of its value, reaching around $4,000.

The bull market of this cycle experienced numerous steep corrections, here they are:

Looking at the above data, we can see countless examples of when a bull market continued despite having corrections as sharp as 82%. Bearing this in mind, we can keep a more open mind to the reason behind the current market situation and consider other possible explanations, too—after all, the dip we have seen recently is nothing new comparatively.

Can This Dip Be a Market Manipulation?

Numerous data points reveal that while retail investors are panic selling, institutions and whales are enjoying the cheap Bitcoin price and are accumulating. In confirmation of this hypothesis, Glassnode founders Jan Happel and Jann Allemann shared a Glassnode chart that shows financial institutions continue to massively buy the Bitcoin dip.

Crypto experts, too, have been warning regarding the FUD, and are advising the new stream of investors who are experiencing their first Bitcoin dump to avoid panic selling. Some are even revealing documents to further confirm the “engineered manipulation” theory.

Another relatively hot explanation for the current market situation—market manipulation if you will—is Wykoff distribution. Originally exposed by YouTube user uncomplication, the Wyckoff pattern consists of a series of sharp up and down price movements that creates some elongated distribution, somehow tricking investors into entering the market at the wrong timeline.

Has the Crypto Bubble Burst?

It is more than frequent to hear cryptocurrencies are in a bubble, more often from detractors and seldom from established crypto veterans. Bubble, which is routinely used to disparage the crypto market, refers to a situation where the price of a specific asset—in this case, a coin—is overvalued compared to its intrinsic value.

Bubbles occur all the time, mainly ascribable to a surge in prices that is driven by vivacious market behavior, resulting in a boom in an asset’s price. However, this boom is followed by a sharp decrease in value, usually referred to as a “crash” or a “bubble burst.”

According to the Ethereum creator Vitalik Buterin, so far we have had “at least three big crypto bubbles.” One that anyone can easily recall is the late 2017 crypto crash, where Bitcoin lost more than 65% of its value, dropping from as high as $20,000 to around $4,000. Buterin explains why these bubbles burst:

And often enough, the reason the bubbles end up stopping is because some event happens that just makes it clear that the technology isn’t there yet.

Are we in a crypto bubble right now? Maybe, we can’t understand up until the bubble bursts. Answering this question in an interview with CNN Business, Buterin stated the cryptocurrency bubble “could have ended already,” or “it could end months from now.”

Is the current market dip a natural correction? Is it market manipulation? Is crypto in a bubble right now? Let us know what you think in the comments.