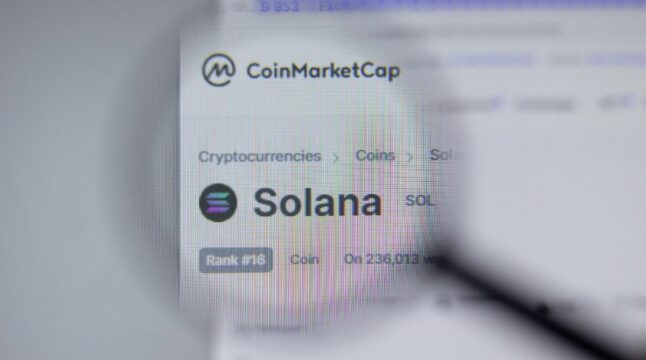 Solana Down 80% YTD as Transactions Dwindle

Solana's downturn continues amidst fear over a looming legal issue.

With an impending court case on the horizon, the Solana ecosystem has continued to see a further downturn in its token price and transaction count. The latest development continues a problematic year for the alternative layer-1 blockchain that has had several network halts in recent times while striving to be a top name in smart contract blockchains.

On-chain data suggests that Solana has been on a downtrend since the start of the year. According to Solscan, the total transaction count for the entire network was around 80 million at the beginning of the year. Since then, the number has dropped over 56% to its current value of 35 million.

Furthermore, the decline in the number of transactions has had a cascading effect across the entire network. According to Kaiko, the price action of major protocol tokens within the ecosystem has seen significant drawdowns. As seen in the chart above, Tulip, Serum, Raydium, Solend, and Mango have all seen their prices fall by nearly 100%.

Not to be exempted, the SOL token has declined similarly to the various protocols on the blockchain. The chart shows that Solana started the year at $177. Since then, it has dropped over 80% to its current price of $33.6.

Consequently, its performance shows that the $80 mark was a significant support level in the year’s first quarter. After testing the support several times, the second quarter of the year saw a brief rally in price to $140. A further decline ensued, with the former support level failing to hold and the price reaching near $30 amidst broader issues within the crypto space.

However,  the start of the third quarter has Solana trading within a tight range between $30 and $40. Nonetheless, the recent news of an impending lawsuit has seen investors look to sell their holdings, leading to a further decline in the price of the native Solana token.

Following the announcement of the impending class action suit, some crypto enthusiasts took to Twitter to urge investors to dump their holdings. They claim that the court case may spell doom for Solana once FUD about the ecosystem kicks in.

However, Solana is not the only major crypto industry player with an impending court case. Binance, the largest crypto exchange, also faces severe scrutiny from government institutions. Meanwhile, Ripple has also had similar court filings made against them.

The impending court case and incessant halts of the Solana network have led to drawdowns in price and activities on the blockchain. However, another significant reason that has played an even more substantial role, is the crypto winter facing the entire market.

Since hitting a new all-time high in November 2021, Bitcoin and the entire crypto market have experienced massive selloffs.  According to Coinmarketcap, BTC’s price has fallen over 70%, from $69,000 to its current $20,000 value. The decline has had far-reaching consequences, with a bear market in full swing.

Global macro headwinds like the Russia-Ukraine war, rising inflation globally, Covid lockdown in China, and interest rate hikes have all had an effect. Also, the recent Terra-luna debacle led to several companies going bankrupt, and a Korean government investigation contributed massively to the price decline.

With the entire market declining, Solana’s price has simply followed suit. Over the last 24 hours, the digital asset has declined by over 6%. After trading in a tight range earlier in the day, the price plummeted to $35.35. Subsequently, it rallied to $33.94 before losing some of its gains and falling back to $33.56.

Do you see a further downside for Solana or expect it to recover? Let us know your thoughts in the comment below.